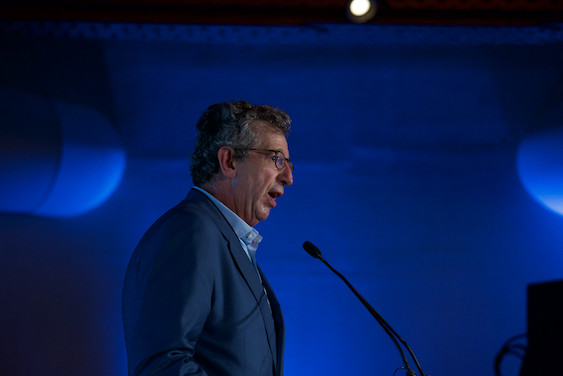 The Real Estate Board of New York’s (REBNY) Board of Governors today voted unanimously to approve William C. Rudin to succeed Rob Speyer as REBNY Chairman.  Speyer’s term ends in December 2017, and Rudin’s three-year term will begin on January 1, 2018.

Rudin is the CEO and Co-Chairman of Rudin Management Company. Along with his cousin Eric Rudin, he oversees the Rudin real estate portfolio of 16 office towers comprising more than ten million square feet of Class A space and 20 luxury apartment buildings, all in New York City.

Rudin is one of America’s strongest and most influential voices advancing pro-business public policy in Washington, DC, Albany and New York City. His focus is promoting policies that will continue diversifying the city’s economy in order to generate jobs and bring renewed vitality to New York City’s businesses and its commercial and residential real estate marketplace.

“This is a tremendous honor and responsibility, and I look forward to working with REBNY to represent the real estate industry in New York City,” said  Rudin. “Service to our city and industry is paramount to me and my family, and taking on this role next year is a natural extension of that dedication. Rob Speyer has set the bar high for the REBNY Chairmanship, and I am grateful to the Nominating Committee and the Board of Governors for their trust and confidence in me.”

“Bill Rudin is the very definition of a civic leader. His commitment to making New York a better place is an inspiration.  REBNY will be in good hands under his smart and thoughtful leadership,” said  Speyer, REBNY Chairman.

Speyer, CEO and President of Tishman Speyer, will remain REBNY Chairman for the balance of 2017. During his tenure, Speyer led REBNY’s negotiations with the Building and Construction Trades Council of Greater New York as well as the state’s legislative leaders and Governor Cuomo that resulted in the recently enacted Affordable New York Housing Program. Speyer has presided over REBNY’s growth to its current record level of more than 17,000 members.

REBNY President John Banks said, “I cannot imagine two better Chairs to have an opportunity to work with at the start of my own tenure with REBNY. In every way, Rob and Bill represent the very best of New York’s real estate community. I am grateful for my experience with Rob and I am looking forward to working with Bill.”

A REBNY member for 30 years, Rudin has served as a member of REBNY’s Executive Committee since 1991 and as a member of the Board of Governors since 1987.  He is a recipient of REBNY’s highest honors- The Harry B. Helmsley Distinguished New Yorker Award in 2007 and in 2015, The Bernard H. Mendik Lifetime Leadership in Real Estate Award.