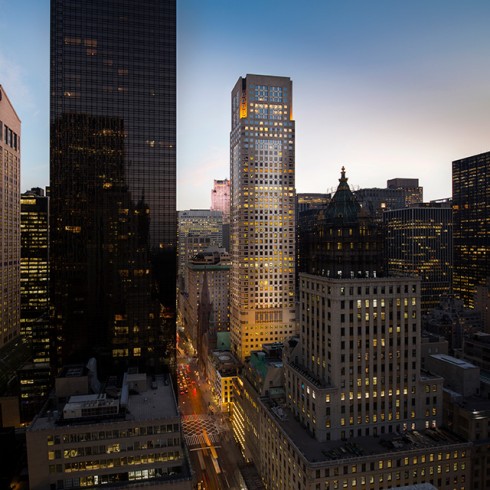 Paramount Group has secured $300 million in financing for 712 Fifth Avenue in Midtown Manhattan.

The 10-year loan has a fixed rate of 3.39 percent. The company plans to use the funds to repay the building’s existing $246.5 million mortgage, which was scheduled to mature in March of next year.

“This financing is yet another example of our ability to take advantage of the attractive credit markets for our high quality assets,” said Wilbur Paes, Paramount’s Executive Vice President and Chief Financial Officer. “Over the past two years, we have fortified our balance sheet and have not only reduced our weighted average borrowing costs by over 185 bps but we also have no remaining debt maturities until the end of 2021.”

According to an earlier report from Commercial Mortgage Alert, Paramount considered several quotes for the mortgage, including five, seven or ten year loans that have either fixed or floating rates. Lenders reportedly indicated that the building is worth more than $600 million.

The property, a 52-story building near West 56th Street, is said to be near full occupancy. The tower’s ground floor retail space is occupied by fashion retailer Henri Bendel.

Paramount bought the property in 1998 for $284 million or $525 per s/f, which, at the time, stood as the price per square foot record for an office tower in the US. Paramount owns a 50 percent stake in the property. The remaining share is held by an unnamed German family.