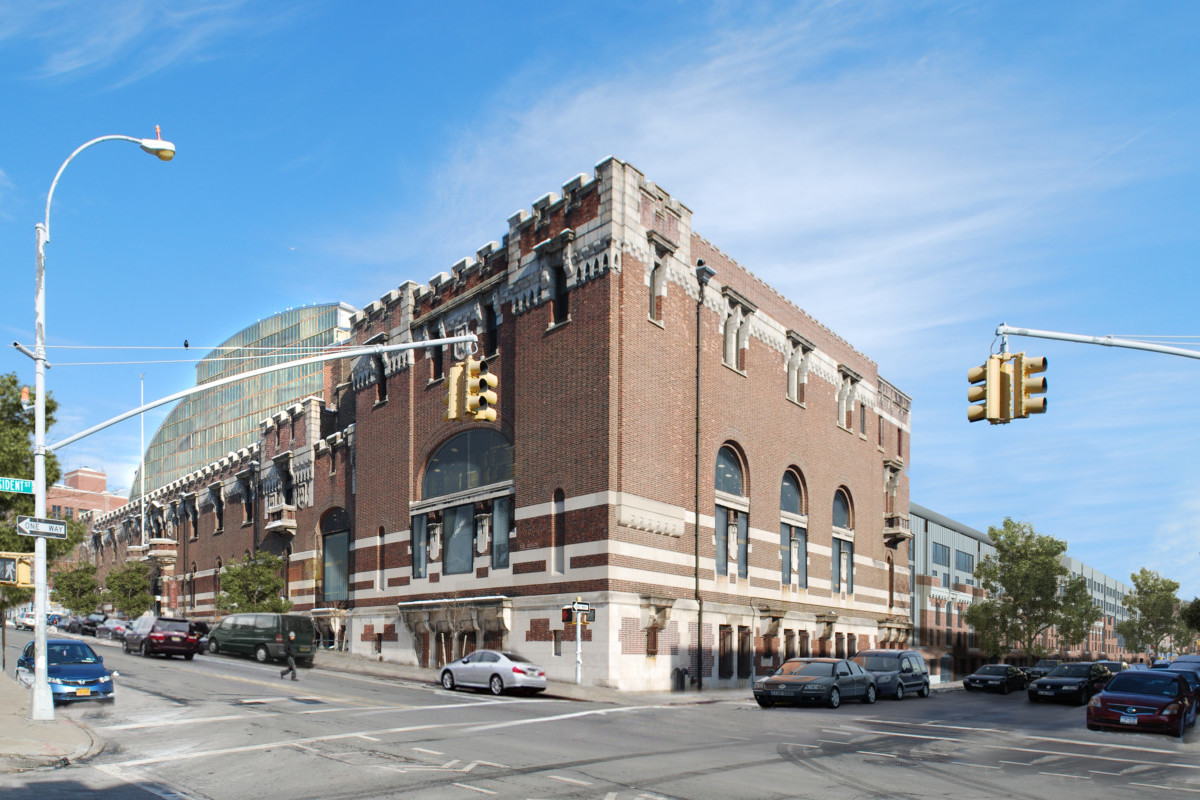 BFC Partners, the Local Development Corporation of Crown Heights (LDCCH) and 32BJ SEIU announced that new development at the Bedford-Union Armory in Crown Heights will provide jobs for building service workers at the site.

Workers at the Amory will include longtime Crown Heights residents and all will be paid the family-sustaining building service worker prevailing wage and benefit rate.

The Armory developers also announced a new partnership with 32BJ that will provide local residents with the training and resources needed to become doormen, porters, janitors, security officers, superintendents and pursue other middle-class careers.

The training program will be overseen jointly by BFC Partners and 32BJ and will be officially launched alongside Crown Heights community stakeholders later this year.

“We are proud to work with 32BJ to make the revitalization of the Bedford-Union Amory a win-win for residents and workers in the Crown Heights community,” said Don Capoccia, principal at BFC Partners.

“Our long-term partnership with 32BJ will also provide local residents with new pathways to the middle class for themselves and their families.”

“We are excited to collaborate with BFC Partners on a local training program that will help even more Crown Heights residents gain good jobs and career opportunities.”

The redevelopment of the historic Bedford-Union Armory will revitalize a long-vacant building with new recreational facilities, community space and affordable housing for the Crown Heights community.

The Armory’s new 67,000- s/frecreational space will include basketball courts, multi-sport courts and a competitive-length swimming pool to serve local youth sports leagues, senior programs and others.

New commercial office space will be offered at discounted rates for local small businesses and non-profits in need of affordable rents.

The Armory will also include a 330-unit rental housing building with 50 percent affordable housing, as well as new condominiums, of which 20 percent will be affordable to middle-income homeowners.

BFC Partners, LDCCH and CAMBA previously announced that six non-profit organizations will gain new permanent, affordable homes at the Armory, enabling them to provide free or low-cost programming to Crown Heights and the Central Brooklyn community for years to come.

The Armory plan is expected to enter the city’s land use review process in the coming months.