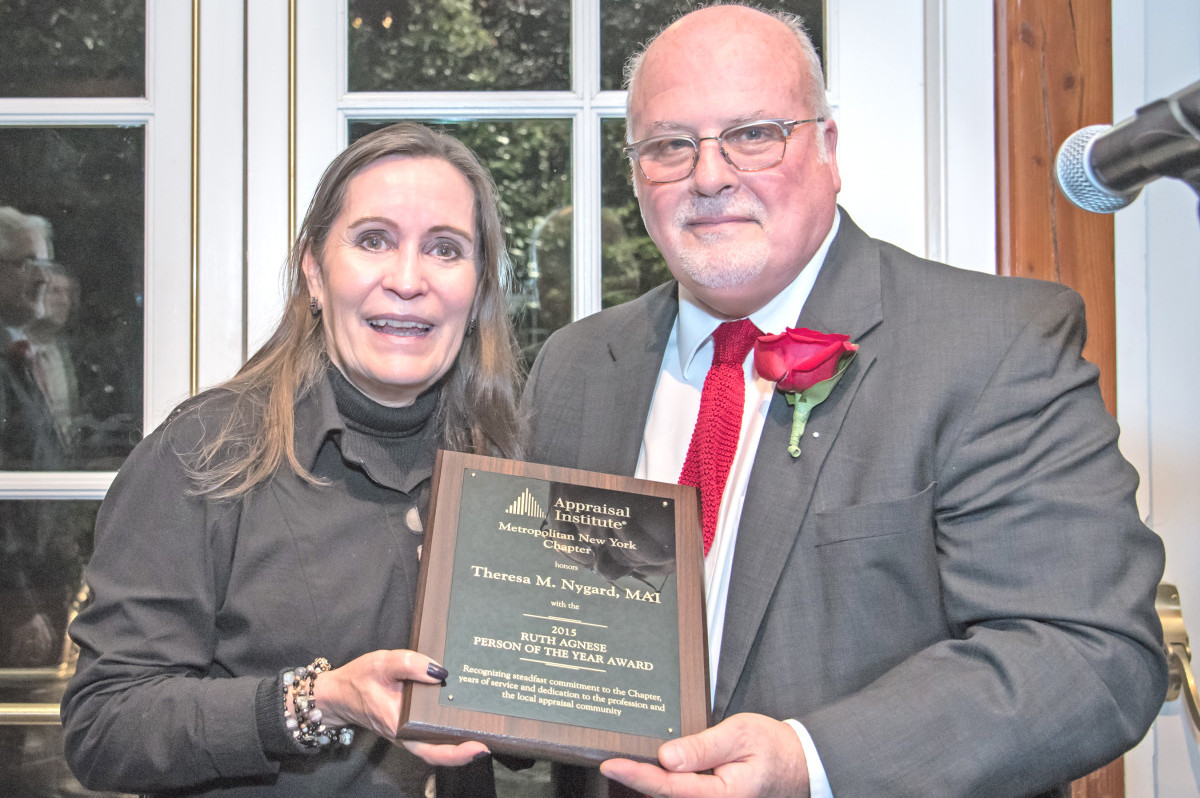 Appraisal Institute names KTR’s Nygard as Person of the Year

Nygard was selected for the prestigious annual award by outgoing president, Sharon Locatell, president, Appraisers and Planners, Inc., for her outstanding contributions to the appraisal industry and the New York chapter.

Nygard has more than 30 years of commercial appraisal experience and is in charge of litigation support activities at KTR, focusing on the appraiser’s role in arbitration and court proceedings, including condemnation, bankruptcy and other litigation situations.

Before joining KTR, Nygard was senior vice president at a major New York City boutique appraisal firm, where she spent 18 years developing a practice involving land valuation for ground lease arbitration proceedings, preparation of reports for presentation to the Board of Standards and Appeals and the Landmarks Preservation Commission and handling cases involving complex zoning and land use issues.

Nygard has held a variety of positions on the Metropolitan New York Chapter of the Appraisal Institute’s board of directors and served as 2012 president.

Most recently, she organized and chaired the Chapter’s 2015 annual conference and organized a seminar on “The New York City Zoning Resolution” as well as serving as an expert panelist.

Nygard is shown with Daniel F. Sciannameo, MAI, MRICS president, Albert Valuation Group New York, Inc., who received the award in 2013. The award is named to honor Ruth A. Agnese, an active member and past president of the Metro NY Chapter, who passed away in 2013.