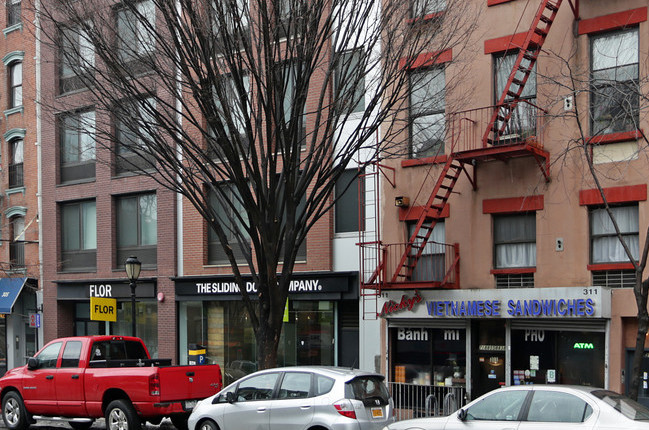 Cushman & Wakefield has been retained to sell a four-building, 27,968 s/f mixed-use portfolio on the border of Midtown East and the Upper East Side.

The two sites, consisting of four buildings, 784-786 Lexington Avenue and 1020-1024 Third Avenue, are being marketed together and offer a total of approximately 77,000 gross buildable square feet.

“This is a retail driven portfolio of prime mixed-use assets in premium avenue locations between Midtown East and the Upper East Side,” said Olsen.

Two of the commercial spaces are newly vacant and the third is occupied by Chipotle.

Holliday Fenoglio Fowler announced the sale and a $9 million financing deal for The Atlantic Stamp Building, an eight-story, 26-unit property at 307 Atlantic Avenue on Boerum Hill.

Twining Properties acquired the property on behalf of one of its clients. Twining’s acquisition efforts were led internally by Ed Rotter and Brian Hong.

Completed in 2010, the Atlantic Stamp Building has 26 studio, one- and two-bedroom apartment units and 3,544 s/f of ground-floor retail.

Eastern Consolidated has been retained to sell a 7,039 s/f retail condo at 900 First Avenue, which is fully leased to Chase, Dunkin’ Donuts and Westcliff Pharmacy.

The asking price is $13.75 million for the space at the base of the Grand Beekman Condominium, two blocks north of the United Nations in Midtown East.

Tapper said, “The retail condo offers the stability of a fully leased income-producing property, while containing inherent upside potential over the long term.”

A development site near the giant Hallet’s Cove has hit the market at $14.6 million.

The site consists of two contiguous tax lots, with a total footprint of 25,473 s/f zoned R6, as well as a vacant lot, and is improved with a 20,000 s/f warehouse, which is being leased on a month-to-month basis.

“There is heightened interest in Astoria due in large part to the seven-building Hallets Point project currently under construction,” saied Holloman.

“The availability of this site on 4th Street comes at an opportune time for developers who want to become involved in one of Queens’s most rapidly changing neighborhoods.”

TerraCRG is marketing three adjacent mixed-use buildings in Bushwick – 373, 375 and 379 Knickerbocker Avenue — at an asking price of $9.95 million.

“This stretch of Knickerbocker Avenue is one of the most dynamic retail locations in New York City and we expect significant upside in the retail tenancy in the near term,” said Bijou.

“The opportunity to own 75 feet of retail frontage on Knickerbocker Avenue along with a substantial residential component is extremely rare.”