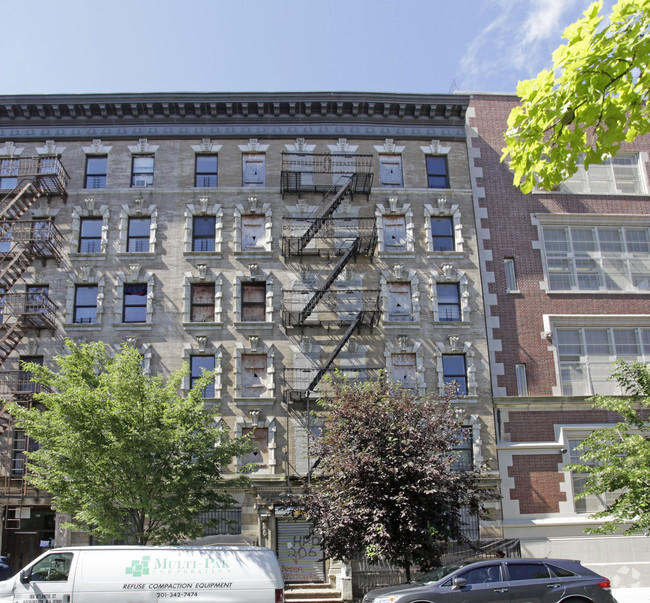 A group of Harlem residents are suing the city for keeping them out of their homes for the past decade.

The Legal Aid Society filed the initial stages of a lawsuit this week claiming that the city breached its agreement with six tenants who were offered a path to home ownership but have instead spent the last 10 years in temporary housing.

According to a statement from the society, a not-for-profit public interest firm, the lawsuit was filed on behalf of a tenant association at 206 West 120th Street in Harlem (pictured top) which claims members have been wronged by an unlawful termination from the city’s Tenant Interim Lease Program, or TIL.

The city initiative creates a mechanism for low-income tenants to inhabit city-owned real estate, co-operatively own and operate their own buildings, and permanently increase affordable housing stock.

While the city’s department of Housing Preservation and Development, HPD, which administers the TIL program, claims that the tenants’ agreement with the city was terminated due to the failure of two tenants to pay their rent and enter into repayment programs in addition to filing incomplete financial reports, a lawsuit disputes those claims and alleges that HPD’s mismanagement, frequent departmental turnover, and lack of communication were to blame.

“This winter will mark a decade of displacement; of holidays away from home, and broken promises,” said Jason Wu, Staff Attorney with The Harlem Community Law Office at The Legal Aid Society.

“But my clients are not giving up, and The Legal Aid Society will fight every step of the way to get them home and force the City to keep their promise.”

According to the lawsuit, residents were initially moved and placed into temporary housing just under a decade ago to make way for city-funded renovations as offered through the program. The building, however, is still shuttered.

“[HPD] works closely with the tenant associations in these properties to provide the support they need to prepare for the responsibility of homeownership,” said a representative for HPD. “While not all tenant associations are able to meet the milestones required to remain in the homeownership program, those buildings still get rehabilitated, tenants get rent stabilized leases and the additional affordability protections of an HPD regulatory agreement.”

HPD did not respond to further request for comment on why renovations have taken nearly 10 years.
The lawsuit is asking to have tenants of the association re-enrolled in the program and prevent the property from entering into the city’s Third Party Transfer program by which the building could be sold to interested developers.

Exhibits submitted in the Legal Aid Societies petition include an audit from the state comptroller’s office penned in 2000 show that properties remained in TIL — created in 1978 — for an average of 16 years before being returned to private ownership.

The City’s Department of Investigation is currently investigating TIL for abuses that range from money stolen from a tenants association by residents, tenants allowing squatters to live inside buildings, and incompetence by HPD officials assigned to administer the program.