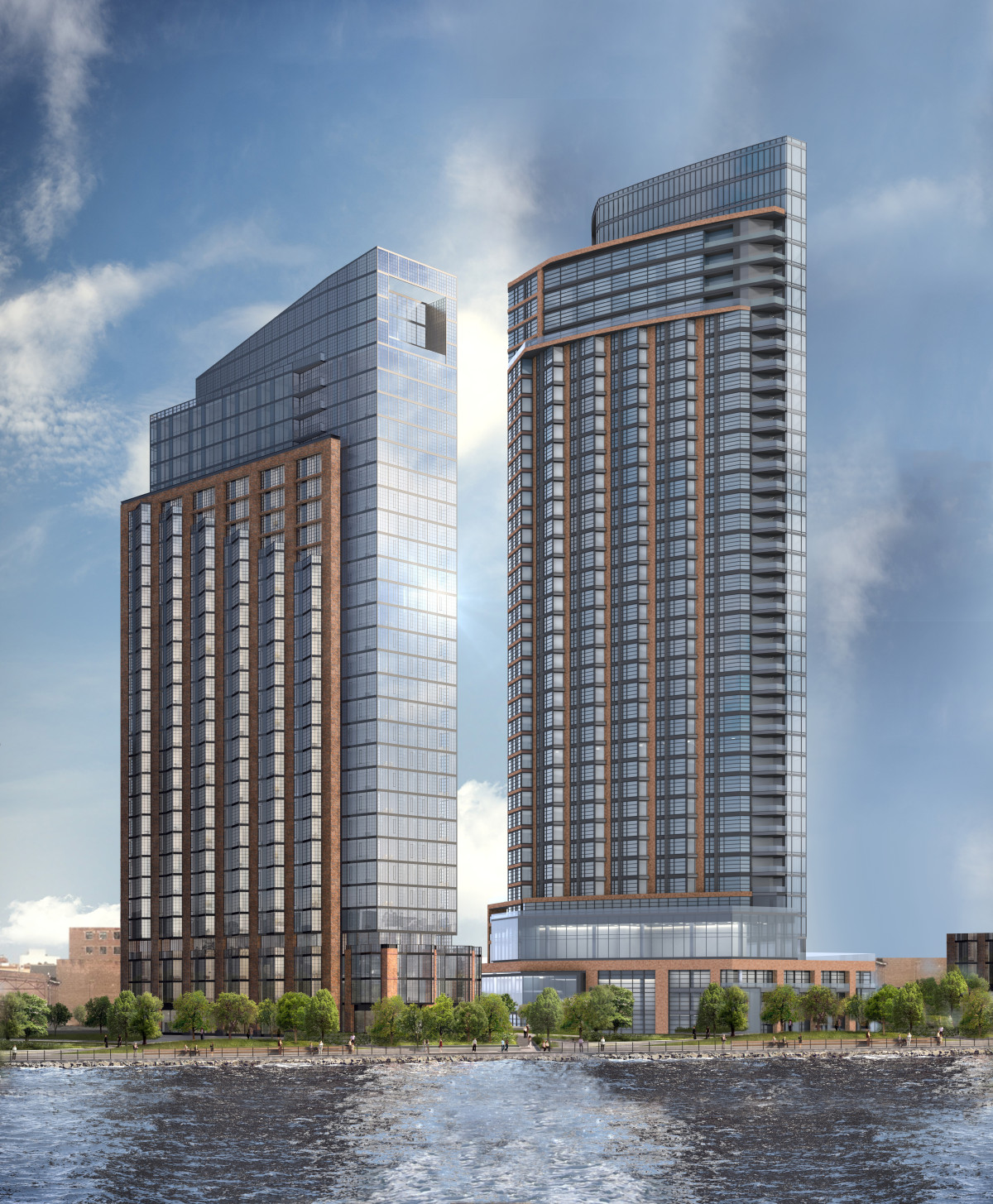 In a joint venture, with Park Tower Group, the company will build two highrise rental buildings in the master-planned community known as Greenpoint Landing.

The buildings are part of the first phase of the 10-tower, approximately 5,500 unit Greenpoint Landing development (1,400 of which are affordable) on the Brooklyn waterfront.
Greenpoint Landing is a 22-acre site along a half-mile of East River waterfront. In 2005, the City of New York designated the site for residential use under the Greenpoint-Williamsburg rezoning.

When completed, Greenpoint Landing will include four acres of dedicated open space; including a waterfront esplanade, public parks, a Great Lawn and a reconstructed public pier.

The site was master planned by Handel Architects and James Corner Field Operations.
Construction is expected to commence in the first half of 2016 with an estimated completion in 2019.

The first tower is 30 stories with 365 units; the second is 40 stories with 415 units. Total project costs are estimated to be $600 million.

“We are excited about this multifamily development opportunity and for this partnership with the Park Tower Group. This is an important addition to our growing multi-family platform,” said Ric Clark, CEO of Brookfield Property Group.

“It is compelling to be part of a large development in a vibrant community that will provide housing choices for many New Yorkers.”

Marian Klein, senior vice president of Park Tower Group, said, “We are proud to be a joint venture partner with Brookfield in developing the first phase of our Greenpoint Landing project and bringing residential opportunities and waterfront access to the community.”
Brookfield Property Partners is one of the world’s largest commercial real estate companies, with over $60 billion in total assets

Over the past five years, the company has expanded into the residential market and now owns or has interest in 40,000 multifamily units, including the 62-story Manhattan West apartment tower near the Hudson Yards that is due to be complete in 2018.

L+M development is partnering on the first phase of Greenpoint Landing to build what’s known as the G3 and E3 towers at 21 Commercial Street and 33 Eagle Street, both of which will be “100 percent affordable residential buildings.ˮ

Both buildings will include studio, one-bedroom, and two-bedroom units as well as ground floor retail space anticipated to house small, local businesses. Construction is expected to commence in 2014.