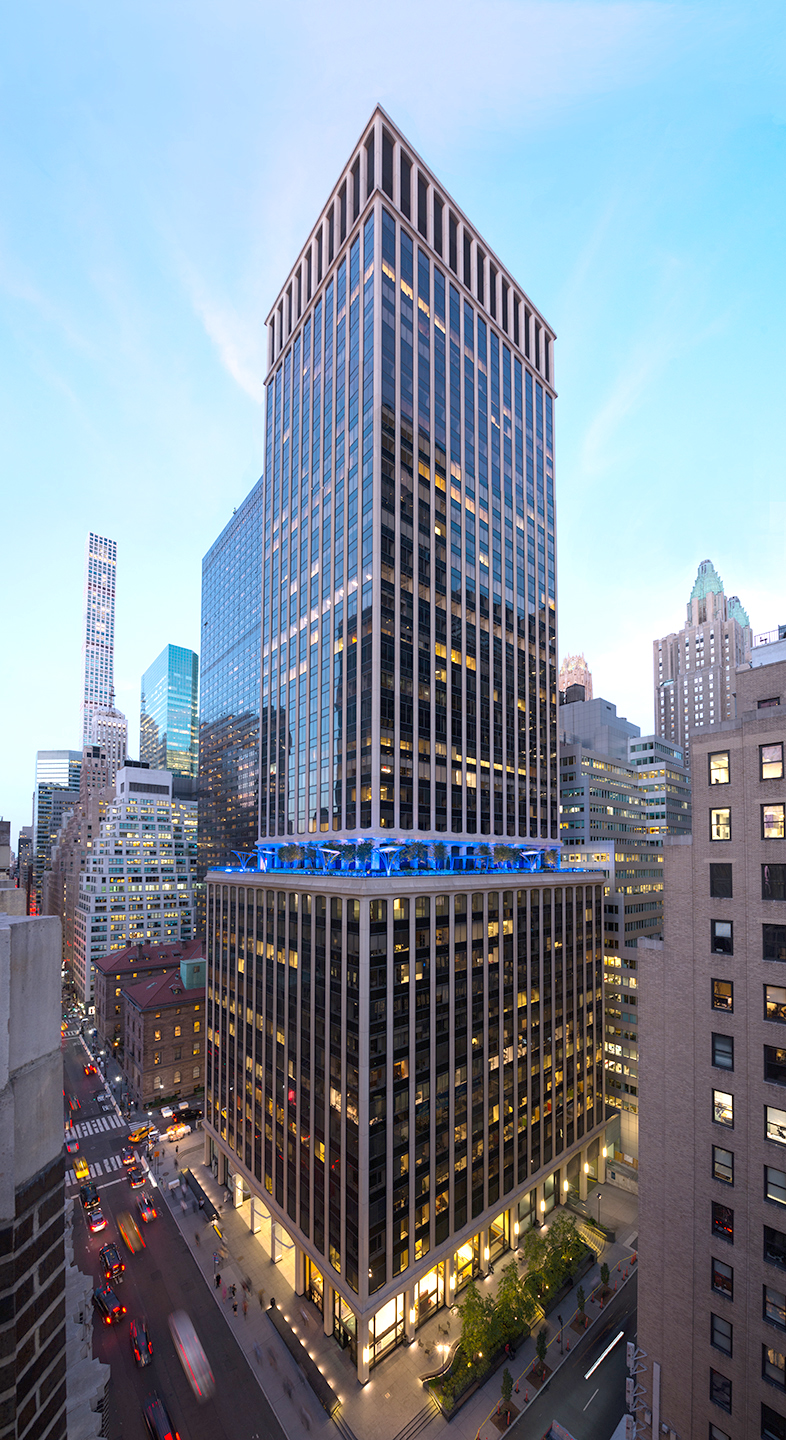 Sage Realty Corporation, the leasing and management division of the William Kaufman Organization (WKO), announced that WeWork has finalized a long-term, 362,197 s/f lease at 437 Madison Avenue, a trophy 40-story, 850,000 s/f office tower in the Plaza District.

With the new agreement, Sage Realty has successfully leased a 12-floor block of space 15 months ahead of the lease expiration with an existing long-term tenant.

The space sharing giant will replace Omnicom in the building when its lease expires next year.

Knowing that the entirety of the building’s leases would roll between 2013 and 2020, Sage Realty worked to reposition the property’s office space. As a result, the building is now 98 percent occupied.

The WeWork block of space, which spans floors 2-12 and a portion of the 14th floor, becomes available on January 1, 2021.

Along with a private, dedicated entrance on the 50th Street side of the property, WeWork will also have its own outdoor terrace located on the 15th floor with access through a private staircase.

The transaction will allow WeWork to occupy the base of the building, creating its own building within a building.


As part of its $60 million capital improvement plan, which concluded in 2015, Sage Realty commissioned architectural firm Fogarty Finger and landscape architect MPFP to renovate and re-imagine the mid-century tower into a contemporary office environment, which includes a re-designed lobby and arcade area, a new plaza, renovated elevators, upgraded building systems and an outdoor terrace with views of St. Patrick’s Cathedral.

Jonathan Kaufman Iger, CEO of Sage Realty Corporation, commented: “After having a strong relationship with one long-term tenant for many years, we look forward to starting a new one with WeWork to bring in tenants of the same caliber.

“In this environment where large blocks of space can sit on the market for months, if not years, our talented leasing team has brought in several interested parties and now successfully negotiated a deal 15 months before vacancy. We look forward to WeWork establishing an offering that will appeal to their enterprise members.”

Michael Lenchner, Vice President and Director of Leasing at Sage Realty Corporation, added: “We are excited to welcome WeWork to 437 Madison Avenue. This transaction demonstrates how well the repositioning at the building has been received and the level of investment we have committed to this property. It has been a pleasure working with the WeWork team and the brokers to finalize the transaction. We will continue creating value for our tenants by offering physical amenities and exceptional services at the building.”

According to Lenchner, two high-end pre-built office spaces remain available for lease in the building.

Sage is also preparing to market a ground-level restaurant space located on the 49th Street side with outdoor seating.

437 Madison Avenue, which occupies the entire blockfront between 49th and 50th Streets, is owned by WKO in partnership with the Travelers Companies, Inc.