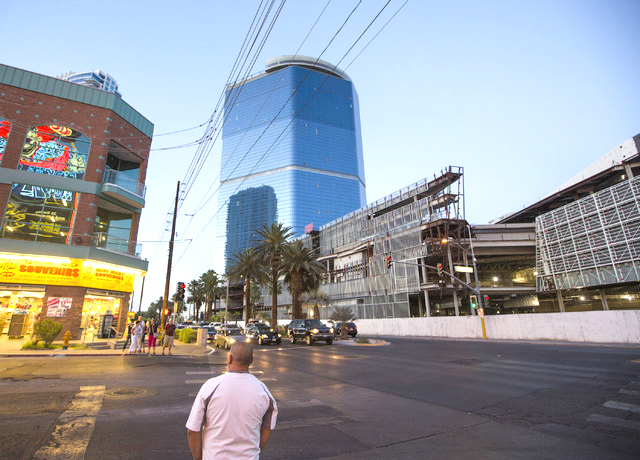 Steve Witkoff and Howard Lorber are taking a gamble on the Las Vegas market, picking up a half-built casino for $600 million.

The site was sold by billionaire Carl Icahn, who has sat on the site since buying it for $148 million in 2010 after the market crashed and the then-builder defaulted on his $2.9 billion hotel plan.

“This successful investment is an example of our ‘contrarian’ modus operandi, which seeks to invest in undervalued assets and businesses, nurture, guide and improve their condition and operations, and ultimately sell them for large gains,ˮ said Icahn in a statement.

Witkoff, making a rare venture our of Manhattan, believes the 27-acre property across the street from the Las Vegas Convention Center “is one of the best physical assets in the country, which is one of the reasons we were attracted to it,”

In a press release, the New York developer said the acquisition, which was acquired at a substantial discount to replacement cost, after his company spent four months conducting due diligence on the resort and market and identified “numerous ways to unlock the significant underlying value of the property to generate strong returns for its business and the Las Vegas community.ˮ

Witkoff added, “Las Vegas is one of the strongest lodging markets in the country given its highly favorable dynamics.
RevPAR and EBITDA growth continue to accelerate and there has been no new supply since 2010.”

The developer indicated that this won’t be the only out-of-town investment he is likely to be making.

“The company will identify similar undervalued assets in high-barrier-to-entry growth markets with a multitude of demand generators that can be acquired at significant discounts to replacements costs,ˮ he added.

Gamma chips in for golden opportunity