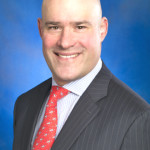 They will be joined by Karlene Canner, Scott Ellard, Jason Shein and Johnny Yuran.
Most recently, Brian Ezratty served as vice chairman of Eastern Consolidated, where he started in 1985. Throughout his career, he has been responsible for the sale of over $14 billion of commercial real estate.
Ronald Solarz’s most recent position was also at Eastern Consolidated where he served as an executive managing director.
With over 30 years in the industry, Solarz specializes in commercial property and land sales and is responsible for more than $9 billion in transactions throughout the five boroughs. 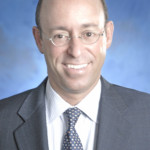 Ezratty’s career highlights include winning the Real Estate Board of New York’s Most Ingenious Deal of the Year Award for his sale of the Ed Sullivan Theater and office building to CBS.
Solarz has won several awards from prestigious organizations and in his previous firm arranged more than 90 development site sales.

Capital One has appointed Senior Vice President Louis Rosado as New York Market Manager of its Commercial Real Estate Group.
In addition to implementing the bank’s strategic plan for the market, he is responsible for a team of relationship managers charged with loan and deposit production and capital markets origination.
Rosado has 25 years of experience in commercial real estate. He joined Capital One with the bank’s acquisition of North Fork Bank in 2007, executing over $3 billion in commercial, construction, and multifamily loans since then.
Before that, he worked in commercial real estate for Home Federal Savings Bank and Union Savings Bank.
Rosado has underwritten loans for a wide variety of property types. 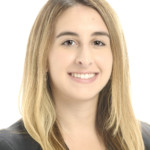 Amanda D’Intron has joined the Commercial Lending/Banking Practice Group at Certilman Balin Adler & Hyman, LLP as an Associate.
Prior to joining the firm, she was Counsel to Newtek Small Business Finance, LLC where she represented the largest non-bank lender in commercial transactions under the Small Business Administration 7(a) Loan Program.
D’Introno was an Intern at Farrell Fritz, P.C. and Berkman Henoch, Peterson, Peddy and Fenchel, P.C. She also interned at the Community & Economic Development Clinic, Catholic Health Services of Long Island and served as a Judicial Intern to The Honorable Jeffrey Brown at Nassau County Supreme Court.
She earned her Juris Doctor from the Maurice A. Deane School of Law at Hofstra University in 2015. She served as Managing Editor of Production of the Journal of International Business and Law.
In 2012, she graduated from Fordham University’s Gabelli School of Business with a major in Finance. 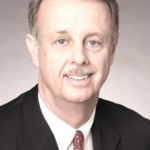 The Society of Industrial and Office Realtors (SIOR) has named Tom McCormick, SIOR, FRICS, Chief Executive Officer. McCormick is the first SIOR designee to hold an executive position within the organization.
A industrial specialist based from Irvine, California, he has had a long-spanning career in commercial real estate, serving most recently as Senior Vice President – National Accounts for Rockefeller Group International.
McCormick began his real estate career in 1981 with Coldwell Banker Commercial before joining Colliers Macaulay Nicolls. He served for three years as President of the firm before joining Panattoni as their Chief Operating Officer.
Established in 1941, SIOR now extends to 48 chapters worldwide, consisting of nearly 3,200 members in more than 685 cities in 36 countries.
Since earning his SIOR designation in 1985, McCormick has held numerous leadership roles within the organization, having served as SIOR Global President, as well as President of the SIOR Foundation (SIORF) and his local chapter. McCormick has also served as SIOR’s Operations Director on the Board of Directors.

B6 Real Estate Advisors announced the appointment of DJ Johnston as Partner and Senior Managing Director.
Johnston is joining the firm’s Brooklyn operation where he will oversee the Brooklyn territories consisting of Bedford Stuyvesant, Bushwick, Crown Heights and Prospect Lefferts Gardens neighborhoods.
Johnston most recently served as Director on the Capital Markets team at Cushman & Wakefield.
Prior to that role, he held the position of Senior Associate at Massey Knakal Realty Services.
Johnston brings over ten years of experience in investment sales, market analysis and client management to the growing broker team at B6 Real Estate Advisors.
Throughout his career, he has executed over 200 transactions totaling approximately $1 billion in value and has evaluated and underwritten over 900 properties.
Johnston earned a B.S. in Finance from the University of Scranton. 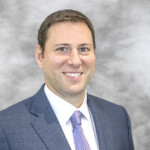 Newmark Knight Frank (NKF) announced that Jason Perla will lead its recently established New York Consulting Group.
Perla and his team will be responsible for incorporating financial analysis and consulting expertise into the firm’s New York projects.
An 18-year veteran of the real estate business with more than 15 million RSF of transactions to his name, Perla brings significant transactional experience to this new practice.
Most recently, Perla worked at Savills Studley, where he consulted on the firm’s highest profile leasing transactions throughout the tri-state area.
Earlier, Perla worked as an investment banking analyst at Lehman Brothers in the global real estate group where he analyzed investment opportunities in selected office, residential and retail center projects for the firm’s private equity fund. 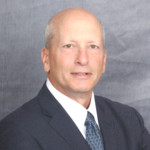 Lee & Associates announced that Josh Krantz has been appointed Senior Vice President.
A 40 year veteran in commercial real estate, he joins Lee & Associates with extensive experience, including roles in every facet of the commercial real estate industry from sales, leasing, ground up development, redevelopment, brokerage, court receiver, and management.
Prior to joining Lee & Associates, Krantz owned and operated National Property Associates, Inc. a brokerage business for the last 28 years. He negotiated contracts, new leases and redeveloped shopping centers as a partner. He had acquired over 300 freestanding retail and industrial properties nationwide. 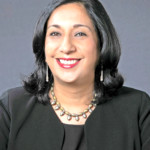 Kramer Levin announced that Meenakshi Srinivasan as Senior Land Use and Zoning Advisor in the Land Use Department.
Srinivasan has nearly three decades of experience working on New York City land use issues in positions that include Chair of the Landmarks Preservation Commission, Chair of the Board of Standards and Appeals, and Deputy Director of the Manhattan Office of the Department of City Planning.
She earned a bachelor’s degree at the School of Architecture and Planning in New Delhi, India, and holds postgraduate degrees in architecture and planning from the University of Pennsylvania.
At the Landmarks Preservation Commission, Srinivasan led a 80-person mayoral agency that protects and preserves the city’s historic resources by designating buildings and districts, regulating designated properties, and enforcing compliance with the Landmarks Law.
Previously, with the Board of Standards and Appeals, she oversaw a 20-person office that decides zoning variance and special permit applications and appeals from determinations by the city’s Buildings and Fire Departments.
Srinivasan began her work for the city in 1990 at the Department of City Planning, where she worked on several high profile city initiatives including Theater Air Rights transfers and Hudson Yards Zoning Framework. 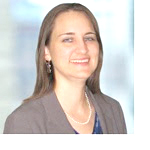 Melissa Abbott, CPA, J.D. has joined Berdon LLP’s Personal Wealth Services team as a Tax Principal.
Bringing more than 15 years of professional experience to this role, she advises on tax compliance and planning for trusts and estates, private foundations, and high net worth individuals and their families.
Abbott also performs detailed research and analysis of complex tax issues relating to fiduciary income and estate tax.
Prior to joining Berdon, she was a Tax Principal at Raiche Ende Malter & Co., LLP.
Abbot is a member of the American Institute of Certified Public Accountants and the New York State Society of Certified Public Accountants where she serves on the Estate Planning Committee and the Trust and Estate Administration Committee.
She earned her Juris Doctor degree from the University of Wisconsin Law School and her Bachelor of Business Administration degree from the University of Wisconsin at Whitewater. 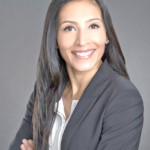 TH Real Estate, an affiliate of Nuveen (the investment management arm of TIAA), hired Nikita Rao as a portfolio manager for its Multifamily sector strategies.
Rao reports to Rahul Idnani, Global COO and Head of Portfolio Management at TH Real Estate. She will be focusing on the housing sector, which is headed by Jay Martha.
A 15-year veteran of the real estate investment experience, Rao is a Certified Public Accountant. Most recently, she led portfolio management and fundraising/investor relations for value-add multifamily funds and core-plus multifamily separate account for Federal Capital Partners.
She focused on multifamily asset management and development at Federal Capital Partners and The Carlyle Group. 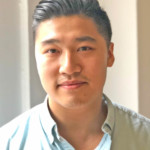 Enstoa, Inc. announced Zerman Zu has joined the company as an Analyst.
Zhu is the newest member of Enstoa’s Finance, People and Corporate Development team. He will provide business analysis and data validation from the company’s New York headquarters.
Prior to Enstoa, Zhu served as a Building/Operations Manager with real estate developer Recap Partners. He holds a B.S. in Accounting from the University at Buffalo, State University of New York as well as a M.S. in Information Systems from Baruch College, Zicklin School of Business.

Cauldwell Wingate has hired 15-year industry veteran, Greg Szekalski as Senior Project Manager.
Szekalski previously served as a Project Manager with JDS Development, where he provided oversight on all phases of construction and was responsible for design, pre-construction and construction completion.
Szekalski has worked on numerous noteworthy projects. Most recently, he managed the development of a $25 million beachside neighborhood in Far Rockaway Queens.
Szekalski holds a Bachelor of Science degree in Civil Engineering from Villanova University and has completed multiple certifications and licenses including the OSHA 30-Hour Site Training.

AROUND TOWN: BOMA bashes and seminars, Haymakers for Hope