Mark Jaccom has moved to Walter & Samuels following a stint at JRT Realty and Cresa.

David Berley, chairman of the 84-year-old real estate firm, announced that he had created a new position for Jaccom at his firm, which manages 50 commercial properties comprising more than three million square feet in New York.

As Executive Vice President and Director of Leasing & Brokerage, Jaccom will focus on commercial assets under Walter & Samuels’ management, and develop a strategic brokerage and advisory services group for third-party landlords and tenants for the first time in the firm’s long history.

Jaccom has been in the business for 40 years, working in corporate leasing and real estate advisory services for global brands.

He began his real estate career at Coldwell Banker as a broker and from there joined Julian Studley, now Savills Studley, as Vice Chairman and Principal. He later joined family firm GVA Williams, where as President and CEO he quarterbacked the restructuring and sale of the firm to Colliers, which eventually became Colliers International.

He then became President and Managing Principal to restructure and elevate the New York office of Cresa but left to join JRT in April.

In this role, Appel will oversee the JLL professionals who provide strategic advisory services for institutional owners, borrowers and capital providers. 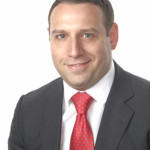 He will also partner with local and national market leaders to expand JLL’s debt and equity and investment sales businesses.

Appel has more than 10 years of commercial real estate experience, focusing on arranging debt and equity for institutional and private commercial property owners, and selling loans on behalf of financial institutions and special servicers.
He has directly originated and executed on more than $15 billion in debt and equity transactions.

In 2015, Appel was named a JLL MVP, which recognized him as one of the firm’s top producers nationally.

He earned a bachelor’s degree in finance from the City University of New York-Baruch College’s Zicklin School of Business.

Sean Cahill, Avison Young principal and managing director of the firm’s Fairfield/Westchester office, has announced that Christopher Grundy has joined the firm as a Senior Associate, specializing in landlord and tenant representation within the office sector.

In addition to traditional local brokerage, he will serve as a member of the company’s Enterprise Solutions Affinity Group, focusing on servicing the needs of corporate occupier clients in the U.S. and Europe regarding occupancy strategies.

He will also serve as the Avison Young “Young Guns Leader” for the Fairfield/Westchester office. 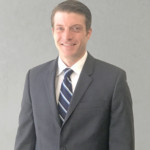 Grundy joins Avison Young from Pyramid Real Estate Group in Stamford, CT, where he focused on office leasing. Before his career in commercial real estate, Grundy was a professional helicopter pilot and instructor.

He also has experience as a classical baritone singer, performing in opera companies and orchestras around the world, and speaks four languages: English, Russian, French, and German. 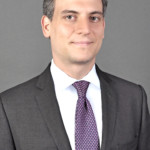 He joins NKF from Cushman & Wakefield, where he worked for a decade, most recently as a managing director in the firm’s Midtown Manhattan office.

Before Cushman & Wakefield, Berke worked as an associate at The Vortex Group. Berke has held numerous leadership positions with the Young Men’s/Women’s Real Estate Association of New York (YMWREA), including chairman in 2012, vice chairman in 2011, and secretary in 2010.

A. Mitti Liebersohn, Avison Young president and managing director of the firm’s New York City office, has announced that Erik Sznip has joined the firm as a Senior Director.

Sznip has more than a decade of senior-level advisory and real estate financial consulting experience. He joins the firm from Cushman & Wakefield where he was a Senior Director in the Strategic Advisory Group in New York. 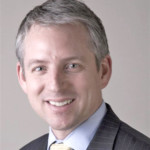 Prior to Cushman & Wakefield, Sznip was a Senior Financial Analyst at Colliers in New York for close to five yearss.
He contributed transaction analysis to clients such as Honeywell, GE, the Metropolitan Transportation Authority, TIAA, TA and LVMH Moët Hennessy Louis Vuitton, among others. He was also involved in business development, including responding to requests for proposals (RFPs), as well as property and market due diligence, and he assisted in lease negotiations.

Sznip holds a Master of Business Administration as well as a Bachelor of Arts degree in Political Science and Government from the University of Colorado. 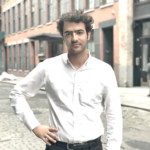 Recently completed deals exceed $70 million. Securing prominent locations for clients and understanding the value of these retail locations, where brands such as Fjallraven, Away, Ralph Lauren, and Drakes reside, are a focus of his expertise.
He represented Y7 Yoga in finding their first New York City location, as well as in their expansion strategy, closing a total of seven locations within two years.

Madison International Realty announced that Kyle Torpey has joined the firm as Director of Investments, part of the team responsible for the origination, underwriting and execution of Madison transactions in the US and global markets.
Torpey joins Madison from Goldman Sachs, where he was a Vice President in the real estate investment banking division, focused on M&A and capital markets.

Previously, he served as an associate in real estate investment banking at Lazard and UBS in a similar capacity.
Topey earned an MBA from Columbia Business School, and a BA in politics from Princeton University. Prior to business school, he served as a Captain in the United States Army.

Khan specializes in the sale of multifamily investment properties throughout the greater New York region, with his focus specifically around Bushwick and Bedford-Stuyvesant.

Prior to joining Greysteel, he worked for a national commercial real estate brokerage company where he focused on multifamily investment sales within New York.

Deutsch is former vice president of sales and marketing for Linear Lighting Corp., a manufacturer of lighting fixtures, supplies and accessories, where he was employed for 27 years.

At Linear Lighting, Deutsch managed a network of 65 sales agencies that carried the company’s product lines. He worked with architects and lighting designers to optimize product appeal, participated in new business and product strategy, and managed customer relations.

In addition, he oversaw the firm’s banking relationships and helped structure loan and credit facilities.
Deutsch is a graduate of American University in Washington, D.C., with a degree in political science.

•••
JLL has hired Mo Beler as a managing director with the New York Capital Markets team.

Beler will assist clients with the sale, purchase and recapitalization of real estate assets in the greater New York City market.

Beler has more than 15 years of experience in the commercial real estate industry and specializes in sourcing, underwriting, negotiating and structuring multi-sector investments across the capital stack. He will work with JLL’s existing capital markets team to grow the business.

Prior to joining JLL, Beler was principal and head of investments at Innovo Property Group, where he formulated and implemented investment strategies and sourcing tactics, focusing on opportunistic, value-add and core investments across property sectors.

Earlier, he served as a vice president with Rockwood Capital’s acquisitions group, where he was a member of the East Coast Acquisitions team,.

Beler received a bachelors degree in finance and accounting from the University of Michigan’s Ross School of Business, graduating with high distinction.

Andrews joins Rubenstein following a 10-year tenure at RXR Realty, where he led an eight-person acquisitions team responsible for originating real estate investments across asset classes and throughout the capital stack.

He holds a Bachelor’s degree in Finance and International Business from the McDonough School of Business at Georgetown University.

Frank Costanzo has joined The NRP Group as Vice President of Taxation.

He joins the company from DDR Corp, where he served as the Vice President of Tax and was responsible for strategic and structural tax planning, compliance, and tax projections to senior management and the Board of Directors.
Previously, Costanxo worked at Deloitte Tax LLP.

He has a BBA from Cleveland State University and a Master of Taxation from the University of Akron. He is a Certified Public Accountant.