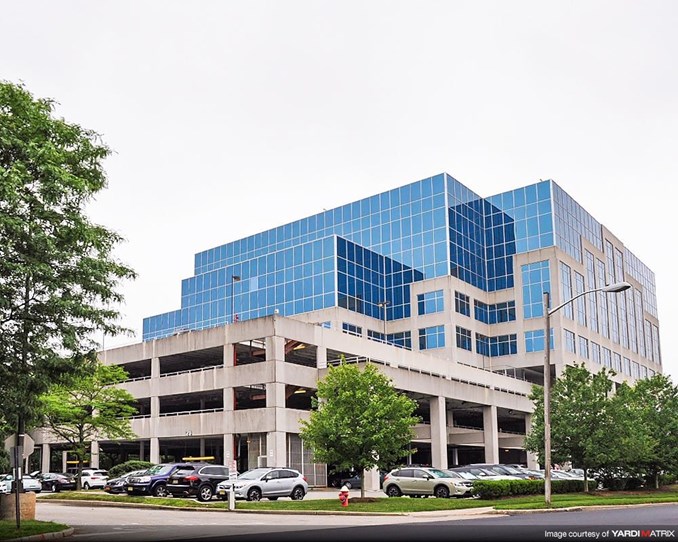 Pasternak keeping all options on the table

Retirement is suiting Kenneth Pasternak, chairman of KABR Group, a private equity firm, that manages $1 billion in assets and is looking to grow.

He founded the Ridgefield Park, NJ-based firm after retiring from KCG, a company he had founded in the mid-90’s, which was acquired this year by trading rival, Virtu Financial for $1.4 billion.

Bored of sitting on the sidelines, he saw the real estate market about to crash and decided to get in the game, founding KABR Group in 2008 with Adam Altman and Laurence Rappaport.

Since then, KABR has been building a diverse portfolio built on seeing value where others donʼt.

The company has been on a tear over the past year. It has three divisions — office, multifamily, and new development — and owns 3.5 million s/f of office space, mostly in suburban locations. The company owns office buildings in Brooklyn, suburban Long Island, and New Jersey, including 85 Challenger Road, a 235,000 s/f office complex that, in 2009, became the U.S. headquarters for Samsung.

It recently put the focus on multifamily and built a portfolio that includes 65 Bay Street on the Jersey City waterfront, a 52-story building that has 467 units, as well as 66 Summer Street in Stamford, CT. They also own 2,000 units in Jacksonville, Florida.

Pasternak said his firm is looking at asset classes that are slightly out of favor at the moment, and one of those is retail. The firm is currently weighing a waterfront retail condo in Williamsburg and a similarly-priced retail asset in Soho.

He said KABR looks for areas that are well-served by public transportation when looking to develop a project, and they have New Rochelle and Hackensack, NJ, as two areas they are looking at closely.

“Right now, we’re managing around $1 billion in assets,” said Pasternak. “We could probably triple or double that in the next year if we wanted to change our standards, but we’re not going to do that.” A native of upstate New York, Pasternak went to SUNY New Paltz where he played basketball and studied secondary education. Little did he know, his experience learning to teach would play a part in his success decades later.

“I’ve made my whole career through coaching,” said Pasternak. “That’s how I developed a leadership role. I knew how to develop and identify talent and create profitability.”

Pasternak’s first job out of college was at Speer Leeds & Kellogg, a trading firm later acquired by Goldman Sachs in 2000. He started out at what he called the “worst” job at the firm — working as a librarian. He compared the position to starting out in the mail room.

But after just a week, he was promoted to being a “quote boy,” which entailed writing stock quotes on the blackboard in the trading room, during the pre-computers era. He had a knack for memorizing numbers, and the head brass soon took notice.

Six months later, he got some hands-on experience while covering for traders who went on vacation. Soon, he broke records as a trader.

As of the second quarter of 2017, KABR has raised and deployed, on a fully-discretionary basis, over $225 million, 50 percent of which has been contributed by the principals of KABR. The company has managed the purchase of 89 assets, the sale of 30 assets, and participation in 45 joint ventures. KABR has acquired over three million square feet of development rights, four million square feet of office and industrial space, and 2,400 multifamily units.
After nine years in business, the firm is averaging 15 transactions a year, with a total of 125 transactions in the company’s entire run so far.

“Right now, we’re more on a linear path trying to improve our portfolio value by $250 to $400 million a year,” said Pasternak.

“We might get a little more aggressive. When we get $2 to $3 billion in enterprise value, we might look at an IPO and become a REIT, but we still think that’s a couple years away.”