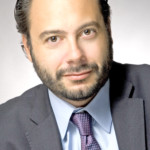 Rubinstein joined the company in August 2009 and, most recently, was instrumental in the acquisition and financing of two Long Island City industrial buildings with a total capitalization of over $200 million. He also was involved in the ground-up development of Riverdale Crossing, a 165,000-square-foot retail center in Bronx; and MRA’s redevelopment of 711 Stewart Avenue in Garden City.

Before joining MRA, Rubinstein worked at Newmark Knight Frank for more than five years, in both its capital group and financial services group. Prior to that, he worked with New York Life Investment Management and at CIBC World Markets.

Sam Nidenberg will report to Rubinstein and continue performing his duties as financial underwriter of all new office, retail and industrial deals the firm reviews. In addition, he will oversee the underwriting and research efforts of a new financial analyst. He joined MRA in August 2016 to support the growth of MRA’s acquisition efforts. 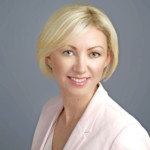 Prior to MRA, Nidenberg was a senior analyst at HFF and a financial analyst at Greenfield Partners. He graduated from Hamilton College with a Bachelor’s degree in Economics and Mathematics.

Marta Kopacz previously served as controller/assistant vice president at MRA. In her new position as vice president, she will also handle company operations and logistics.

Kopacz, a graduate of Queens College, worked at Peterbilt Inc. before joining MRA in July 2013.

As MRA focuses on new projects and identifying acquisition opportunities in Manhattan and the outer boroughs, the company is currently looking to add another financial analyst.

Schuckman will focus on growing Ripco’s tenant representation platform and assisting on landlord representation and investment sales.
Schuckman is an experienced real estate professional, having completed over 200 retail transactions in the past nine years while representing major local, regional and national retail tenants.

Most recently, Schuckman led the local real estate strategy on behalf of retailers T-Mobile, Foot Locker, Starbucks, Orangetheory Fitness, PLS Financial Services, Sherwin Williams and Seasons Supermarket. He also brings with him a robust roster of retail landlords that he has represented on both lease and sale transactions.

Lee is an investment sales specialist and will be focused on investment advisory services with Pan-Asian Family Offices and Institutional Investors transacting in New York City Hospitality.

He has been responsible for identifying scores of real estate opportunities throughout New York with leading American and international investors, retailers, developers and institutional clients providing services ranging from owner representation to advisory and investment sales. 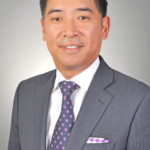 He has 20 years of real estate experience with approximately $1.6 billion in aggregate real estate transactions to its credit.

Previously, Lee was also a managing diraector at Voltaire Capital’s family office specializing in Commercial Acquisition and Financing. He was the company’s top producer during his six years of employment, advising on most of the transactions.

Lee graduated from the State University of New York at Buffalo with a Bachelor of Science in Management Information Systems.

CBRE announced that Jack Howard has been promoted to executive vice president of CBRE’s National Loan and Portfolio Sale Advisors, based in New York.

As a senior partner on CBRE’s national loan and portfolio sale advisors team, Howard oversees the sale and marketing of large, national portfolios of commercial real estate and mortgage loans, mostly on behalf of financial institutions and private equity firms.

A seasoned loan-sale professional, Howard has participated in the advisory and placement of more than $22 billion in loan and property sales and has served as a transaction manager or co-project manager on more than 250 large assignments.

Lane Office announced that Scott Gaddis has been hired as a Field Project Manager. 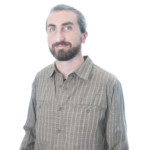 Gaddis will be responsible for meeting with general contractors and clients to review job specs and requirements. He will also manage projects, verify field dimensions and oversee the installation schedule.

PReviously, Gaddis was a Lead Construction Manager at Phillips-Creasey, Senior Project Manager at Jasper Highlands and Superintendent at Pratt Home Builders. He has an A.S. in Biology.

McDevitt, who joins from Goldberg & Connolly, focuses her practice on construction litigation claims and disputes, and also provides legal assistance with drafting negotiations, contracts and agreements.

The Institute of Real Estate Management (IREM) announced that Denise LeDuc-Froemming, CAE, MBA, CPA, has joined the organization as CEO/EVP.

LeDuc-Froemming will be the sixth staff executive to run the organization.

LeDuc-Froemming brings over 20 years of association experience, serving most recently as COO and CFO/EVP at the American Health Information Management Association (AHIMA).

Between her work at AHIMA and at the College of American Pathologists (CAP), she has been responsible for building, leading, and advising the organizations through complex restructuring, market expansions and organizational transformations.

LeDuc-Froemming’s career in association leadership has centered on applying her skills in association change and thus leading organizations into a newly defined future.

She received a Bachelors of Science degree in business from Marquette University, as well an MBA from Northern Illinois University.

L&L Holding Company, LLC, announced a series of new hires to bolster its development and construction team for the historic redevelopment of 1568 Broadway in Times Square.

In these newly-created positions, Israel will oversee all aspects of the construction for the $2 billion redevelopment project, working in concert with David Seth Orowitz, Senior Vice President of Development, who oversees the entire business plan for the project.
DiNizo will manage construction operations, while Zaika will be responsible for day-to-day accounting and reporting for the development.

Robert Israel, reporting to Levinson and President & Chief Investment Officer Robert Lapidus, comes to L&L with more than two decades of experience in the real estate and construction industries.

Throughout his career, Israel has either led or directed more than $2 billion of project development services, and his diverse project background includes both ground up and gut renovation projects.

Immediately prior to L&L, Israel ran Solid Development Inc, a subcontracting firm he founded and owned. From 2013 to 2015, he served as Project Director for RFR Holding.

A graduate of Roanoke College, he also spent seven years at CBRE, where he acted as Alliance Director, Northeast Region for Global Corporate Services, and also as project director for a 500,000 s/f phase of a 1.5 million square foot campus development in Bangalore India.

Domenick DiNizo joins L&L reporting to Israel and Orowitz. Previously, he served at Suffolk Construction Company as Project Manager on the development of Hudson Exchange, a new 35-story, 500,000 s/f residential tower on the Jersey City waterfront.

Before that, he worked for the Kushner Companies/RFR Realty as Project Manager for Dumbo Heights in Brooklyn.

A graduate of the University of Virginia, he has also worked as a Superintendent for Skanska USA on phase I of the transformation of Moynihan Station.

Prior to L&L, she served as Construction and Development Controller at RFR Realty LLC, where she oversaw all finance, accounting and reporting activities for various projects at the company. Before that, she was Portfolio Controller for the Kaufman Organization, where she led and implemented all accounting policies for firm.

A graduate of Phoenix University with a Bachelor’s Degree in Accounting, she has also held positions with Sentinel Real Estate Corp., Dermer Management Inc. and Rose Associates.

Colliers International announced that Thomas Shirocky joined the firm as a senior managing director in its regional Consulting Group.
Shirocky brings more than 26 years of real estate expertise to a position critical to the development and execution of successful real estate strategies and solutions for clients.

In his new role at Colliers, he will provide financial modeling and reporting, innovative deal configuration, economic comparisons, and cost analysis on a cash and book basis for acquisitions, dispositions, strategic planning initiatives and other client projects. 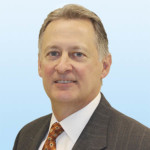 Shirocky has an extensive track record as a consulting resource on large transactions, and has advised senior management of numerous Fortune 500 companies regionally and nationally on the financial and operational feasibility of strategies in pursuit of the optimal real estate decision.

He has worked for Perkins+Will in different capacities and in other offices previously, including London and Washington, DC.
Towers has also worked as an adjunct professor, teaching design studios at the University of Florida, the University of Central Florida, Valencia College, and Marymount University.