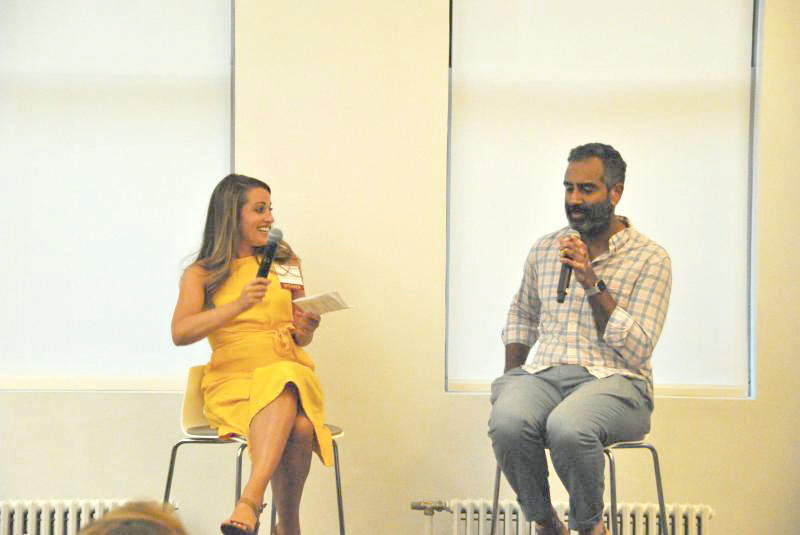 When it comes to expansion, Knotel is looking at big picture

But his firm is focused on the flexible office space.

Speaking at an event hosted by Knotel and the Real Estate Board of New York last week, Sarva shared his insights on the commercial real estate market — most notably he said that the flex office space can easily grow to comprise 30 percent of the market by 2030.

He discussed how Knotel works to distinguish itself from other competitors in the crowded market by offering flexible office space to enterprises through partnerships with landlords and brokers in profit sharing agreements.

Sarva also discussed how the company continues to look for new market opportunities abroad for expansion.

“Our goal at Knotel is not to build spaces for three-person companies, but rather enterprises,” said Sarva during the event, which attracted a room of primarily young brokers.

“Most people don’t work for small startups that are three people — if that startup was successful, they wouldn’t be small — so most people don’t benefit from co-working. The majority of the workforce is employed by large companies. This is who Knotel is targeting.”

Knotel recently announced the completion of its Series C funding round, bringing the company to unicorn status with a valuation of over $1.3 billion.

The flex office company currently has a footprint of over 4 million square feet worldwide as it plans rapid market expansions in cities throughout the world, including Sao Paulo, Madrid and Paris.

In coordination with the Real Estate Board of New York, Knotel hosted the event on “Debunking Co-Working Myths at its New York City headquarters at 229 West 43rd Street. The two-hour program featured a conversation between Sarva and REBNY Rookie Winner Lauren Calandriello, a broker at JRT Realty Group, on the state of coworking and flexible office in the rapidly evolving real estate industry.

The event was part of REBNY’s Access program which brings together new commercial real estate professionals to network with industry colleagues.