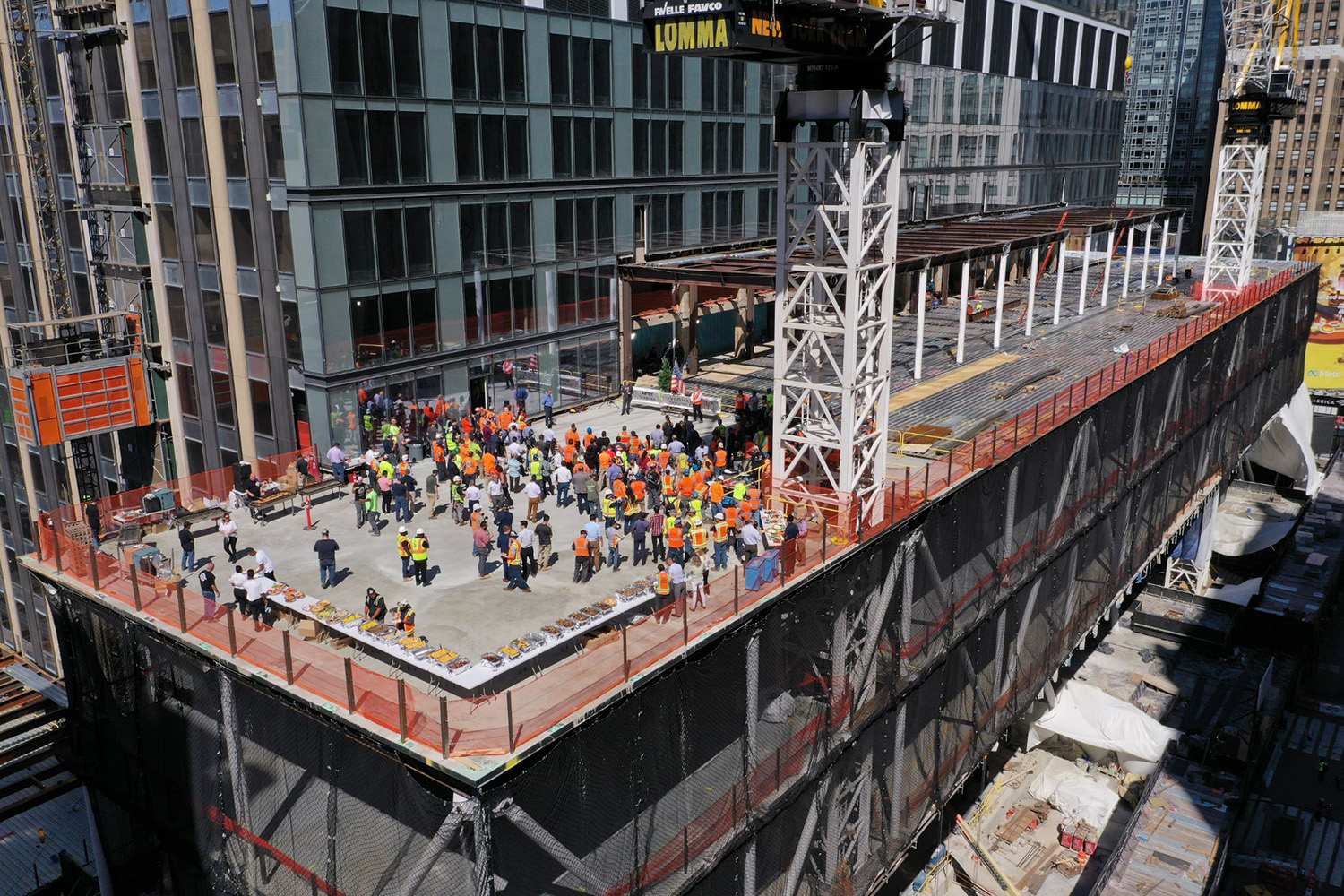 WHAT: Vornado Realty Trust and the Ironworkers (together with Turner, Skanska and dozens of other trades) celebrated the topping out of PENN 2’s new Bustle – a dramatic reimagining of the most trafficked entrance to Penn Station.

The Bustle, a monumental structure spanning two full block frontages along Seventh Avenue to create a dramatic new arrival for Penn Station, along with a distinctive new entrance to PENN 2, has topped out.  An 88,000 square-foot space with a triple-height lobby and direct access to Penn Station, the Bustle will also contain ¾ of an acre of dynamic public art suspended 50 feet in the air on its ceiling. PENN 2, the revolutionary, adaptive reuse commercial office building, will be a focal point of the new and evolving PENN District. The Bustle will relocate the building’s existing entrance to the newly-built 33rd Street Plaza to serve thousands of PENN District tenants and visitors every day.

PENN 2 will feature Vornado’s signature WorkLife amenities, including spaces for both working and socializing in a healthy environment. Event spaces include a 280-person town hall, casual lounges, rooftop pavilion, expansive outdoor green space and over an acre of outdoor terraces with 360 degree NYC views.

Anchor tenant Madison Square Garden has committed to a 20-year, 365,000 square foot lease at PENN 2. Other significant leases at the PENN District include Apple at PENN 11, Meta at the Farley Building (adjacent to the newly-renovated Moynihan Train Hall and Moynihan Food Hall) and Empire at PENN 1.