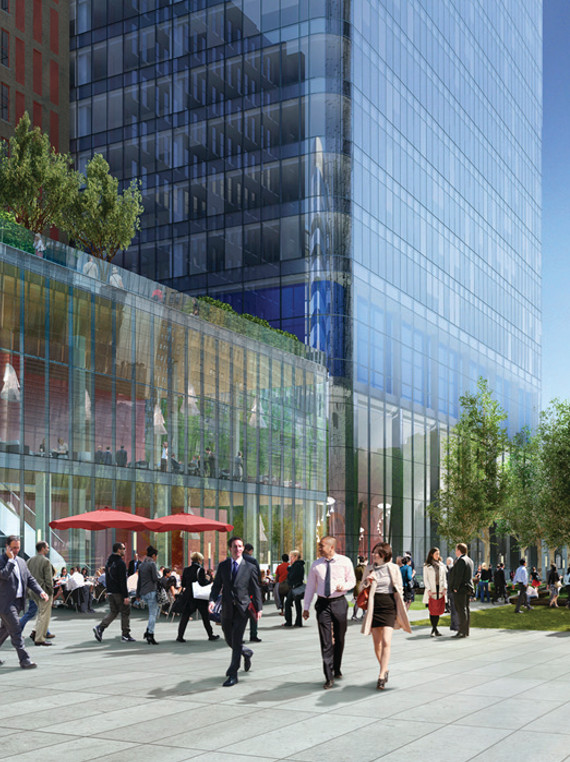 Matt Sparks is not a typical numbers man. Sparks, who works as a senior director at real estate investment firm Eastern Consolidated, has mounted a long-standing resistance against a life spent behind a desk, which is the usual fate of men of his ilk.

Sparks, who graduated with a degree in finance and accounting from SUNY Old Westbury, is very sociable, making him an anomaly in the field he was trained for. He found the right fit in real estate. Even early on, he was able to make a profit from interacting with people. He started in the industry in 1996, working as a cold caller for GFI Realty Services.

“What made me switch gears was that I realized, while I was studying for accounting, that although I love numbers and figuring out stuff, sitting behind a desk and pushing a pencil wasn’t going to be for me. I like interacting with people,” he said.

Personally, he considers his early years in the profession as exciting because he was living by himself and he was working his first job in the city. However, professionally, he found himself in an industry devoid of activity as it sputtered out of a recession.

“The market was a little bit quieter. When I started, it was just quieter and there weren’t a lot of transactions going on. It was like the tail end of a down cycle when I started,” he said.

He credits this time for influencing his current attitude towards work. He’s now attempting to reside in his office, working as many hours as he can to take advantage of a hot market. “I think it helped out in that it taught me a lesson in perseverance, because I was put in this environment and it was apparent that if you work hard, you can become successful.

“ I think that the fact that it was a bit harder in the beginning really makes you reach down deep and think about what you really want. If you want to quit, it kind of forces you to make a decision. If you harden your resolve, you’re going to succeed,” he said.

“As the market ramped up, after having gone through an entire cycle, you get a feel for where you’re at in the cycle and how the market ebbs and flows. You know, like right now the market is so hot, I’m trying to work as many hours as I can because I know it won’t always be like this.”

Nonetheless, GFI turned out to be the site of an impressive ascent. By the time he left the firm, 14 years later, he had closed on hundreds of transactions worth over $700 million and had risen to the rank of managing partner and principal.

In 2010, he switched to ERG Property Advisors, joining the company as a partner. During his three-year stint at the firm, he focused on properties on the Upper West Side and Upper Manhattan, two areas that he continues to target today.

Working on large deals, and persisting in a career that is now on its 19th year, has provided Spark a certain stature, one that involves people asking him to predict the market’s movement. His answers border on non-committal. However, it outlines a level of caution that’s borne from experience rather than ignorance.

“When I’m talking to sellers and they ask me what my take on the market is, I say, ‘Look, I don’t have a crystal ball. None of us do. But I know that this sure feels like the high end of the market. I’ve been through them already before. I know what it feels like,” he said.

“Who knows how long it will last? Nobody knows. So you have to just do as much as you can do in a hot market and hope for the best down the road.”