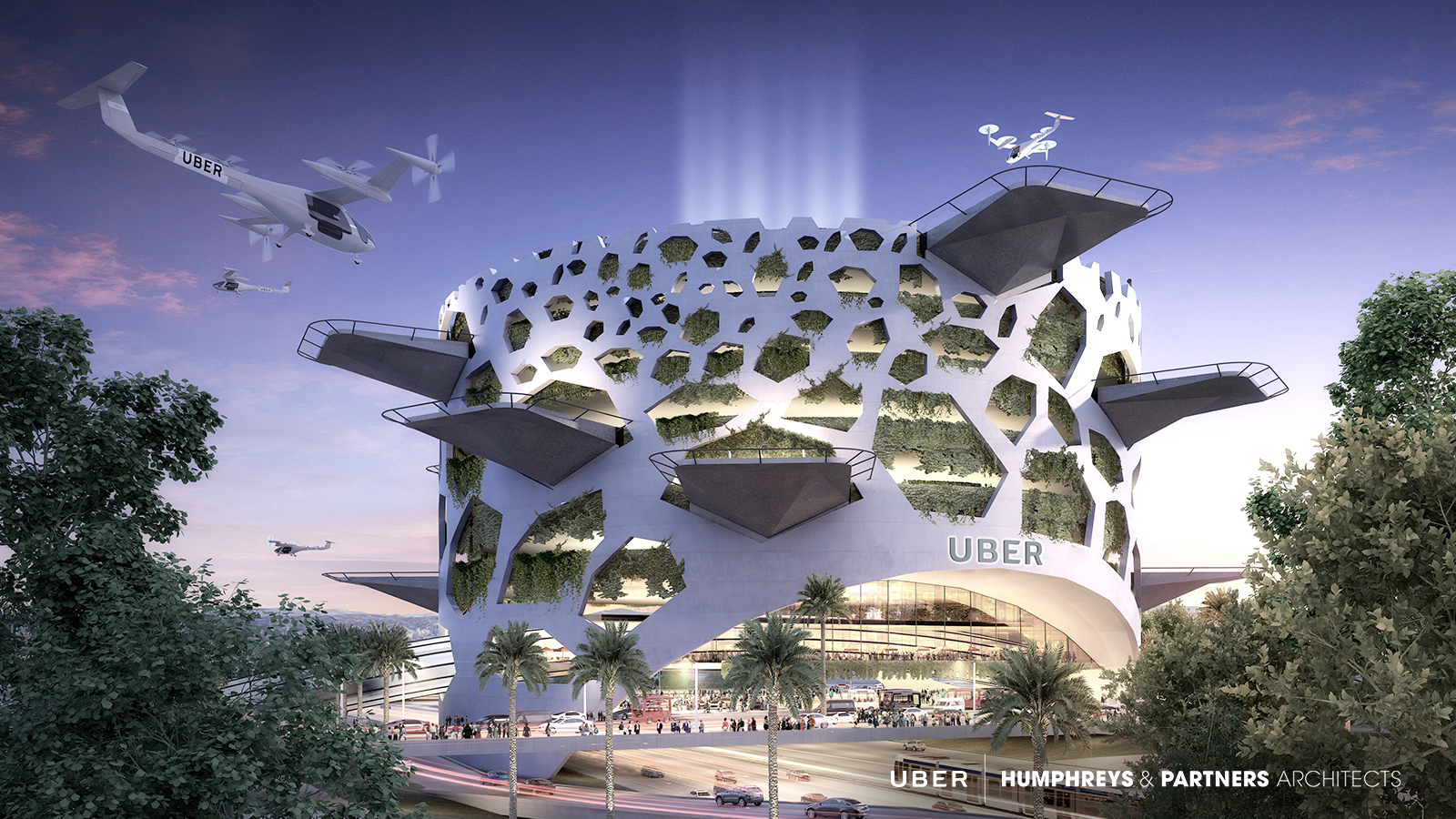 The conceptual designs mark the first steps from industrial leaders to create infrastructure for high-volume operations of uberAIR networks in and around cities.

The six concepts selected from hunreds of submissions show a high degree of realism and technical feasibility, according to Uber.

The concepts are required to support transport of more than 4,000 passengers per hour within a three acre footprint and must meet noise and environmental requirements, ensuring that 100 percent electric VTOLS are able to recharge between trips with minimal impact to nearby communities.

The designs were unveiled at Uber’s 2nd Elevate Summit where the company’s head of design, John Badalamenti, said, “While uberAIR might feel like a far away dream, it’s closer than you think and urban infrastructure has to start to evolve now to keep up.

“We’re excited to have collaborated with leading firms to imagine how physical Skyports would work at scale and how we can best design spaces that are quiet, environmentally conscious and create natural pockets of activity for the transportation of the future.”

Gannett Fleming’s design would support 52 eVTOLS per hour in a scalable framework that could facilitate more than 600 arrivals and departures and 4,000 people per hour by 2028.

“We have the opportunity to rewrite how our transportation systems work and to reshape our urban environments to be cleaner, safer, less congested, and smarter. Gannett Fleming’s goal is the same as Uber’s – to make transportation safe, accessible, reliable, and convenient for everyone,” said Ted Osborne, PP, AIA, principal architect at Gannett Fleming.

Pickard Chilton and Arup designed a single module that allows for 180 landings and take-offs per hour, accommodating 1800 peak passengers every hour per module.

Corgan’s CONNECT is a futuristic Mega Skyport concept while Humphreys & Partners​ created an “Uber Beehive” modeled after a prototypical beehive. Similar to bee’s flight patterns to and from a beehive, the aircrafts replicate the same function by showcasing multiple ports of entry and operation.

The Beck Group​ also drew inspiration from honeybees with a hexagonal form while BOKA Powell’s Skyport takes inspiration from the dynamics of flight and can accommodate 1,000 take-offs and landings.

Uber launched its Elevate program in October 2016 with the publication of the first White Paper on Urban Air Mobility. Since then it has entered into partnerships with experienced aircraft manufacturers who are developing electric VTOL vehicles.

Uber’s design model specifies that this fully electric vehicle have a cruising speed between 150-200 mph, a cruising altitude of 1000-200 feet and be able to do trips of up to 60 miles on a single charge.

Last year, Uber announced its intention to launch flight demonstrations of uberAIR in Dallas-Fort Worth/Frisco Texas and Los Angeles in 2020 and commercially available trips by 2023.

To help create skyports for the uberAIR network, Uber has also entered into real estate partnerships with Hillwood Properties and Sandstone Properties.