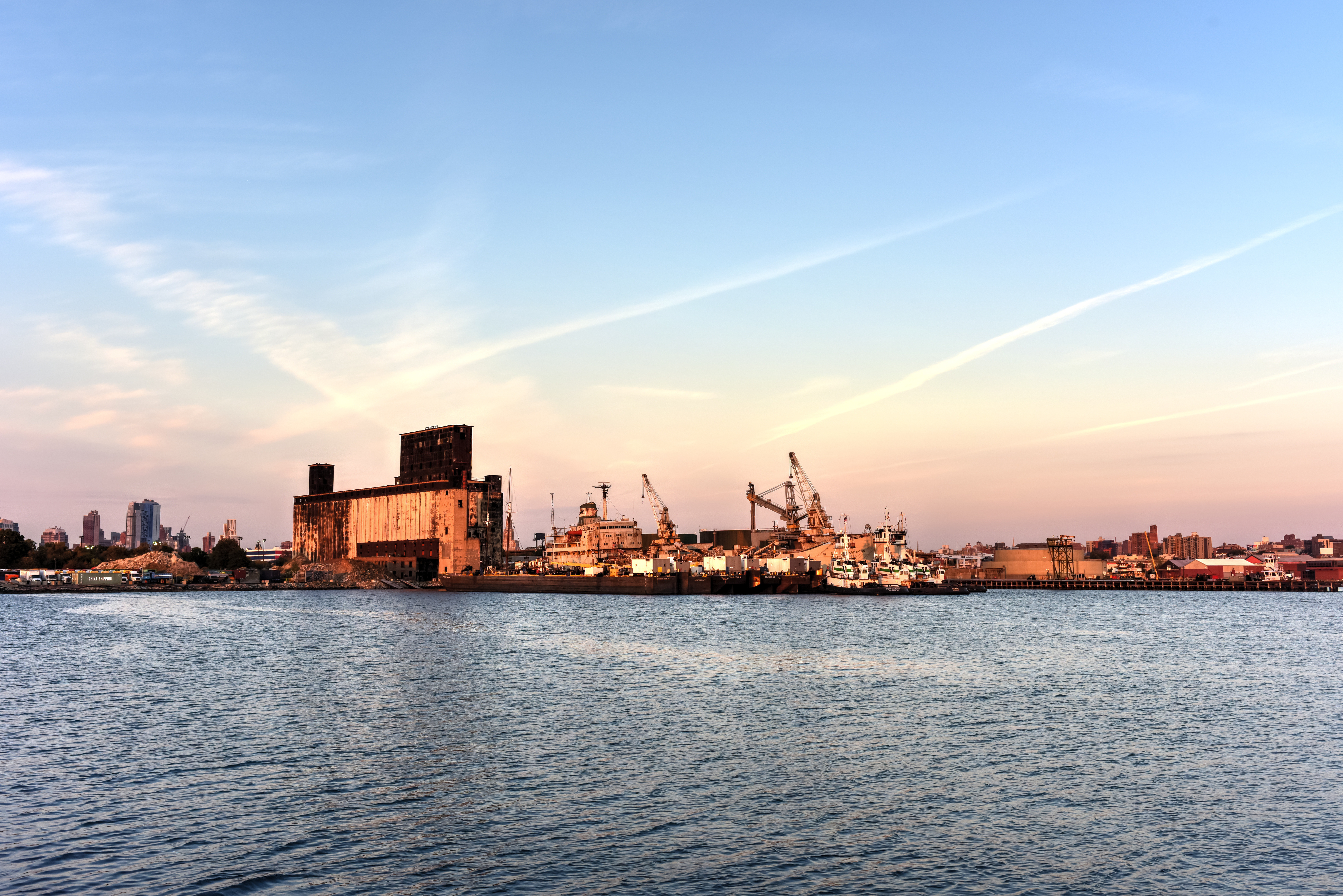 On May 9, NYCEDC announced plans to award a long-term lease of the South Brooklyn Marine Terminal (SBMT) to Red Hook Terminals and Industry City. The partnership will transform 65 acres at SBMT into a cluster of industrial maritime activity.

“The South Brooklyn Marine Terminal is a critical infrastructure and economic asset to the City of New York and the partnership achieved thanks to the stakeholders assembled here today will bring the site to its full potential,” said Mike Stamatis, President and CEO of Red Hook Terminals, at the event.

“The reactivation of the terminal will bring hundreds of new jobs to and promote green infrastructure in Sunset Park, while bolstering maritime activity along the Brooklyn waterfront where the sector has generated economic opportunity for generations.”

With a long-term lease through 2054, SSBMT will reactivate 64.5 acres of the terminal, moving over 900,000 metric tons of material annually through the port and eliminating over 11,000 truck trips a year.

Specific new uses for the facility include waste paper recycling and export, the importation of lumber, salt, and aggregate material, container-on barge-operations, roro and project cargo, among other activity that will support local businesses, New York Harbor and the regional waterfront.

The SSBMT partnership will grow the number of on-site permanent jobs to more than 1,000 over the lease term, adding hundreds of new positions within the first five years.

The Red Hook operation in partnership with the Port Authority of New York and New Jersey has served as a model for public/private partnerships. Red Hook Terminals has created new jobs and numerous revenue streams at the site, which previous operators could not capitalize on.

Red Hook Terminals is committed to sustaining the New York City-area’s Marine Highway as a means to ship products to consumers and businesses without adding to traffic congestion or the city’s carbon footprint.

The total expected capital expenditures over lease term for SSBMT will help sustain maritime industrial uses at SBMT in perpetuity. ​As part of the SSBMT plan, job growth is expected in areas including longshore, operations, paper recycling, construction, warehouse and distribution and wind turbine manufacturing, as well as other maritime related industries and uses.

SSBMT partner Industry City will continue to work with community partners in Sunset Park to grow local workforce development efforts through the Innovation Lab, with 200 job placements projected for 2018.

Prospective tenant Deepwater Wind will work with the partnership to establish an on-site workforce center to serve as a critical piece of green infrastructure.