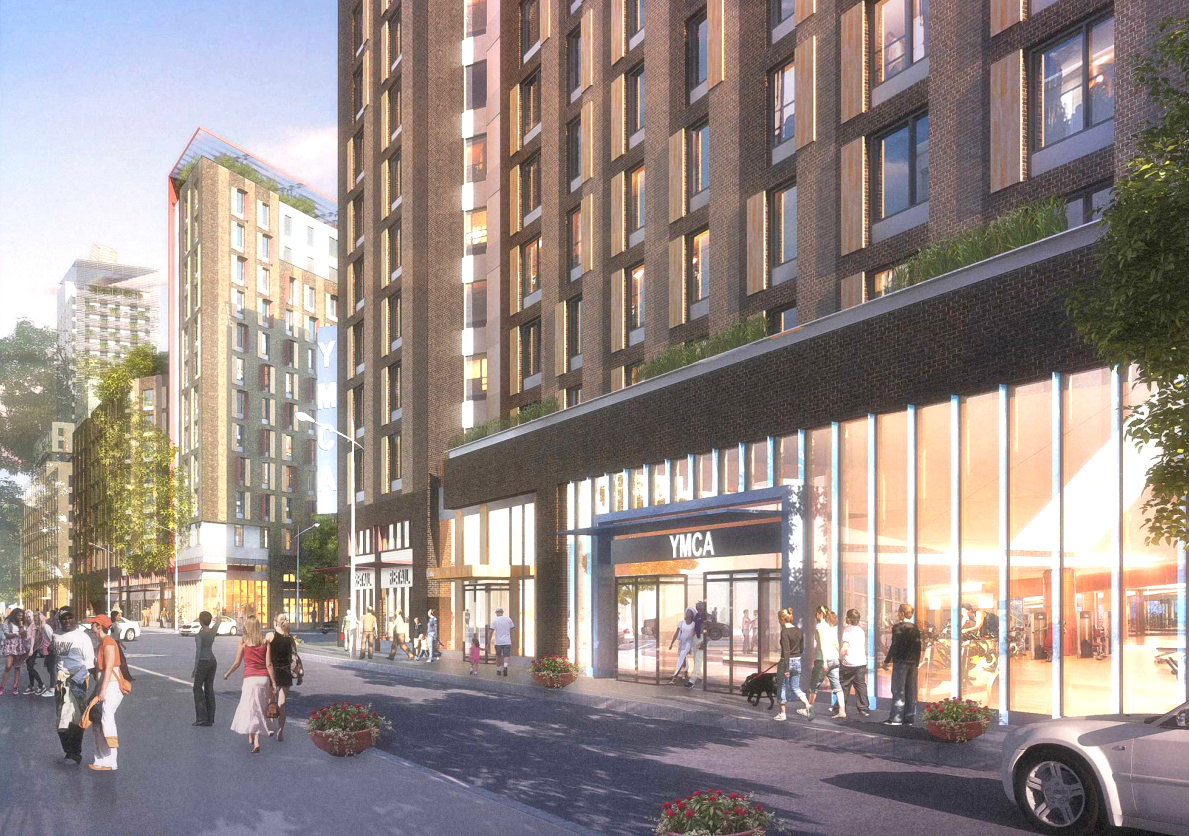 KZA Realty Group, and RM Friedland has been named exclusive commercial brokers for the La Central development in Downtown Bronx

The massive mixed-use project is already underway in the Bronx neighborhood known as The Hub in Melrose,.

KZA Realty Group and RM Friedland, the exclusive brokers for almost 19,000 s/f of retail space near the borough’s commercial crossroads, are now offering a chance to lock up coveted storefronts in the development.

The retail outlets, located in buildings A and B on Westchester Avenue between Brook and Bergen avenues, will be available for delivery in 2020.

Located near the Third Avenue shopping corridor, they are adjacent to the neighborhood’s first YMCA, which will occupy 50,000 adjacent square feet in Building A.

“This is a fantastic opportunity to be part of this exciting new project and move into fabulous new space in one of the most vital retail strips in New York City,” said Kathy Zamechansky, president of KZA Realty Group.

KZA and RM Friedland are also the exclusive brokers for 30,000 s/f of community non-profit space located in Building D and seek proposals from garage operators for the parking facility in Building B.

“RM Friedland is thrilled to be working with KZA Realty and the owners of La Central on such a groundbreaking project in the Bronx,” said Sarah Jones-Maturo, president of RM Friedland. “We believe it is going to transform and revitalize The Hub and we are excited to be a part of this effort.”

The complex will also house the Bronx Astronomy Tower and Education Center, affiliated with the Bronx High School of Science, along with studio space for BronxNet TV.