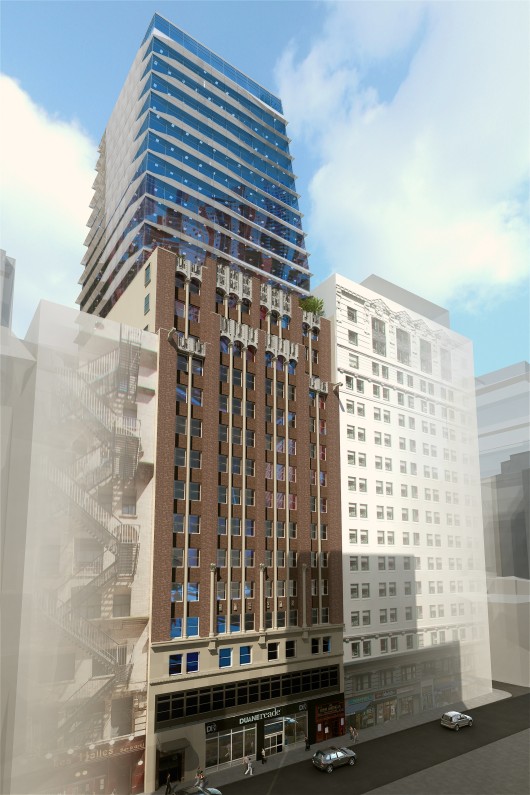 Tough love as crowdfunding grows up

On a recent Thursday night, the crowdfunding startup iFunding hosted a party in a Fidi basement apartment that offered a glimpse of what the future of New York real estate could look like.

Stepping through the door felt like entering some parallel universe in which the industry is young, multi-ethnic, laid back and virtually jacket- and tie-less.

The apartment belonged to a friend of the company’s founders, William Skelley and Sohin Shah. There were no waiters, hors-d-oeuvres, pre-written speeches or PR reps.

Developers, brokers and investors mingled between kitchen and living room, drinking beer out of the bottle and struggling to understand each other over the music blasting from speakers. A palpable optimism filled the room as most guests seemed certain they were witnessing the beginning of a revolution in real estate financing.

“It’s going to be absolutely huge,” said one guest. “In a few years, everyone will be doing it,” added another.

But go to any more traditional real estate event and you will find little enthusiasm for crowdfunding. Its numerous critics see it as a passing trend, a dangerous method that will defraud clueless investors, or both.

Critics and proponents of real estate crowdfunding have argued that time will prove them right. Now, six months have passed since its de-facto legalization and it may be time for a first assessment of how far it has come and where it is heading.

Crowdfunding — the practice of soliciting money directly from a large group of people, usually via the internet — used to be primarily a way of financing small, non-commercial projects.

This changed with the passage of the JOBS act in 2012, which called for a legalization of the crowdfunding of investment projects. Starting on September 23, 2013, the SEC allowed platforms to solicit funds directly from accredited investors, lifting a ban on the practice that had existed since 1933.

The main benefactor of this rule change has been the real estate industry. Douglas Ellenoff, a securities lawyer who specializes in crowdfunding, estimates that more than half of the $160 million raised by online crowdfunding platforms in the U.S. since September went into real estate projects. The amount raised offline, for example by developers raising money from neighbors, could be significantly higher.

A good dozen real estate crowdfunding platforms have sprung up over the past year, each with a slightly different business model. Some, such as California-based Patch of Land, crowdfund mortgages with a fixed term. Others, such as New York-based Prodigy Network, raise equity that grants investors an actual share in a building.

While most platforms solicit openly from accredited investors, New York-based iFunding chose to register as a broker-dealer and forego any advertising.

Most funds have flown into single-family homes and crowdfunding firms claim that one of their biggest successes so far is having financed numerous homeowners and developers left out in the cold by banks.

“Banks are so over-regulated that they have a hard time getting things done, and large banks don’t look at small deals,” explained Jason Fritton, co-founder of Patch of Land. “We can get funding in seven days.”

Patch of Land, which was founded in October 2013, takes pride in financing underdogs. For example, it raised $133,000 for a nurse who bought a house in New Jersey, fixed it up and sold it to a homeless veteran.

Investors can chip into Patch of Land’s mortgage originations, which range from $120,000 to $550,000, for as little as $5,000. At iFunding, equity shares have been sold for $1,000. This holds obvious appeal for people who would like to invest in buildings in their neighborhood they are familiar with, but lack the means to buy them as a whole.

Some crowdfunding investors are more intrigued by the high annual returns on offer, which are often well above ten percent.

Crowdfunding has low transaction costs by making do without middlemen — investment brokers, private equity funds or REITs — and firms can pass part of these savings on to investors.

But despite these obvious advantages, the industry is still just a drop in the ocean of real estate financing. The estimated $80-100 million raised by real estate crowdfunding firms since September could barely buy an office tower in Manhattan, which may explain why it has gotten little interest the New York industry.

Insiders say crowdfunding rarely features in conversations among industry leaders. At a panel in November on new trends in real estate financing, the heavyweight developers on stage didn’t mention it at all.

When pressed by this reporter, the unanimous response was that crowdfunding was still in an early stage, and that one would have to wait and see.

Crowdfunding entrepreneurs happily acknowledge the industry is still in its infancy. Perhaps the most common term they use to describe crowdfunding’s vast, untapped potential — as well as their role as pioneers — is “Wild West”. But intended or not, the metaphor also evokes an image of Billy the Kid lawlessness.

This fear of potentially entering into shady business is another reason why developers and financing firms have been slow to embrace crowdfunding.

“I could probably convince you that this bottle of water is worth $100 if I have a cool website,” said one real estate financing broker, adding that he is concerned over a lack of regulation surrounding crowdfunding. “I think it’s only a matter of time before negative forces take over.”

Securities lawyer Douglas Ellenoff considers such fears overblown. “There will be fraud, but it won’t be disproportionate compared to other areas of financing,” he argued, adding that crowdfunding firms are subject to stringent regulatory oversight. Fraud in crowdfunding, as in stock trading or investment banking, leads straight to jail.

Current regulations may be less effective in protecting investors from themselves, according to Ellenoff, a lawyer a Ellenoff, Grossman and Schole LLP. He criticized the lack of a suitability requirement that would prevent individuals from investing more than they can afford.

“Once you’re accredited, you can invest as much and as long as you want,” he explained. “I am not a fan of this. I keep telling my crowdfunding clients to tell their investors that just because they can invest doesn’t mean they should invest more than they can afford.”

Despite potentially flawed regulations, Ellenoff is certain that crowdfunding in the U.S. is bound to grow to a volume of several billion dollars in the near future. But the industry still has some obstacles to overcome.

In order to become big players in real estate financing, crowdfunding firms need to branch out from single-family homes into the lucrative world of skyscrapers and industrial parks. Some firms are already attempting to do so.

iFunding is in contract to build a $250 million condo tower on Fulton Street in the Financial District with a development partner, for which it hopes to raise $50 million from the crowd.

Prodigy Network’s Rodrigo Nino has similar ambitions. He has already raised $170 million for a tower in Bogota and $25 million for a residential tower in Manhattan’s financial district through crowdfunding, albeit exclusively from non-US investors.

His first foray into U.S. crowdfunding is a planned $175 million FiDi residential tower at 17 John Street, for which he claims to have already raised more than $20 million from the crowd. Close to a third of that money, he said, came for U.S. investors.

Crowdfunding skyscrapers is difficult for several reasons. First, it requires raising unprecedented amounts of capital — a daunting case given crowdfunding firms’ low profile and miniscule marketing budgets. In order to reach more investors, several firms said they are looking to significantly raise their advertising budgets in 2014.

Building skyscrapers is also difficult without the help of institutional investors or private equity funds. Getting them on board is the second great hurdle crowdfunding firms are currently looking to overcome.

Patch of Land’s Jason Fritton said his firm is trying hard to get access to institutional money, while Prodigy Network’s and iFunding’s tower plans involve senior financing partners. But institutional investors, traditionally keen on safe investments, are reluctant to work with crowdfunding firms for the same reason developers are: it is a new practice that hasn’t proven itself yet.

One way of gaining legitimacy in the eyes of institutional investors is to add big names to the team.

iFunding recently added former New York Governor David Paterson as well as entrepreneur and Goldman-Sachs alum Jason Jones to its board of directors.

These moves may help, but some mistrust will take time to disappear and crowdfunding pioneers will need a lot of patience if they want to realize their grand ambitions.

Douglas Ellenoff has no doubt that it will eventually pay off. “I’ve worked on many new programs, and people are always skeptical at the beginning. For example, people didn’t think E-trade would work,” he said. “Then they wake up ten years later and think ‘How did I not jump in on this earlier?’”