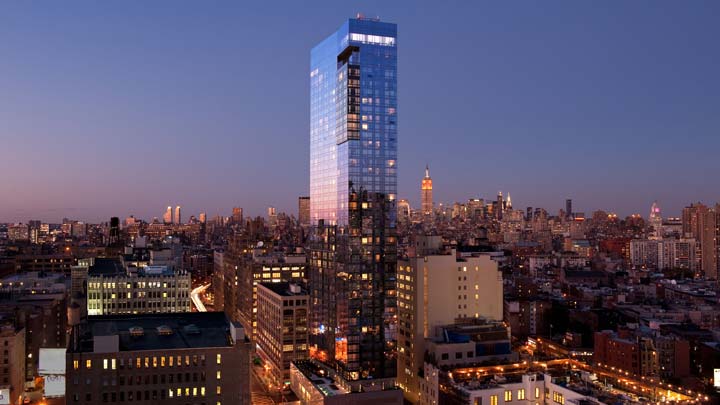 The latest developments came last week, when a mob-informant-turned-author-turned-developer, Salvatore Lauria, filed a summons in New York State Supreme court against Jody Kriss, now a partner in East River Partners, a company that develops residential properties in Manhattan and Brooklyn.

Lauria and Kriss worked together at Bayrock Group in the mid-2000s. The firm at the time was involved in a number of projects, including Trump SoHo, Midtown Miami in Miami, Fla. and Trump Tower in Fort Lauderdale.

Lauria’s action-packed 30-page summons accuses Kriss of extortion, “mob tactics” and endangering Lauria’s life in Kriss’s ongoing lawsuits against Bayrock – a campaign that started as a compensation dispute and has evolved into a complicated legal war.

Kriss filed a lawsuit in 2010 that exposed Lauria and another former Bayrock employee as convicted felons who became informants and worked with the government to put their co-conspirators in jail.

According to Lauria’s suit, the revelation put their lives in danger from their former partners in crime.

Kriss’s suit also sparked a debate, still playing out in federal court, which pits the interests of investors against the federal government’s lenient sentencing of informants, and its right to conceal court proceedings in the name of national security.

No one denies this story involves organized crime. Lauria’s lawsuit embraces mobster references, claiming that Kriss and his father Ronald Kriss, a lawyer, served as “front men” for Bayrock, comparing them to Tom Hagen, Robert Duvall’s fictional character in the movie “The Godfather.”

Bayrock collaborated with the Trump Organization on a number of projects. However, Alan Garten, general counsel at Trump, says he doesn’t think the company worked with either Lauria or Kriss. In news reports and photos of events from this period, Bayrock was generally represented by Arif, Julius Schwarz, and another member, Felix Sater, who shared Lauria’s past as a criminal and an informant.

Representatives of Bayrock Group declined to comment for this story.

Kriss started working at Bayrock in the early 2000s. He left after a falling out over a 2007 deal to make an Icelandic company, FL Group, partners in the Midtown Miami development in Florida.

Lauria’s lawsuit says Kriss was unhappy with his commission on the deal. A suit that Kriss filed in Delaware in 2009 tells a different version of the story, and claims Kriss was owed a disbursement of profits from the deal as an interest-holding member of the firm.

The Delaware suit was dismissed by a judge who suggested the case could be filed in New York.

Kriss did file suit in New York, in 2010. Attached to that complaint were copies of papers that were under seal in the court and detailed the criminal past of Lauria and Sater.

According to numerous legal documents and published reports, Lauria and Sater were both convicted in 1998 of stealing money from people who invested through their brokerage firm, White Rock Partners, by inflating the price of stocks. The difference between what the victims paid and the actual value of the assets was laundered through offshore bank accounts and paid back to the brokers at White Rock and other participants in the scam.

A Brooklyn judge sealed their convictions, however, when Sater and Lauria became government informants. The two were not sentenced until years later, and never went to jail.

In a transcript of Lauria’s sentencing, his lawyer says Lauria had made restitution with between 15 and 20 of the victims of the White Rock scam. The judge however, said that number was “a minuscule percentage of the number of investors who were defrauded.”

Kriss denies he is trying to extort money from any of the defendants in his suits.

“I sued to recover what I earned and worked very hard for over more than four years at Bayrock,” he wrote in an email. “The idea that I am extorting them is laughable to everyone who knows me. Their suit is a naked attempt to defame me and to turn the facts around.”

Frederick Oberlander and Richard Lerner, the lawyers representing Kriss, also filed a suit against Sater and Lauria on behalf of the estate of deceased White Rock victims in March last year. They lost that case last week before Judge Lorna G. Schofield, who is also the judge hearing Kriss’s two lawsuits.

Oberlander also took the matter to the U.S. Supreme Court, acting as plaintiff with Lerner as his legal counsel, but the justices declined to hear the case. And last Wednesday Oberlander and another lawyer, Lorienton N.A. Palmer, filed yet another brief in a long series of arguments seeking to have Sater’s criminal docket unsealed.

According to the summons Lauria filed against Kriss last week, Oberlander has also been the subject of criminal investigations in relation to the way he has conducted the lawsuits.

“Amazingly,” Lauria’s lawyers wrote, “Kriss and his attorneys were undaunted and remain undeterred.”

Vanderbilt food market deal a taste of things to come