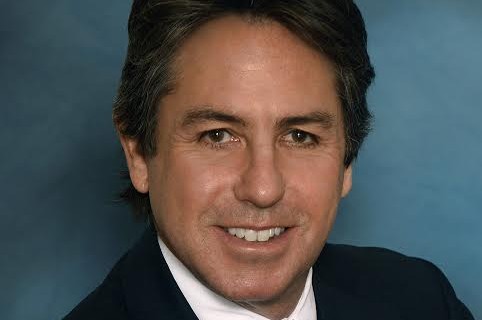 Though Tony Fromer, principal at We’re Associates Inc. and a member of the Wexler family, had a clear path to the industry through his bloodline, it was not an automatic assumption that he would throw his hat into the ring.

“Although my family has been in real estate virtually forever, I did not expect to go into it for my entire life,” Fromer told Real Estate Weekly during a recent chat.

Before embarking on his professional journey, Fromer enrolled at UPenn with the intention of exploring other career paths in economics. After investigating other fields, he ultimately decided to follow in his grandfather, Jack Wexler’s footsteps.

We’re was founded by Jack Wexler and his brother-in-law, Morton Rechler. Fromer now helps navigate the firm, which has become both the oldest and largest private developer and owner of commercial buildings on Long Island.

Though he was open to new opportunities, the third generation real estate professional “really did learn from the ground up” as he spent his formative years earning his wages in the company’s trenches.

“In college, during summers I would work on construction sites that we we’re doing,” Fromer said. “The Jericho Quadrangle was just a hole in the ground.”

Now it’s much more than that.

“There were three buildings originally that made up the Jericho Quad,” continued Fromer. “100 was a multi-tenanted building.”

200 and 300, which were under construction during Fromer’s college years, were swept up by Chemical Bank, who leased both properties.

Today, the Jericho Quadrangle stands out as one of the few large blocks of well-located Class-A space in Nassau County. Made up of four buildings totaling 1.1 million s/f, it is situated at the intersection of Exit 40 of the Long Island Expressway and Jericho Turnpike, close to the North State Parkway and Routes 106/107. The property is serviced by the Nassau County bus system (NICE) with a first stop at the Hicksville train station of the Long Island Railroad, and it also stands in close proximity to both JFK and LaGuardia Airports.

Seeing the Quadrangle expand and sustain itself was an “inspiring” experience for Fromer. “It kind of got me juiced up a bit about it,” he said. “I really wanted to be a part of it.”

The entire complex has enjoyed an exceptional occupancy rate throughout most of its existence, including a 93 percent rate at the close of 2015.

300, which is about to part ways with longtime tenant, Cablevision, will sustain no downtime. Instead, it will be fully occupied immediately after the scheduled termination of the company’s lease towards the end of this year.

To fill Cablevision’s void, Fromer needed to seek out multiple tenants who could each soak up a piece of the 300,000 s/f space.

To prep for the change in occupancy, 300 Jericho Quadrangle will undergo a $10 million capital improvement program over the course of 2016. The overhaul will provide renovation and improvements to the public spaces, lobbies, central plant improvements to increase energy efficiency, elevators, bathrooms, and fitness center. It will also include the creation of an outdoor recreation area.

While filling the large building was a sizable task, despite the desirability of the space, it’s a role that was driven by Fromer, who specializes in leasing and tenant relations for the company. It’s the role that his direct ancestor, Jack Wexler executed in the past.

“When I came into the business, my grandfather and my great uncle really had two distinct roles,” said Fromer. “My grandfather really did a lot of the leasing and tenant relations.

“Morton Rechler was an engineer by training and he handled most of the construction and development part,” said Fromer while discussing the “re” in We’re and his great uncle.

Fromer says that the firm’s in-house approach to leasing and “direct relationship with tenants” has proven to be invaluable as both offer clients a “one-stop shopping” experience.

Fromer extended that in-house experience to more of the Long Island business community eight years ago when We’re constructed the 135,000 s/f 50 Jericho to complete the Quadrangle’s family of structures.

Among other properties, We’re also owns the Lake Success Quadrangle which has housed marquee tenants such as Canon USA. The property, which sits along Marcus Avenue, spans about 1.1 million s/f, which is a significant chunk of the approximately 3.5 million s/f that the firm currently presides over. Lake Success boosts one of We’re’s core tenant bases as it supplies multiple medical tenants.

“Medical use tends to have longer leases,” said Fromer while explaining why he enjoys striking deals with tenants from that sector. “They tend not to move as often.

“We find it to be a much better investment,” Fromer said, though he conceded that upfront, it can be a bit more expensive to prepare the space for medical tenants

As for future tenants, Fromer is optimistic that further deals are on the horizon. We’re is considering either acquiring or developing another addition to its portfolio. Fromer said that Port Washington is an area of interest.

Regardless of where they chose to expand, Fromer looks forward to growing a company that handles their business in-house and invests in assets that will stay in the fold for decades.