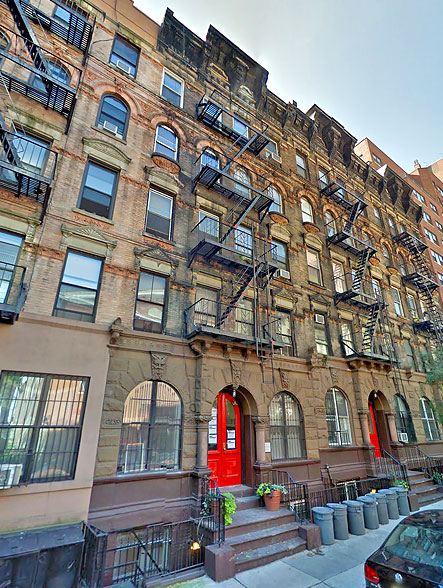 East Village landlord Raphael Toledano is looking forward to rebuilding his real estate career after being slapped with a $3 million compensation order for trying to harass tenants out of their rent regulated apartments.

“Mr. Toledano looks forward to working carefully in the future and has the potential to be one of the most successful young real estate entrepreneurs in the city now that these issues have been resolved,” said Toledano’s attorney, Ben Brafman, of Brafman & Associates, P.C.

Brafman, whose celebrity clients include Harvey Weinstein and Sean Combs, added “We are both very pleased that today’s settlement with the attorney general resolves all legal matters.”


Attorney General Letitia James last week ordered the principal of Brookhill Properties to work under the supervision of an independent monitor or risk a lifetime ban from the business as part of a settlement over a slew of charges brought by the state’s Tenant Protection Unit (TPU).

“This investigation identified a consistent pattern of illegal conduct, including fraud and tenant harassment, in Toledano’s real estate business,” said the AG.

As far back as 2014 when Toledano began amassing his real estate portfolio, the investigators found that he was engaged in deceptive business practices, misrepresenting himself as a lawyer and advertising apartments with three or four bedrooms, when legally the apartment could only have one or two bedrooms.

He also misrepresented himself as being affiliated with well-known developers when contacting sellers of properties he wanted to flip.


Starting on or around March 2014, Toledano began representing himself to
property owners as an attorney for Josh Zegen, one of Madison’s co-founders, soliciting real estate deals on Zegen’s behalf.

At one 13th Street building, tenants were approached with buyout offers from a “tenant relocator” who asked for proof of their immigration status.

And at an East 12th Street property, their was no cooking gas for a year.
Jim Markowich, a former tenant at an East 5th Street building owned by Toledano, said, “We feel that he consciously and strategically tried to make our lives as his tenants unnecessarily upsetting and difficult. For example, there was sudden, unannounced, slap-dash demolition work that released elevated levels of lead dust into buildings where toddlers were living.”

Between 2014 and 2016, Toledano acquired a portfolio of 29 buildings in the East Village, but by April, 2017, all were the subject of bankruptcy and foreclosure proceedings or sold off after Madison Realty Capital began foreclosing on its loans.

Even then, the AG said Toledano took security deposits from would-be market-rate tenants that he never returned.

The settlement was reached on June 19, days after the state enacted tough new rent regulations which James noted were enacted to protect tenants from predators such as Toledano.

“Putting profits over people is unacceptable, and my office will hold any landlord accountable who violates the law to increase their bottom line,” said James.

“Under no circumstance should tenants be subjected to the harassment perpetrated by landlords like Raphael Toledano.”