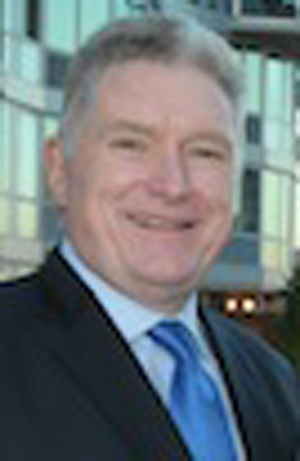 The Hudson Yards / Hell’s Kitchen Business Improvement District (HYHK BID) announced that it has taken a significant step toward becoming fully operational by establishing an Interim Board of Directors.

Singleton, who has been with TF Cornerstone for 29 years, brings extensive knowledge of the Hudson Yards district to the Executive Board. TF Cornerstone developed the first luxury residential building in Hudson Yards, the 43 floor tower at 505 West 37th Street, on the corner of 10th Avenue, completed in 2010, as well as Plaza West, a full-service luxury rental building at 444 West 35th Street, completed in 1990.

TF Cornerstone, along with The Moinian Group, Related Companies and a select handful of additional developers with interest in the district contributed the majority of the financing for the HYHK’s initial $1.2 million budget. That budget will ultimately increase to $3 million annually.

“It’s a great privilege to be able to play a role in making the HYHK BID a fully operational reality,” said Singleton.  “With the No. 7 Subway Extension coming online, the development of several world-class, mixed-use commercial and residential projects underway, and Hudson Park & Boulevard near completion, it is clearly a transformative time for the Far West Side. There will be tremendous economic growth in the area, and the HYHK BID is committed to enhancing the quality of life for all neighborhood stakeholders.”

The HYHK BID was signed into legislation by former Mayor Michael Bloomberg in December 2013, after a broad swath of constituencies on the Far West Side spent over a year advocating passionately for the establishment of a local business improvement district.

A BID Planning Committee was formed in May 2012, which required a high level of involvement from commercial property owners and tenants, residential owners, neighborhood association leaders, Community Board 4 members, and government representatives – all of whom recognized the area’s emergence as one of the most booming and highly desirable locations for new development in the City. The New York City Department of Small Business Services guided the Planning Committee in submitting the BID legislation.

The Moinian Group’s Oskar Brecher and Related Companies’ Andrew Cantor will work alongside  Singleton as the BID’s Co-Vice Chairmen.

Brecher is responsible for the master planning and execution of new ground-up development projects in the Moinian Group’s diverse portfolio, including the company’s most noteworthy commercial project to date, 3 Hudson Boulevard – a 1.8 million square foot, LEED Platinum office building – located in the Hudson Yards District at West 34th Street and 11th Avenue with direct access to the No. 7 Subway.

The Moinian Group is the largest private land owner on 11th Avenue, owning over five acres of property and nearly four million buildable square feet in the area.

Andrew Cantor is Vice President of Development for Related Hudson Yards, the division of Related Companies responsible for the development of the 28-acre Hudson Yards site on Manhattan’s west side.

HAVE YOU HEARD … Beau Bridges is The Landlord; LIC penthouse record