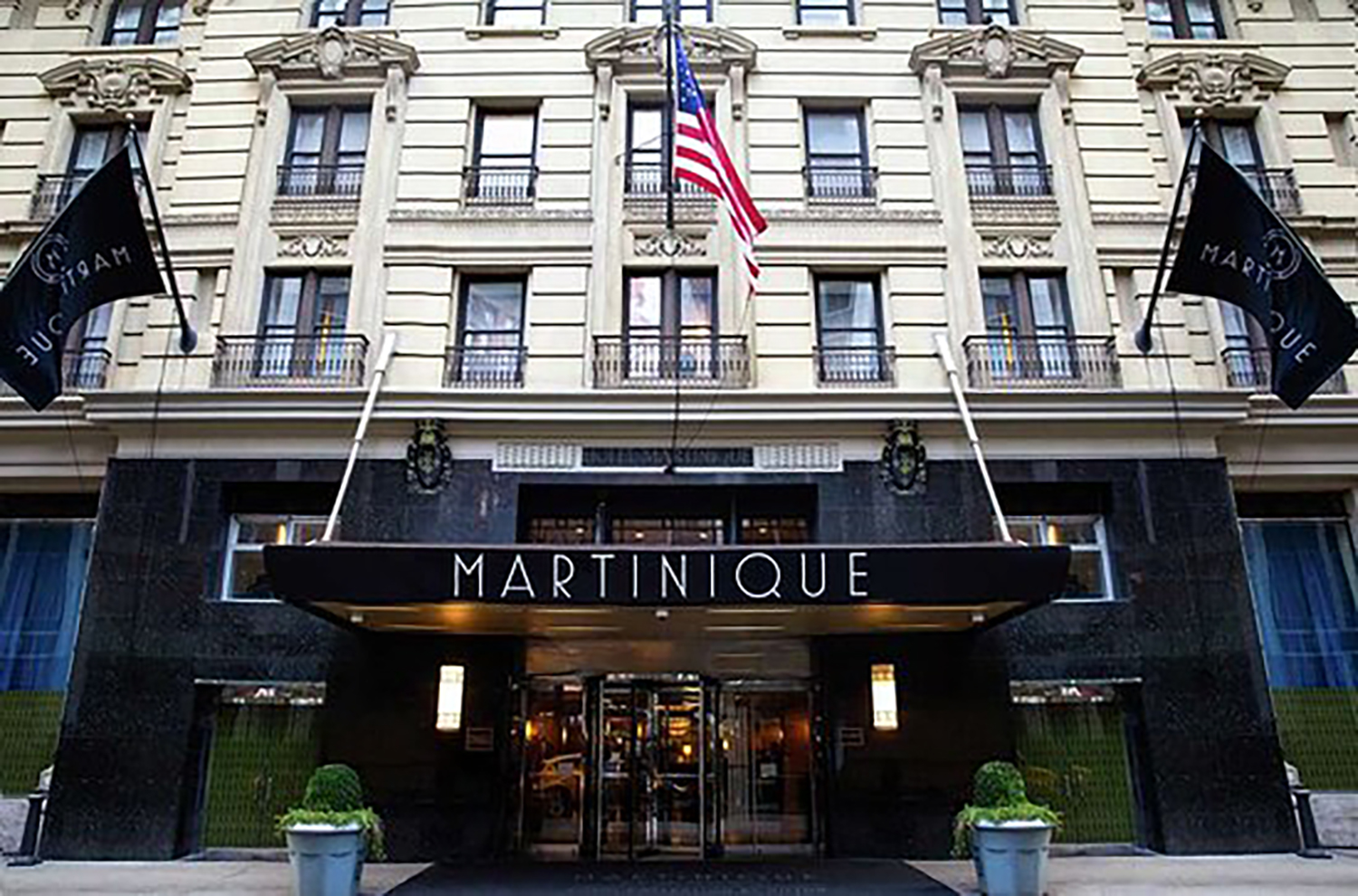 Located prominently at the corner of 32nd Street and Broadway, on the border of Koreatown, the hotel is a Beaux-Arts style property featuring a French Renaissance design. Originally opened in 1897 by William R.H. Martin, the Martinique was New York City’s first luxury hotel and became a symbol of grand hospitality in the Gilded Age. Its prime Midtown South location is proximate to many of New York City’s most popular destinations and landmarks, including the Empire State Building, Macy’s Herald Square, Madison Square Garden and Penn Station. The hotel’s ten event spaces, which includes a ballroom and boardroom with natural light, can accommodate over 400 guests.

“It’s exciting to be a piece of this iconic hotel’s storied history and we’re grateful for Burnett’s partnership while their vision takes shape,” said Andrew Lam, a Director in Taconic Capital Advisors’ Commercial Real Estate Group. “As New York City hotel fundamentals continue their dynamic rebound, premier destinations like the Martinique are poised to benefit disproportionately.”

Mr. Lam added, “This transaction is also emblematic of the tactical shift we’ve made in the private market to direct loan origination. With the macro crosscurrents we expect to persist through 2023, our view is that demand for tailored debt solutions will further accelerate. We are well positioned to provide liquidity to capitalize on compelling opportunities.”

The closing allows Burnett to retire near-term maturing financing, complete exterior upgrades and pursue multiple exciting top-floor and rooftop concepts. The hotel will continue to operate under the Curio Collection by Hilton.

The refinancing of the Martinique follows the recent announcement by Taconic and HEI Hotels & Resorts of the joint acquisition of Hyatt Regency Jersey City, a full-service, 351-key hotel located adjacent to Exchange Place situated on a pier extending over the Hudson River in Jersey City, NJ. Over the past two years, Taconic has been involved in hotel transactions throughout the capital structure, spanning over 20 properties totaling more than 5,000 keys.