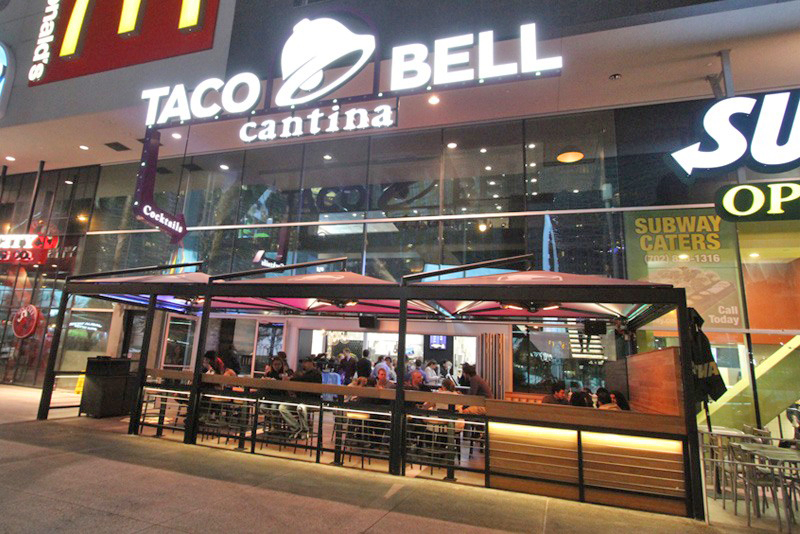 Taco Bell Cantina is poised to make its debut in New York City after signing a lease for its first Manhattan location at 500 Eighth Avenue in the Penn Station corridor.

Taco Bell Cantinas serves a custom menu, along with alcoholic beverages, and features an elevated build-out with an open kitchen component.

As long-time owners of the building, Walter & Samuels approached the lease signing process with a keen awareness of the type of incoming tenant that would make a lasting, positive impact on the trade area.

“500 Eighth Avenue is one of our major holdings in this rapidly-changing area, adjacent to Hudson Yards,” said Peter B. Weiss, Senior Executive Managing Director and Principal at Walter & Samuels, who noted that the company’s holdings encompass more than 500,000 square feet of prime office space in the immediate area.

“The Taco Bell team was a pleasure to work with and we are delighted to add this quality tenant to our portfolio of premier retailers.”

The Winick Realty Group team noted a lot of activity on the space from restaurant tenants. “Together with ownership, we recognized that Taco Bell Cantina would be an asset to the building as the launch of its New York City presence would attract not only office workers in and around the Eighth Avenue corridor but also customers coming from the Fashion District and Times Square, as well as commuters from Penn Station and Port Authority,” said Block.

“In addition, the Penn Station market has seen a number of new developments and upgrades coming to the area, to which the Taco Bell Cantina concept will be a great compliment.”

Added Danielle Winick, “Taco Bell Cantina was drawn to the incredible foot traffic this location provides. It’s a seven-day market that benefits greatly from its proximity to Herald Square and the nearby Hudson Yards development.”

Taco Bell Cantina was represented by JLL. They are expected to open before the end of 2018.
Winick Realty Group continues to work with ownership to market the last remaining retail availability in the building, which comprises 7,701 s/f on the ground floor with 17-foot ceilings and 60 feet of frontage, as well as a selling lower level with 9,218 s/f of space.