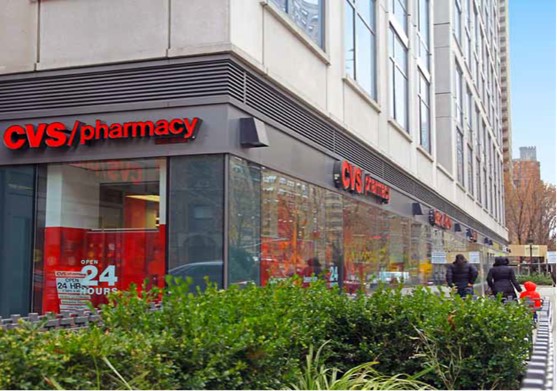 Meridian Capital Group has launched a retail leasing division to represent both tenants and landlords throughout all asset classes in the New York City market.

Known for its expertise in capital market debt and investment sales, Meridian has branched into leasing as part of its campaign to develop into a full-service real estate advisory. It also sees opportunities for disruption in the city’s volatile retail market.

“Retail leasing will substantially expand the services we offer clients,” Meridian founder and CEO Ralph Herzka said in a press release. “Our mission here is clear: To build a best-in-class retail leasing team and infrastructure that will combine the expertise of proven leasing professionals led by James with the vision and client service levels that have driven Meridian’s success.”

With the advent of e-commerce and widespread correction in the city’s prime shopping corridors, the city’s retail real estate market has experienced a turbulent few years. Add to that the closure of Eastern Consolidated and RKF’s sale to Newmark Knight Frank, the industry is in a definite state of flux.

Meridian is hanging much of its on Famularo and his reputation for closing close to 100 retail leases a year. In announcing the creation of the leasing division, the company said it hopes he can increase his transaction volume “several fold” and oversee the creation of a “scalable model” to recruit and develop young retail brokers.

“We are truly delighted to welcome James to the Meridian family,” Yoni Goodman, president of Meridian Investment Sales, said in a written statement. “He brings with him the track record of achievement and professional integrity around which we will grow our retail leasing business.”

Famularo credits Meridian’s “culture, leadership [and] transaction-focused mentality” as well as its success in other parts of the real estate industry with his decision to take the reins at its fledgling retail operation.

Along with nearly 20 years of experience, Famularo brings a record of more than 1 million s/f worth of leases and a proclivity for the trending submarkets of fashion, food and fitness. His notable deals include Jacadi and Livly on Reade Street, Fueguia 1833 at 21 Crosby Street, a 12,000 s/f steakhouse at 125 West 44th Street, a 10,000 s/f Korean barbeque restaurant at 206 Spring Street, Y7 Yoga at 54 West 39th Street, Shape House at 34 West 17th Street and I Love Kickboxing at 43 Essex Street.