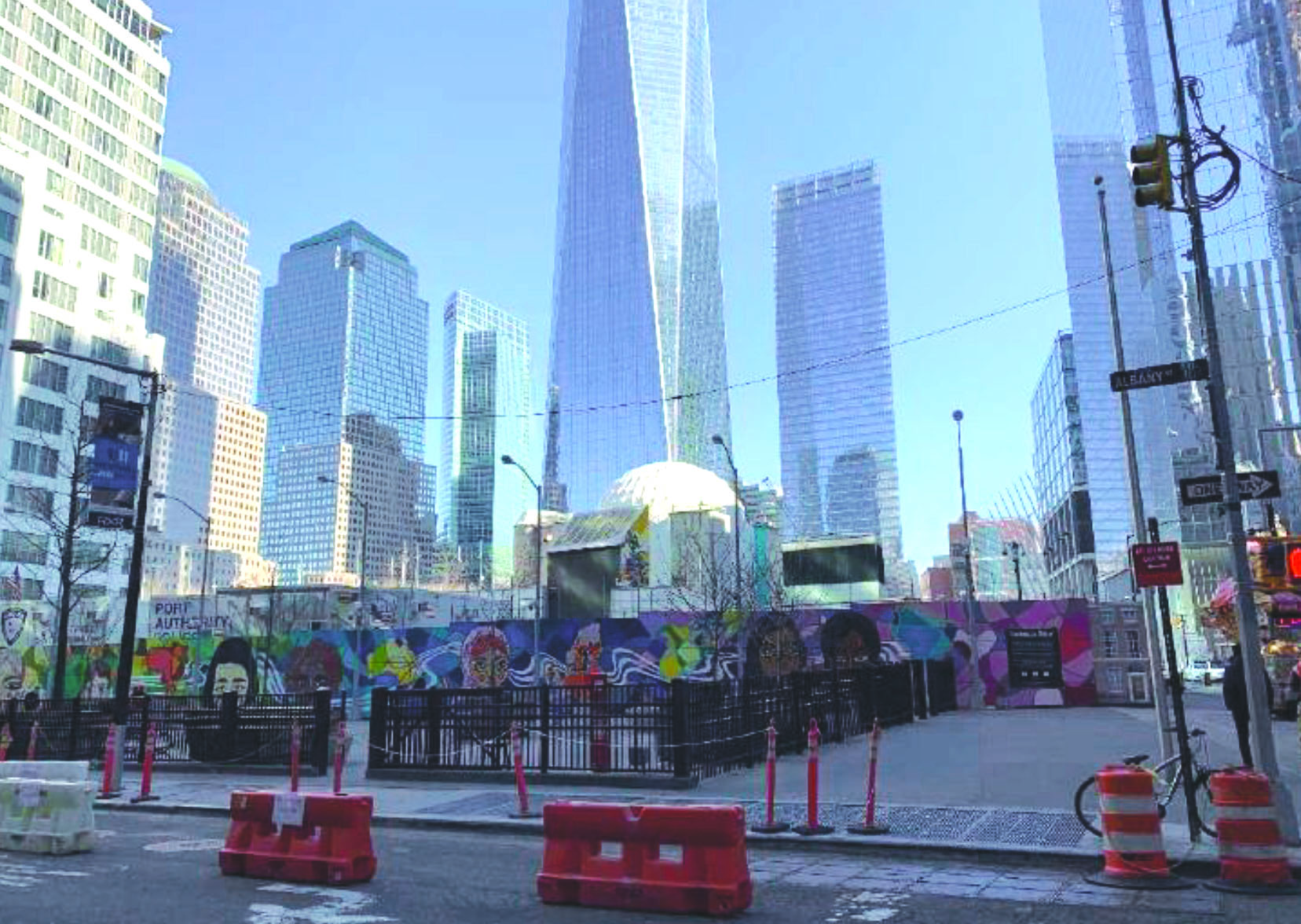 Located directly south of Liberty Park, the 33,000 s/f lot is accessible from more than a dozen subway lines and the PATH train system.

“Nearly eighteen years ago, New Yorkers vowed to rebuild Lower Manhattan stronger than ever, and with the request for proposals now open for World Trade Center Site 5, we are continuing to make good on that promise,” Governor Cuomo said.

The Lower Manhattan Development Corporation (LMDC), a subsidiary of Empire State Development, purchased the site in 2004 and completed deconstruction, abatement and excavation in 2011 — work which was funded by a U.S. Department of Housing and Urban Development grant.

LMDC and the Port Authority of New York and New Jersey are jointly issuing the Site 5 Request for Proposals (RFP), seeking a development team to lease or purchase and redevelop the site with a commercial or mixed-use project.

Reflecting a recent influx of office space into the neighborhood and the need for housing in the community, the RFP entertains both commercial and mixed-use proposals — with the possibility of modifying the GPP if needed.

Any project proposing residential use must include onsite affordable units that comply with New York City’s Mandatory Inclusionary Housing program.

Howard Zemsky, Empire State Development President, CEO & Commissioner said, “September 11th was one of New York’s darkest days and in the years since, we have worked hard to rebuild Lower Manhattan. Releasing this RFP is an important milestone in these efforts.”

Rick Cotton, Port Authority Executive Director said, “We are pleased to move forward with this much anticipated premier development opportunity in New York City. We have taken aggressive actions during the past year to evolve this campus from construction site to a lively, energetic public space, and the development of this vacant parcel is the next step in this ongoing transformation.”

A year ago this month, Tower 3 opened and is over 50 percent leased.

Shortly after Tower 3 opened, the Port Authority opened Dey Street and Cortlandt Way to pedestrian traffic to greatly improve access to the site — the first time these streets have been opened since the original World Trade Center was built in the 1970s.

Meanwhile, Tower 4 is fully leased and One World Trade Center is 83 percent leased.

The Tower 2 site, which is controlled by Silverstein properties, is scheduled to become a future commercial office tower, with its construction hinging on future market demand for an anchor tenant.

Construction of one of the last signature structures on the World Trade Center campus – the Ronald O. Perelman Performing Arts Center – also is underway following an agreement brokered by Governor Cuomo in 2018.

The Performing Arts Center is projected to open in 2021 and will be able to seat over 1,000 people.

During the first five months of 2019, the Port Authority continued its aggressive initiatives to transform the site into a dynamic space in Lower Manhattan with a variety of cultural and artistic installations.

And in April, Smorgasburg — the largest outdoor weekly food market in the United States — began a weekly activation every Friday at the site through October 25.