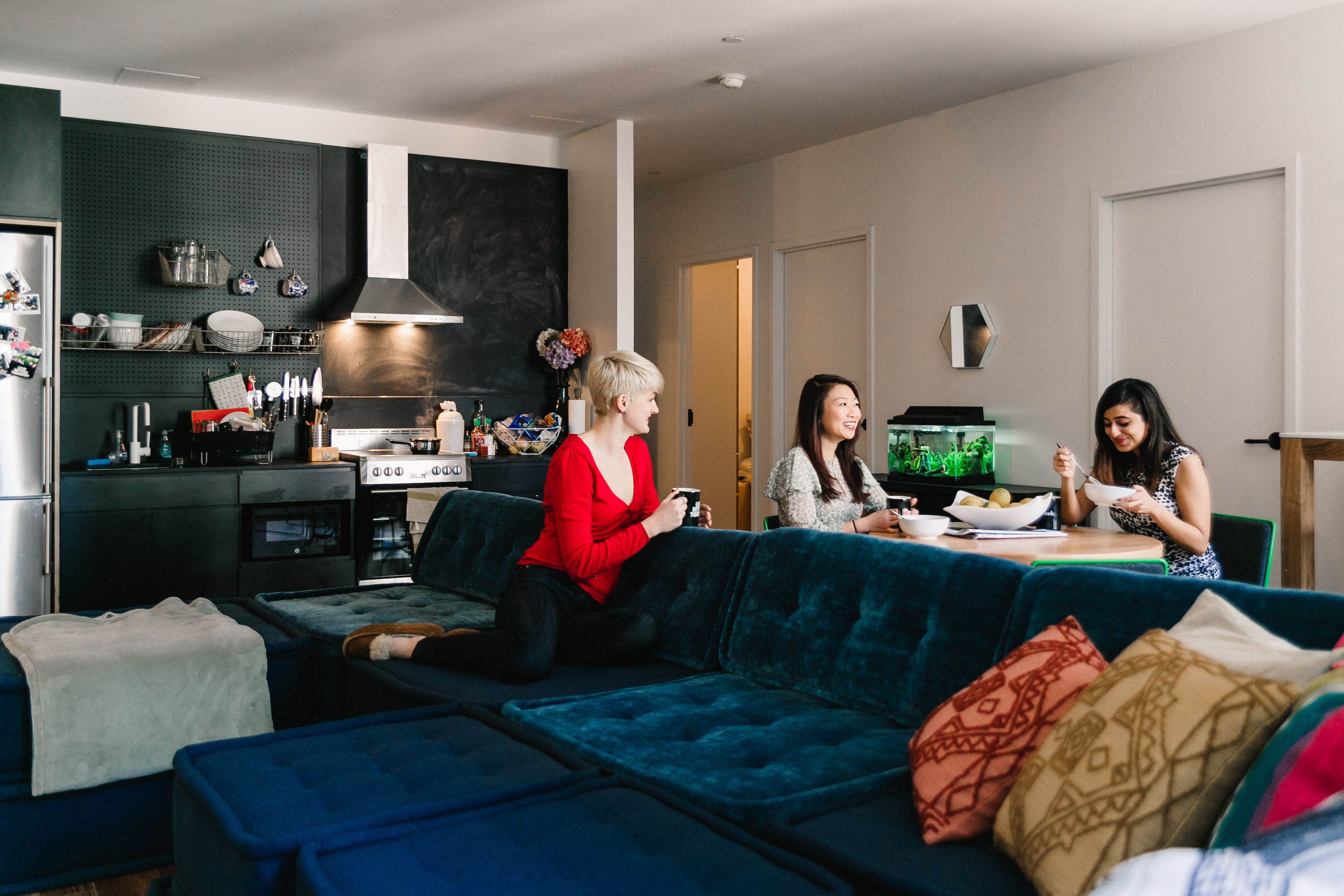 Shortly after 9/11, Adam Neumann moved to New York City’s Financial District from his native Israel with his sister to live and experience the American dream.

With little money in their pocket, they settled in to a place near the World Trade Center site when apartments were cheap.

It was in the elevator of his old building where the charismatic and outgoing co-founder and CEO of WeWork discovered the inspiration for WeLive, WeWork’s first “co-living” space which officially opened its doors — and over 200 units — to New Yorkers at 110 Wall Street this week.

“I noticed that whenever I’d walk into the lobby of our building, or take the elevator, no one talked to each other; there was no interaction between the building’s residents,” Neumann shared with a large audience at Fast Company’s inaugural “Inside the Issue” event last week.

This was quite the opposite of what he was used to in Israel, where neighbors are friends and socializing with those around you is the norm.

So he started a friendly competition with his sister to see how many residents they each could meet and have a cup of coffee with. Whoever made the most connections after a month would win.

While Adam lost the competition to his sister, a fashion model, between the two of them, they had made friends with at least one person on each floor.

What happened soon after was that everyone started talking to each other in the building.

“When a resident would move out, we had parties. When new people arrived, we held parties. Everyone became friends, and the energy of the building changed,” Adam explained.

He took this idea of “concept living,” wrote a business plan and entered into an entrepreneurship competition at Baruch College, but it was rejected by the dean and was one of the few submissions that didn’t advance to the second round.

So Adam moved on to other ventures before he and business partner Miguel McKelvey founded their business WeWork, which was recently given a valuation of $16 billion, up from $10 billion last summer.

“Dreams drive this world, and dreams take us to the next level,” Neumann said. Applying the WeWork model to residential housing, WeLive rents apartments of various sizes that are fully furnished and stocked with goods and amenities that one would find in their WeWork office, such as alcohol (including a free whiskey bar on the 10th floor), collaborative spaces, and ping pong and pool tables.

“It’s a social living platform where you get the best of a dorm, an apartment and a hotel all in one,” said Neumann.

“It’s the WeGeneration and we are in the sharing economy of housing. It’s the first time this has ever been done.”

It’s no secret that WeWork’s model is working. The “Physical Social” now operates in 91 locations in 28 cities in seven countries with plans to open more locations in China, India, Australia and South Korea in the near future.

“We want to be wherever there are creators following their passions, working in a new way, determining their own destiny,” said Miguel McKelvey, co-founder of WeWork.

“We are connecting with people everywhere we go. This is a global phenomenon — people are finding meaning in their work.”

McKelvey said that the celebration of the entrepreneurial culture and heroes of the tech world are certainly a core part of the WeWork culture. There are many people that aspire to being successful, but don’t know exactly know how to get there.

“With WeWork, we provide an interesting and safe way to become exposed to all the different paths we can follow,” McKelvey explained.

“From young people starting a company right out of college, to others who have worked for a firm for 10 years wanting to branch out on their own.

“For me, I’m in career number five — I’m reinventing myself. There are so many unique stories of our members doing the same. There isn’t one career path that is correct for everyone and we can hopefully be an important part of that truth.”

And part of that truth happens behind-the-scenes in the role that its Community Managers play, according to Neumann.

One example is the story of a marketing executive who took a job that required him to move to Manhattan with his wife, who was seven months pregnant.

Working from a WeWork office in the city, the company closed up shop unexpectedly after 60 days, leaving him unemployed having to support a growing family.

Several WeWork community managers caught wind of his predicament and suggested he connect with another marketing company within the network. After making the introduction, he was given a seven-day contract, and soon after, a full-time job.

“Our community managers actually affect people’s lives for the better,” said Neumann. “Incredible success stories like this one happen every day in our communities. We all want to be part of something greater than ourselves.”

For JDS, home is where the art is