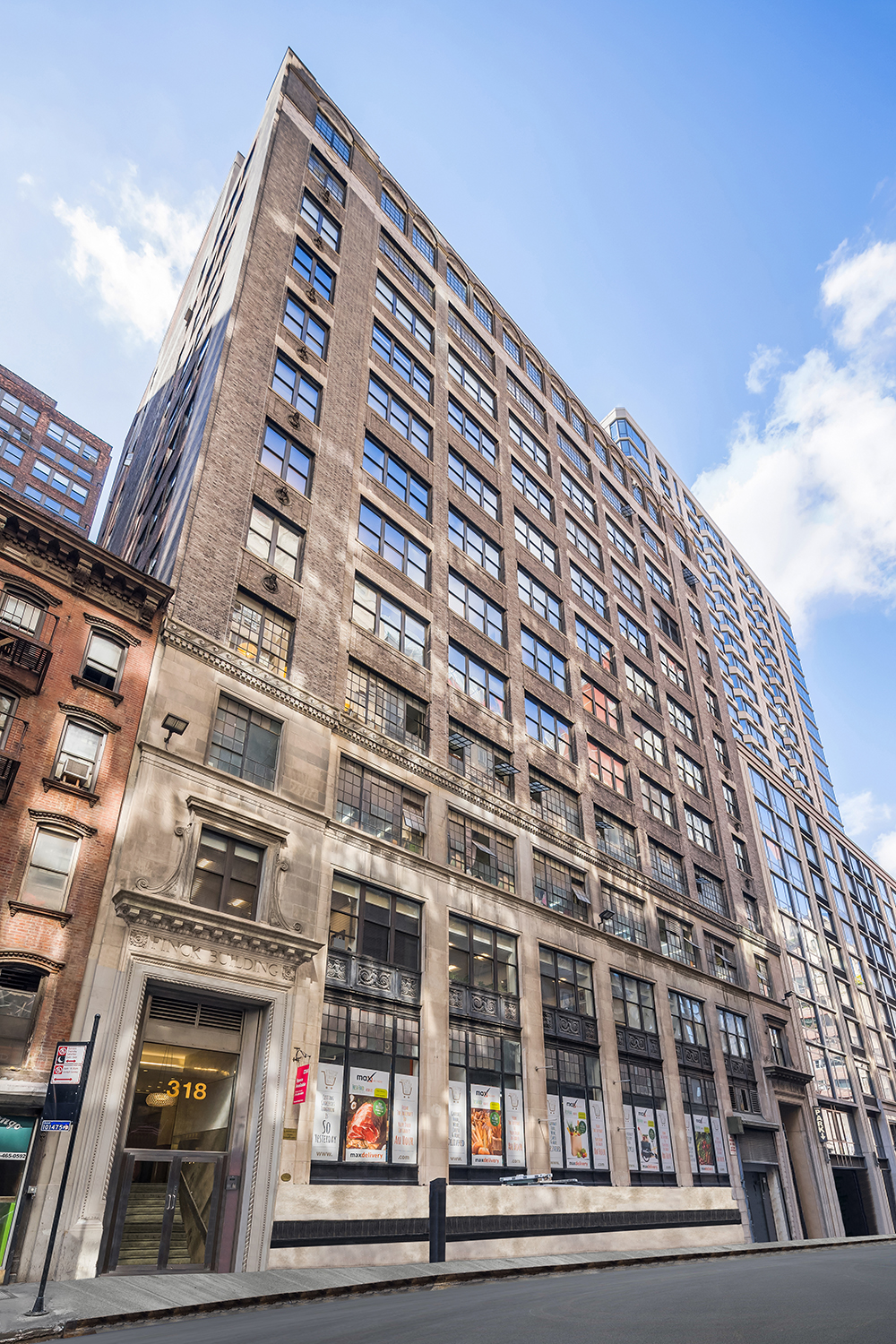 GFP Real Estate, LLC is pleased to announce that SKIP of New York, a non-profit whose mission is to help New York’s most chronically ill and developmentally disabled children and young adults access the services they need to live at home instead of in hospitals and institutions, has signed a 10-year lease for 27,000 square feet—the entire fifth and sixth floors—at 318 West 39th Street in the heart of the Garment District.

“SKIP of NY wanted a quality building owned by a trustworthy landlord and a deal whose economics supported the organization’s mission of serving children in need across the region,” said Mandell.

318 West 39th Street was built in 1915 and designed by the architectural firm of Crow, Lewis, & Wickenhafer on the former site of the Finck Brewery and was originally named the Finck Building. The eight-story building’s façade features classically inspired architectural detailing and a welcoming, modernized lobby.  Building tenants include the famous bridal designer Amsale as well as Barbara Bush’s non-profit organization, Global Health Corp. Situated in the historic Garment District, the building is conveniently close to many area amenities, including the trendy eateries of Hell’s Kitchen, and ample transportation links including A, C and E trains on Eighth Avenue, the Port Authority Bus Terminal, and nearby Times Square-42nd Street station.