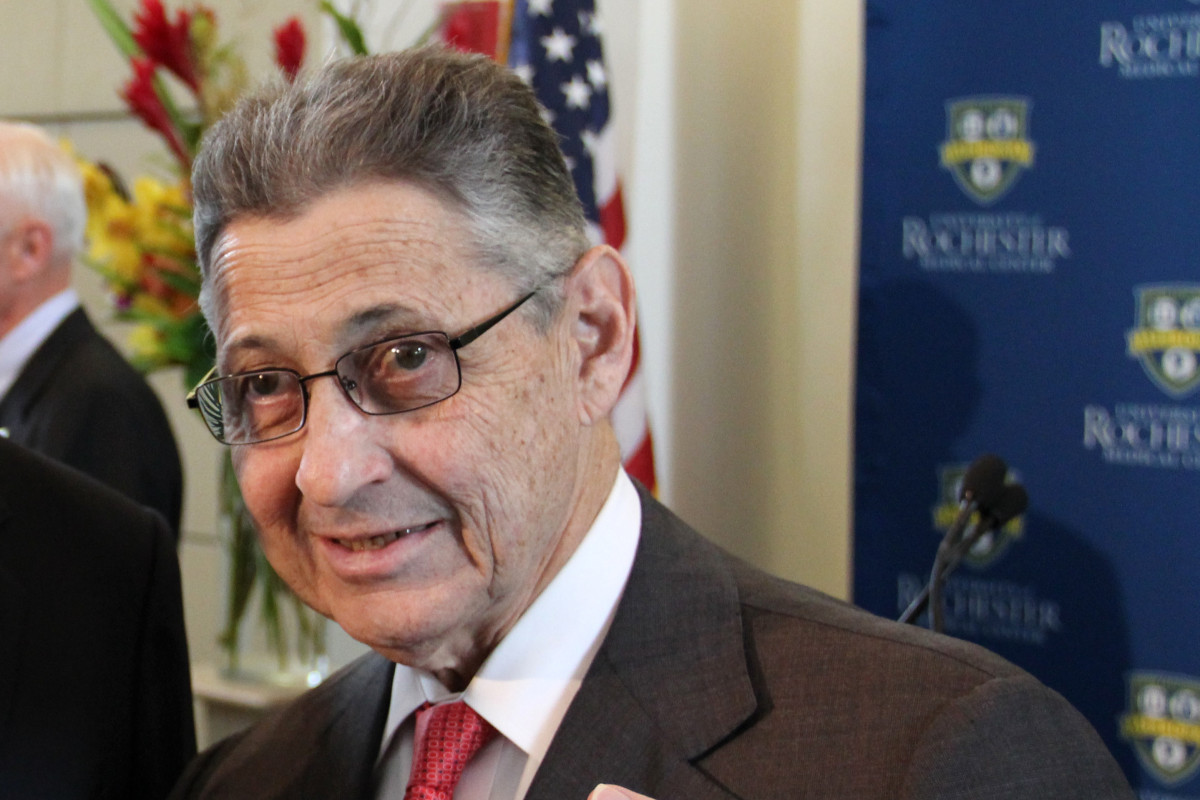 The day after he was convicted on corruption charges, former state Assembly speaker Sheldon Silver has vowed to appeal the verdict.

“Weʼre obviously very disappointed and we had hoped the jury would see it our way,ˮ Steven F. Molo, one of Silver’s lawyers, told Real estate Weekly yesterday (Tuesday).

“We are sorry that they didn’t but we believe that we’re on strong legal ground.ˮ

According to Molo, Silver’s defense will be filing post trial motions seeking judgement of acquittal and a motion alternatively for a new trial on January 10.

Silver’s tumultuous 2015 came full circle Monday after he was convicted on all seven corruption charges that were levied against him in January of this year.

Silver, who had held his position as speaker since 1994, was found guilty of garnering approximately $4 million by inappropriately utilizing his political standing to facilitate under the table deals. The transactions included agreements with two real estate developers — one identified as  Glenwood Management — as well as well as an arrangement with a cancer researcher and the law firm Weitz & Luxenberg.

“It’s a sad situation when an elected official seeks to use his position in government to personally enrich himself,” said REBNY president, John Banks.

“This verdict sends a message that voters place their trust in our elected officials. We respect the jury’s verdict and the judicial process.”

In his indictment, U.S. Attorney Preet Bharara accused Silver of having referred two developers to a law firm in exchange for hidden payments from the firm. Although unnamed at the time, Glenwood Management and Extell were later revealed to be the parties involved.

Bharara alleged that the developers knew about the payments to Silver, and benefitted substantially from tax abatements by the state. For example, Silver supported a re-authorization of rent controls that was “considerably more favorable to the real estate industry than expected,” after meeting with lobbyists in late 2011.

Extell’s One57 development is believed to have benefitted greatly thanks to Silver’s help.

Neither Extell or Glenwood returned requests for comment by press time.

While Silver’s unethical actions have the 71 year-old facing as much as two decades in prison, his time in the state government produced more than just scandal.

“Silver has a complicated legacy. He had a masterful way of galvanizing his troops (Assembly members) and getting them to agree on the best deal possible on real estate issues,” Adam Leitman Bailey, P.C. told Real Estate Weekly.

“During this process, year after year, he was able to fend off the most liberal and fanatic assembly members and their bills which would have socialized New York City rent laws and development.”

Bailey did add that Silver’s record was not without tarnish before these charges.

“His worst moment was the rejection of rebuilding of Penn Station which would have turned that disgusting transportation center into a development that would have revitalized not only the trains but improved the area,” said Bailey.

“To this day, no one understands why he made this decision which killed the possibility of a new Penn Station.ˮ

Somewhat ironically, Bailey said his best moments were his dedication to the City and State judiciary,

“Some of the best judges on the bench were protégés of Silver,ˮ said Bailey, pointing to Justice Schlomo Haglar, Judge David Cohen and Justice Martin Schulman as specific examples.

“Overall, his leadership allowed real estate development to continue and prosper, despite the extremely far left views of many of his members.”

Silver’s arrangement with Dr. Robert N. Taub of Columbia University consisted of the former speaker sending $500,000 in grants from the State Health Department to the doctor.

Taub, a noted mesothelioma researcher, would in turn refer patients who were seeking damages related to the illness to the law firm of Weitz & Luxenberg, where Mr Silver was employed in an “of counsel” role and would receive a referral fee. As the U.S. Attorney stated, the firm had no knowledge of the alleged scheme between Mr Silver and Dr. Taub.