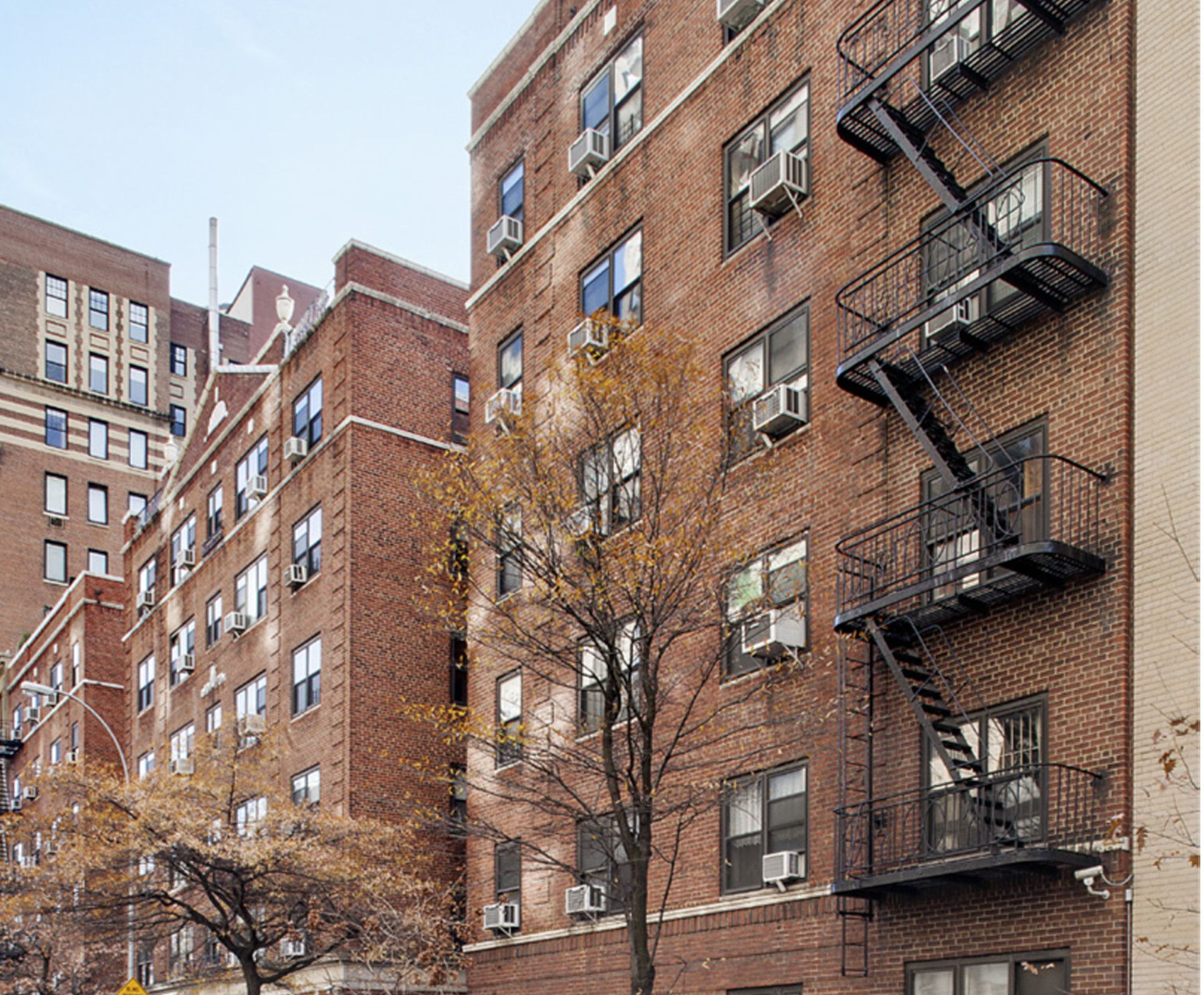 Clipper Realty is in contract to buy 10 West 65th Street, an 82-unit multifamily property in the Upper West Side.

The firm bought the 82,000 s/f property for $79 million or $585 per s/f. The deal also includes the property’s 53,000 s/f of air rights. In a statement, the firm said that they plan to finance the acquisition with a combination of mortgage debt and cash on hand. Clipper also plans to invest additional capital to renovate the property.

The six-story pre-war building, located between Columbus Avenue and Central Park West, was put on the market in December 2015 for $115 million. The apartments in the property average 920 rentable s/f each. Out of the 82 apartments (one is the Super’s unit), 35 are either rent-controlled or rent-stabilized. Meanwhile, the remaining 46 apartments were used by Touro College as dormitory space.

Touro College is the seller in the transaction. The institution bought the property in June 2008 for $44 million, according to property records.

Marcus & Millichap announced the sale of 30-58 34th Street and 30-64 34th Street, two five-story walkup apartment buildings totaling 70 units in the Astoria neighborhood of Queens in New York City. The total sales price for the two buildings is $20.5 million, which equates to almost $293,000 per unit.

RKF arranges $17.5M sale of The Hub in the Bronx

RKF Vice President Zach Mishaan represented both the seller, 149th Street Realty Corp, and the buyer, an affiliate of ABCAPSTONE, which plans to redevelop the building with the potential for up to 100,000 square feet of retail space. Mishaan, along with RKF Director Eddie Mamiye, is handling the marketing and leasing of the project, which is expected to be complete by May 2018.

Situated on the corner of 149th Street and Courtland Avenue, 344-352 East 149th Street is a two-story, 50,000-square-foot building with 250 feet of frontage. The space was previously occupied by Rite Aid and is currently occupied by The Salvation Army Family Store and Donation Center.

ONE Commercial Realty Services has been retained on an exclusive basis for the sale or lease of 2335 12th Avenue.

The subject property is a warehouse building located on the east side of 12th Avenue between West 133rd Street and West 134th Street in West Harlem. The property is prime for an end-user to either purchase or lease 22,500 SF, or a developer to utilize 45,774 buildable square feet (BSF) as of right. All uses are considered for a retail tenant.

With flexible MMU zoning, developers benefit with a wide range of construction possibilities. There is currently an elevator in place across all floors.

This retail/redevelopment opportunity is just steps away from the 7 million square foot (SF) Columbia University Expansion Project, as well as many restaurants and bars catering to the retail demands of, what has been described, as the Mini Meatpacking District.

Phase 1 of the 17-acre, $6.3 Billion Manhatanville Expansion Project is nearing completion with the Jerome L. Greene Science Center (the largest planned at 450,000 SF) set to be fully operational by April 2017.

Andrew Levine and Josh Lipton are handling the assignment.

A 425,000 s/f warehouse in Elmwood Park, New Jersey has just been sold. The facility, which is currently a distribution center for bath tissue and paper towel manufacturer Marcal, was sold for around $30 million, according to America Real Estate’s Richard Harris, who represented the seller in the transaction.

Brian Schauer, a principal at Chaus Realty, represented the buyer, an unnamed private investment fund.  The building, at 35 Market Street, was sold by the Marcalus family, which established the paper mill in the 1930s. The family, which lost the company after filing for bankruptcy in 2006, retained ownership of the building.