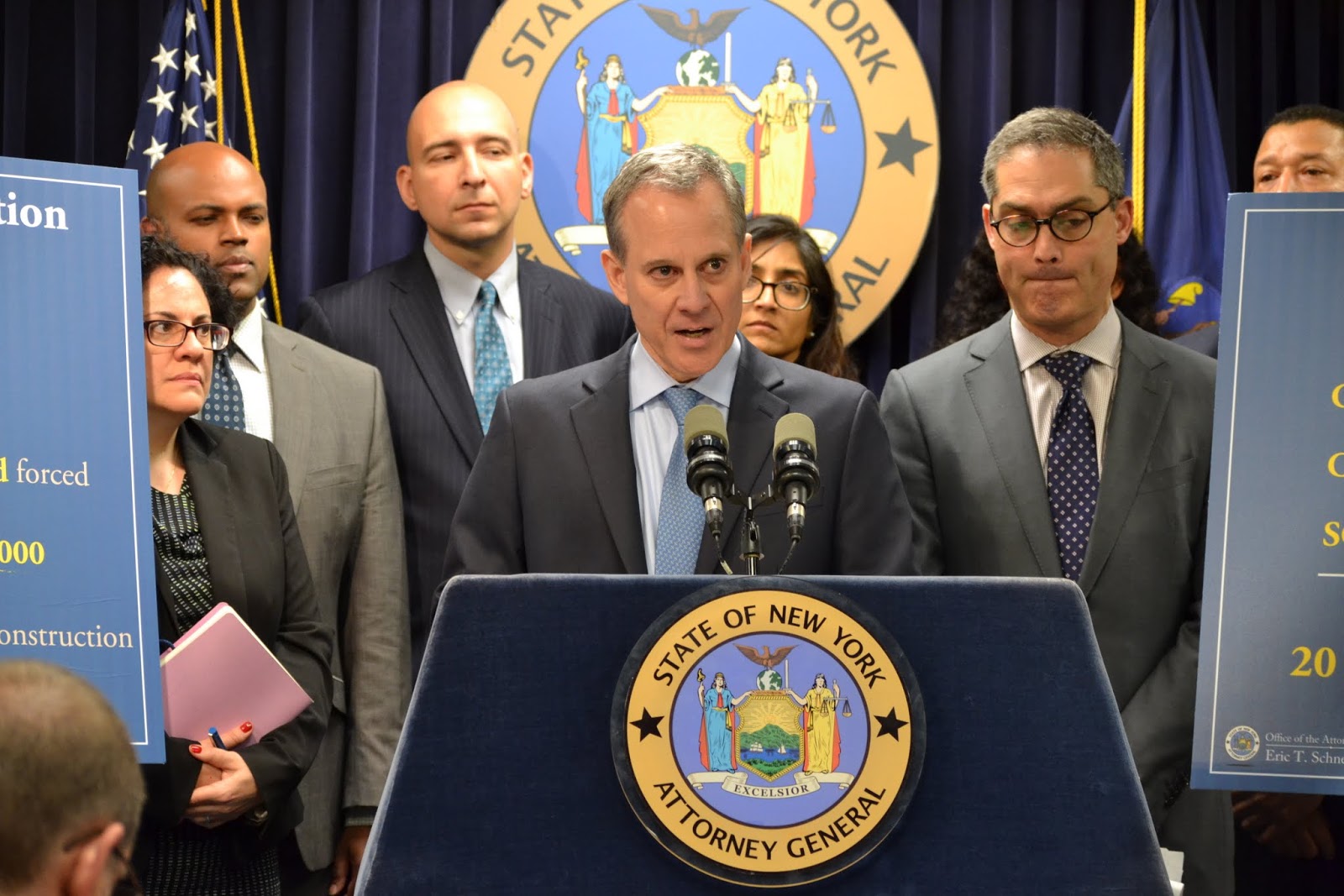 Rogue landlord Steve Croman has been jailed for one year and ordered to pay $5 million in fees after pleading guilty to tax fraud.

Dubbed the “Bernie Madoff of landlords,” Croman was arrested last year and charged with 20 felonies connected to harassing rent-stabilized tenants to push them out of their homes so he could then charge market-rate prices for the units.

Attorney General Eric T. Schneiderman announced yesterday (Tuesday) that Croman, who owns more than 140 apartment buildings across Manhattan, pled guilty to fraudulently refinancing loans and committing tax fraud. Under the terms of his plea, he will serve one year on Rikers Island and pay a $5 million tax settlement.

The sentence is seen as a major precedent in the AGʼs effort to combat landlords who base their business model on the displacement of rent-stabilized tenants. Rarely, if ever, has a landlord been sentenced to serve time in jail for engaging in these practices.

“Steven Croman is a fraudster and a criminal who engaged in a deliberate and illegal scheme to fraudulently obtain bank loans,” said AG Schneiderman.

“He went to outrageous lengths to boost his bottom line – including falsely listing rent-stabilized units at market rates when his efforts to displace those renters had failed. Now Mr. Croman faces a year in Rikers and a $5 million settlement — and unscrupulous landlords are on notice that we’ll pursue them to the fullest extent of the law.”

Croman fraudulently obtained several multi-million-dollar refinancing loans between 2012 and 2014, and committed tax fraud in 2011 by failing to withhold appropriate NY State payroll tax from certain Croman Real Estate employee paychecks.
A year-long investigation by the Attorney General’s office found that he bought buildings with rent-stabilized units and, immediately after purchase, began the process of displacing rent-stabilized tenants while simultaneously attempting to refinance the initial mortgage.

The criminal referral in the Croman investigation was provided to the Attorney General’s office by the New York State Department of Housing and Community Renewal’s Tenant Protection Unit (TPU).

The investigation found that Croman submitted false documents to banks, including rent rolls that falsely reflected market rate rents for units that were actually occupied by rent-stabilized tenants. He also inflated the amount of rent charged for certain commercial spaces in his buildings in an effort to show greater rental income and falsified rent rolls in order to inflate the annual rental income of his buildings, upon which his refinancing terms are partially based.

All told, over a three-year period, Croman duped his way to more than $45 million in loans.

According to the AG, Croman also intentionally failed to withhold New York State payroll taxes from bonus payments made to a former Croman Real Estate property manager, who was paid bonuses to get rent stabilized and rent controlled tenants out of Croman apartment buildings.

The Attorney General also has a separate civil lawsuit against Croman for allegedly engaging in harassment of rent-regulated tenants and other illegal, fraudulent, and deceptive conduct in connection with his real estate business. That case remains ongoing.

Current state law demands prosecutors reach a high bar in order to criminally charge landlords with that crime — which is why in the past 20 years no landlord has ever been convicted of the crime.

Instead, prosecutors have only been able to bring criminal charges against landlords for other crimes – such as fraudulently refinancing loans and committing tax fraud, as Croman pled guilty to today.

The Attorney General’s legislation would remove the need to prove physical injury to a tenant, and opens the door to prosecutions arising out of more commonplace tactics, such as turning off heat and hot water, exposing young children to lead dust, and making rent-stabilized buildings deliberately uninhabitable for current tenants and their families.
The Attorney General’s legislation is sponsored by State Senator Liz Krueger and Assemblymember Joe Lentol.