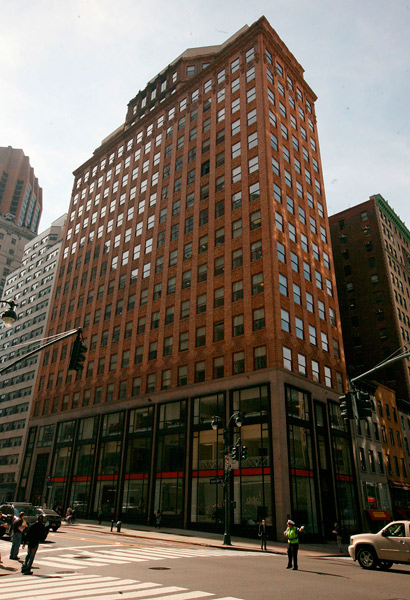 Tishman Speyer acquired the 19-story, 274,413 s/f office property, located on the southeast corner of Madison Avenue and 34th Street, in a joint venture with The Cogswell-Lee Development Group, a recently formed partnership of Cogswell Realty and Lee & Associates NYC. The building is 95 percent leased.

Known as the Madison-Belmont Building, 183 Madison Avenue was completed in 1925 for the Merchants & Manufacturers Exchange of New York as an office and showroom space for the silk industry.

Financial terms of the transaction announced were not disclosed, but published reports put the price at $185 million.

Seller, Argentinean real estate investment firm, IRSA — Inversiones y Representaciones Sociedad Anónima –  initially purchased a two-thirds share of the building in November 2010 for $88 million and acquired the balance of the shares in 2012, at a valuation of approximately $150 million.

IRSA implemented renovations and the building’s tenant profile was diversified to add more technology, advertising and media businesses, which resulted in 100 percent occupancy.

Thor Equities is poised to buy one of Benetton’s ‘megastores’ in Paris for around $190 million as it embarks on a European investment drive.

The firm is expected to exchange contracts to buy 51-53 Boulevard Haussmann from owner-occupier Benetton, according to published reports.

The Benetton store is located across from the iconic Galeries Lafayette shopping center on one of Paris’s busiest shopping streets.

The building was built between 1864 and 1865 on the corner with Rue The purchase of the 80,700 s/f building will increase Thor’s retail investments in Paris after it purchased 65-67 Avenue des Champs-Élysées last year.

A gas station at 24 Second Avenue in Lower Manhattan is about to be reborn as high-end residential condominiums with ground-floor retail after a $32-million sale of the site orchestrated by Newmark Grubb Knight Frank (NGKF).

The deal is the latest example of investors scooping up any developable site below 96th Street as the competition for land in Manhattan continues unabated.

The off-market transaction attracted numerous bidders, says Trever Gallina, a director with NGKF Retail, who was the sole broker involved in the sale from the seller, 24 Second Ave Corp., to the buyer, AORE Capital.

Located at the northeast corner of Second Avenue and First Street, the site had until recently operated as a BP service station by one family for several generations. AORE’s plans call for a new 50,000-square-foot luxury condominium building with 7,000 square feet of retail on the ground floor and basement.

Construction is expected to begin soon and completion is slated in 24 months. Marketing for the retail component will likely commence in a year, according to Mr. Gallina, who will spearhead the effort.

A development site at 450-482 Union Street, located on the corner of Union and Bond Streets with block-through exposure to the Gowanus Canal in Brooklyn’s Gowanus neighborhood, was sold in an all-cash transaction valued at $12,300,000.

The 24,534 square-foot building was built in 1910 and includes 43 apartments and three commercial units. Neighborhood Cuban café Cafecito is a tenant, as well as a dry cleaner and a bodega. The building also enjoys 1,090 square feet of air rights.

Rosewood’s Aaron Jungreis represented both the seller, Darwin Management LLC and the buyer, private investor, Nader Shalom in the deal that closed two weeks ago.