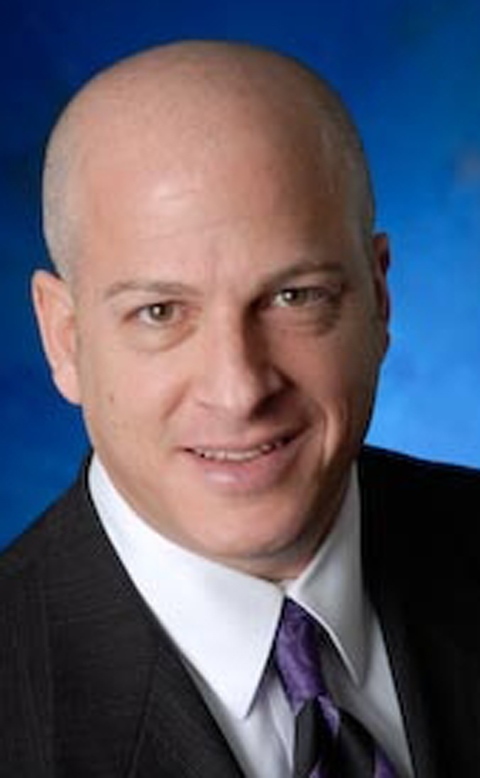 Eastern Consolidated has arranged the sale of 223-225 Bowery, owned by The Salvation Army, in excess of $30 million.
The 10-story building is a former single-room occupancy hotel that will be converted into an Ace Hotel, and possibly luxury residential condominiums as well.
The Salvation Army’s Chinatown Corps Community Center has occupied the 55,000 s/f building’s first two floors, while the upper eight floors have remained vacant for more than 13 years.

After a seven-year-long search to find a new location for the shelter and community center, Colliers International secured a space in Brooklyn’s Chinatown.
“The conversion of 223-225 Bowery is an exciting transformation and the repositioning and revival of this asset will add tremendous vitality to the Bowery,” said Roberto F. Ortiz, senior director/principal at Eastern Consolidated, who along with executive managing director/principal Alan P. Miller represented the buyer, Omnia Group Ltd and North Wind Group.
“This has been a long sought-after project since we first began inquiring about the possible sale of the asset in 2002. We would like to thank The Salvation Army and Colliers International for this opportunity.”
Miller added, “This transaction will spur further growth and gentrification, signaling a positive future for this New York City thoroughfare.”
Co-chairman Robert Freedman and senior managing director Jonathan Plotkin of Colliers International represented the seller in the transaction.
The attorneys for the buyer were Andrew W. Albstein, Esq. and Doran Golubtchik, Esq. of Goldberg Weprin Finkel Goldstein LLP.

Marcus & Millichap Real Estate Investment Services arranged the sale of 6 St. Marks Place, a five-story elevator retail building between Astor Place and Second Avenue in the East Village.
The $13,875,000 sales price equates to $889 per square foot.
Barbara Dansker, Preet Sabharwal, Zachary Weiss and Zachary Ziskin, all in Marcus & Millichap’s Manhattan office, represented the seller, Withinvestors LLC, and the buyer, Kunbing Inc.
The property is net-leased by three tenants and was 100 percent occupied at the time of the sale.

“This transaction is part of a surge in 1031-exchange transactions that is increasing the value of the limited number of retail assets in core markets like New York City,” said Sabharwal.
Built in 1900, 6 St. Marks Place has a gross leasable area of 15,600 s/f. The New York Tofu House restaurant occupies the ground floor and the lower level.
The second floor was recently leased to the Gallery & Cafe, and St. Mark’s Karaoke occupies the third, fourth and fifth floors. All of the tenants have long-term leases.
● MASSEY KNAKAL
Massey marketing East Side apartment op’

Massey Knakal Realty Services has been retained to sell a development site at 287-291 East Houston Street on the Lower East Side. The asking price is $15,000,000.
The property’s lot footprint is 5,000 s/f. It is in an R8A zone that would allow for 36,000 s/f based on a development that incorporates inclusionary housing. Alternatively, the site would allow for approximately 27,000 buildable square feet and 120 feet in height based on a residential development of market housing.
The property has a curb cut and a single-story building which can be delivered vacant.
“The offering is rare considering the subject consists of 50 feet of frontage on East Houston and can be built with ground floor retail and go up to 120 feet high,” said Massey Knakal’s Michael DeCheser, who is exclusively marketing this property.
“The supply of condos in the East Village/Lower East Side is extremely low, with very few condo projects in the pipeline.”
● cushman & wakefield
Harmon Plaza trade for $11.5M

In a transaction orchestrated by Cushman & Wakefield, One Harmon Plaza in Secaucus has traded for $11.5 million.
Cushman & Wakefield’s Metropolitan Area Capital Markets Group and an office brokerage team based in the firm’s East Rutherford, N.J., office represented the seller.
The buyer, a partnership of Mountain Development Corp. (MDC) and a fund managed by PCCP LLC, was represented in-house, while Cushman & Wakefield’s Equity, Debt & Structured Finance team, based in Manhattan, served as the exclusive advisor to MDC in structuring and arranging joint-venture equity for the acquisition.

Pinnacle Realty of New York LLC announced the following residential development sale transactions:
Partners David Junik, Decio Baio and senior partner Gary R. Blum represented both the seller and buyer of a 214,000 s/f development site at 44-35,37,39,43 Purves Street, Long Island City. The Rabskey Group paid $32 million for the site.
The same team repped all sides in the $17 million trade of a 105,000 s/f property at 41-21 28th Street, Long Island City to a local developer.
A 390,000 buildable square feet site at 29-16 Northern Blvd, Long Island City, was sold The Rabskey Group for $35 million. Junik, Baio, Blum and salesperson Michael Prange represented both the seller and purchaser. This site was previously owned by the Emmes Group.
And a 60,000 s/f site at 32-21 37th Street, also LIC, was sold to a local developer for $8.1 million. The Pinnacle team represented the Stein Family in the sale while brokers Paul Bralower, Brendan Burke and Joshua A. Kleinberg represented the purchaser.

Cohen Real Estate has arranged the off-market sale of the retail condominium at 2770 Broadway for $20.25 million.
The space, which sits at the base of the 20-story luxury Opus Condominiums, is located on corner of 107th Street and Broadway on Manhattan’s Upper West Side.
The transaction encompasses 9,500 s/f of retail space on the ground floor and basement levels, and is currently occupied by two prime tenants, Bank of America and Lens Crafters.
Ric Kaiser, senior executive director at Cohen, represented both the buyer — David I. Berley, chairman of Walter & Samuels — and the seller, Charles Ackerman, chairman of Ackerman and Co.
“Multiple investors had their eye on this property given the desirable corner location and vibrant surrounding neighborhood,” said Kaiser.
“In addition to the prime location, investors were attracted by the two credit-rated tenants that have long term potential and provide essential services for area residents.”