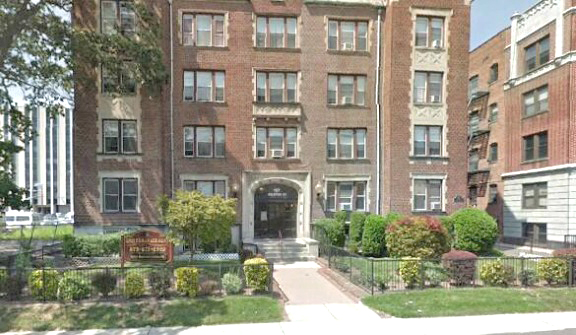 In the six transactions, Oropeza  exclusively represented the sellers and identified the buyers of each property.

The larger of the two newly closed transactions involved the $15.65 million sale of 151 units spanning 157 and 147-149 Halstead St., and 157 S. Harrison St., all in East Orange. Oropeza also collaborated with Senior Vice President Debbie Pomerantz for the sale of 157 units, which garnered $13.54 million, at 100 Washington St., in East Orange and 212 Central Ave., in Orange.

Time Equities Inc. (TEI), a full-service New York-based real estate firm, announced the acquisition of two multifamily developments located in St. Joseph, MO for $26 million. Both properties, outlined below and sold by Foutch Brothers LLC (Foutch), were industrial facilities and converted to residential multifamily structures which were substantially completed in 2006 and 2010, respectively.

Martin sourced and managed the transaction on behalf of TEI. Matt Ledom and Aaron Mesmer of Block Real Estate Services LLC handled the deal on behalf of Foutch. Foutch is known for helping to revitalize the St. Joseph neighborhood and brought unique products that had yet to exist within the community.

Boasting bespoke living accommodations, Lofts at 415 has two- and three-bedroom homes offering up to 1,300 square feet. The property offers an on-site parking garage and fitness center. The site was once a Pony Express warehouse and between April 1860 to October 1861, Pony Express became the West’s most direct means of east–west communication before the telegraph was established and was vital for tying the new state of California with the rest of the United States.

Apartment community in GA snapped up for $23 million

Hamilton Point Investments announced the acquisition of Retreat at Stonecrest, a 276-unit apartment community located in the Atlanta suburb of Stonecrest, GA. The property, constructed in 2003, was purchased for $23 million, or $83,333 per unit.

This marks the final acquisition of HPI Real Estate Fund IV LLC, which closed to new investors in December 2016 having acquired twelve properties totaling 2,616 units with an average construction year of 2003. The fund, which raised $86 million of equity, paid $215 million for the HPI Fund IV properties, an average of $82,187 per unit.

HPI Fund IV is now fully invested and the firm is currently raising HPI Real Estate Fund V LLC, which recently closed on its first acquisition and has its second under contract.

Medical and resi complex sells for $11.9M in Connecticut

Further benefiting Belden Square is Central Norwalk’s overall activity and its place as a hotbed for redevelopment. In addition to the 6.5 million square feet of existing retail and restaurants populating the area, approximately 1,250 apartments and nearly one million square feet of new retail have been approved for development or are under construction.

Facing Route 1, Belden Square has excellent access to the area’s major commuter routes — Route 7 Connector/Route 7 — the Merritt Parkway (Route 15) and Interstate 95, and is within minutes of two Metro-North Train Stations that offer convenient service to the region’s major employment centers, including New York’s Grand Central Terminal. This ideal location is also proximate to a multitude of major Fairfield County employers, restaurants and conveniences.

The corner building at 66 Graham Avenue (aka 77 Varet Street) closed on Wed. April 5th. It is comprised of 30 rent stabilized apartments and six retail spaces that include two clothing stores, a jewelry store, a 99 cent store, a barbershop and a newsstand.  The 25,900 square foot building was built in 1925.

Bestreich Realty Group’s Luke Sproviero and Derek Bestreich represented both the buyer, Morris Weinberg, a local investor, and the seller, celebrity father and son clothing moguls Ruby and Victor Azrak, who owned the building since 1986.

The building sold for 16.5 times the current rent roll.

50-60 Dickerson is a two-story warehouse space with two loading docks, one drive in and 1,920 square feet of office space. The property is well located in the heart of Newark’s University Heights neighborhood with easy access to Route 280. The building’s configuration and location are uniquely suited for a moving and storage business like Key Moving & Storage, which recognized the potential of the space as a relocation option for its growing moving business in the Bronx.