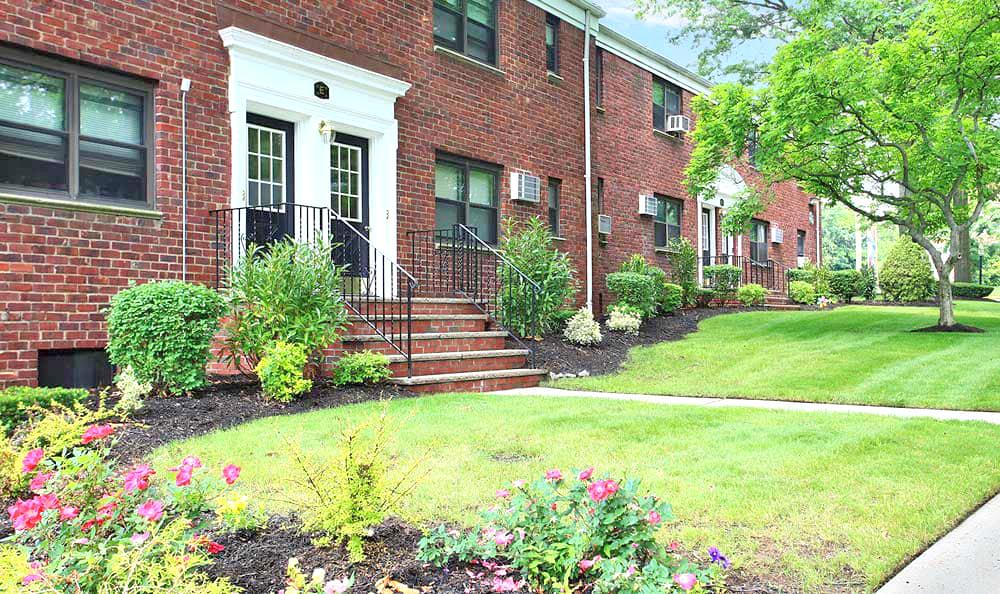 CBRE announced the $75.25 million sale of Skyline Apartments and Boulevard Apartments, two multi-family communities totaling 338 units.
Skyline Apartments comprises 124 apartments in Hasbrouck Heights, while Boulevard Apartments has 214 apartments in both Hasbrouck Heights and Lodi, New Jersey.
The CBRE team of Jeffrey Dunne, Gene Pride, Jeremy Neuer, Steven Bardsley, David Gavin and Eric Apfel, along with Nat Gambuzza, represented an investment consortium of Griffen Ltd. and Kushner Companies in the sale and also procured the buyer, a New York-based private investment firm.
According to Dunne, “The sellers have seized on the market’s appetite for quality workforce housing. Demand for this type of property is as strong as we have experienced.
“We expect the purchaser will do well with their investment as renter demand for well-maintained Class B apartments is also at historic levels with rent growth for workforce housing outpacing that of Class A. This is expected to continue for years ahead.”

JLL Capital Markets experts completed the sale of 514 Union, 469 President Street and 473 President Street for EcoRise Development LLC.
The buyer, 473 President LLC, acquired the three adjacent, single-story warehouses, located in the Gowanus neighborhood of Brooklyn, N.Y., for $44.1 million.
The buyer and the seller were represented by Brendan Maddigan and Stephen Palmese, Vice Chairmen; and Winfield Clifford, Michael Mazzara and Ethan Stanton, Managing Directors, all with JLL.
“There was an incredible amount of interest and multiple competitive bids for this Gowanus asset, which ultimately sold for more than the asking price,” said Maddigan.
A large portion of the site is a part of the Brownfield Cleanup Program, which allows for the possibility of obtaining tax credits associated with site preparation, remediation and hard development costs.
The tax lots are located in an Opportunity Zone within M1-3/R7A and M1-3/R6A zoning districts.
The site allows for 97,910 buildable square feet of as-of-right commercial development.

Kalmon Dolgin Affiliates (KDA) and KND Management have purchased the Anheuser Busch/BluePoint Brewery Building at 225 West Main Street in Patchogue via Bud and Brewery LLC, a Dolgin family investment entity.
The property includes more than 100,000 s/f of space on nearly 10 acres situated between the YMCA and Patchogue Lake. The purchase price was $22 million..
Originally the site of a fabric and lace mill in the late 19th Century, the building was razed and reconstructed by the Knapp family as the long-time home of the family-owned Swezey Department Store.
After Swezey’s closed in 2003 the asset was taken over by Briarcliff College and used for classrooms before the Blue Point Brewery brand signed on to move its entire operations there.
BluePoint undertook a multi-million-dollar renovation that included removing over half of the second floor to accommodate a brewery equipped with modern processing equipment and gut-renovated the remaining portions of the building to accommodate ancillary functions.
“The ongoing, long-term BluePoint lease has solidified the surging economic fortunes of Patchogue, and the Dolgin Family is pleased to be part of this exciting venture,” said Kal Dolgin.
“This acquisition cements our presence in Suffolk County, adding to our medical portfolios in Stony Brook and East Setauket, NY, and more than 150,000 square feet of industrial space in Holtsville, NY.”

Avison Young announced the sale of a 13,966 s/f vacant office condominium occupying the entire 10th floor of a 13-story office building at 20 West 33rd Street between Fifth Avenue and Broadway.
DKCOS CORP., a cosmetics company, purchased the office condo for $12,499,570.
Avison Young’s Tri-State Investment Sales group led by principal James Nelson along with David Lawrence and Carter Lovejoy, represented the sellers, 60 Guilders and The Carlyle Group.
Rachel Kim of Zelnik & Company represented the buyer, DKCOS CORP.
“This sale is a great indicator of the strength of the office condominium market in Midtown Manhattan,” Nelson said.
“DKCOS CORP. will greatly benefit from the ability to lock in their occupancy costs and avoid the rising expense of leasing office space, while also owning an asset that will appreciate in value over time.”
Avison Young is currently marketing both vacant and occupied office condos at 18 and 20 West 33rd Street.

Michael Alvandi’s City Urban Realty has paid $15 million for a 26-unit multifamily building in Dumbo from South Heights Development LLC, which developed the property in 2003.
260 Water Street, located between Bridge Street and Gold Street, totals 28,400 s/f the building, which sits on a 125 by 100 ft lot, has 26 apartments as well as ground floor parking.
Positioned near the F-train York Street subway station, the property is positioned at the center of new development activity, including CIM Group’s 1.1 million square foot mixed-use project Front & York at 85 Jay Street, Empire Stores and the commercial building at 10 Jay Street.
Dumbo has also recently attracted major retailers such as J. Crew, West Elm and watchmaker Shinola, restaurants including Cecconi’s and Sugarcane, as well as the members-only Dumbo House.

Cushman & Wakefield’s New Jersey capital markets team arranged the trade of 1 Gatehall Drive in Parsippany.
An affiliate of Lakewood Equities purchased the 115,000 s/f four-story office building from a joint venture partnership involving Lincoln Property Company and Development Ventures Group.
Gary Gabriel headed the assignment with David Bernhaut, Andy Merin, Frank DiTommaso and Andy Schwartz.
Cushman & Wakefield office leasing specialists William O’Keefe and Kelsey Nakamura also supported the transaction.
1 Gatehall Drive was delivered 86 percent leased to more than 20 tenants with an average size of 3,400 s/f. The property’s flexible layout caters specifically to a small and mid-size tenant base.
“Historically, over 30 percent of all leasing activity within the Parsippany submarket has consisted of transactions less than 10,000 s/f, and last year, 80 percent of activity within the larger Morris County market was made up of deals in that size range,” DiTommaso said. “Lakewood Equities recognized the property’s competitive positioning within the market and will continue to benefit from increased occupancy and newly executed leases.”

City seeking answers as retail suffers a decade of decline