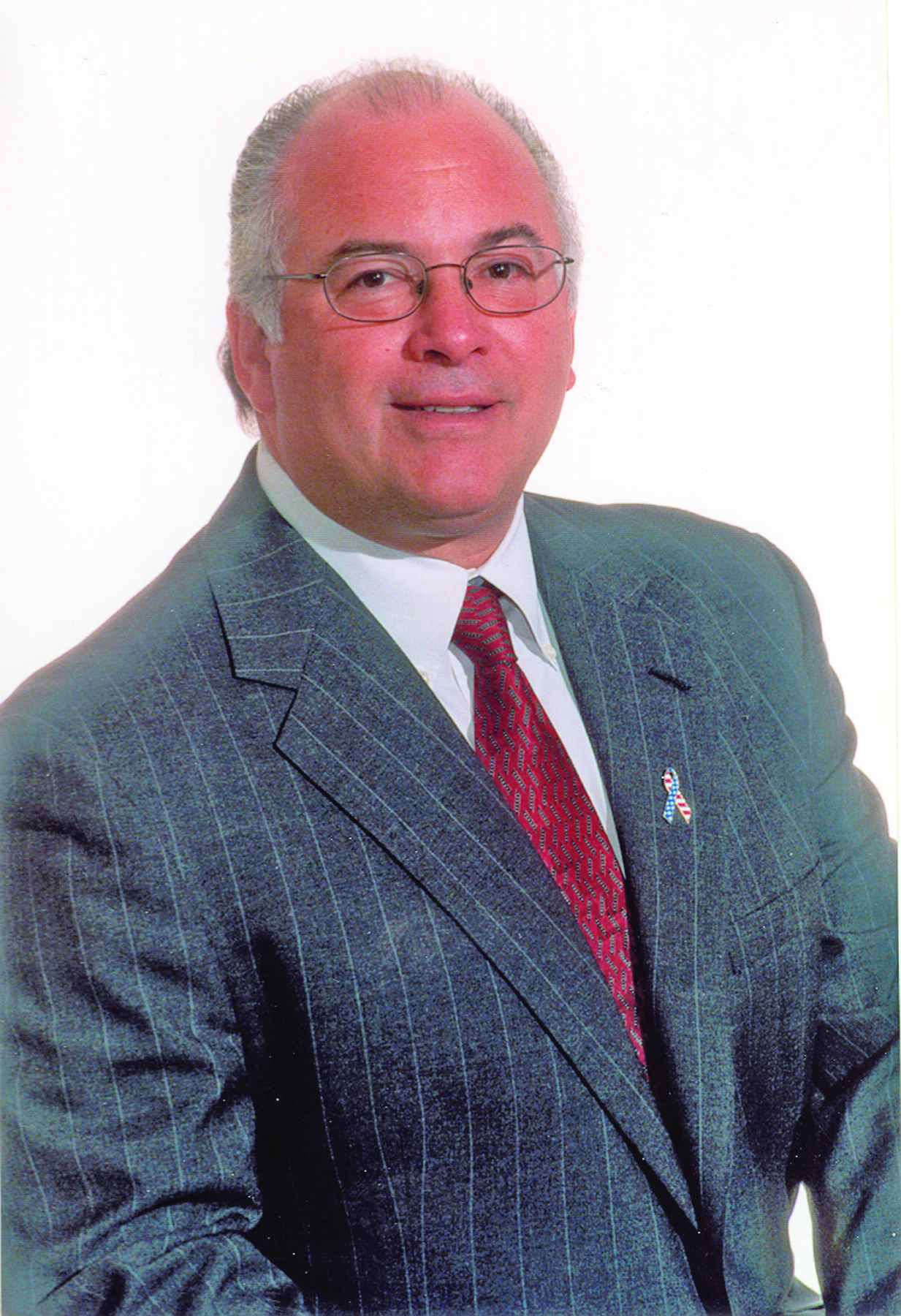 Pharma giant Novartis has tapped Cushman & Wakefield to sell its Suffern, NY, campus.
The company announced that, based on changes to its portfolio and ongoing evaluations of its manufacturing capacity worldwide, Novartis will close its Suffern Campus in New York’s Rockland County in phases.

Andrew Merin, David Bernhaut and Grace Braverman of Cushman & Wakefield’s Metropolitan Area Capital Markets Group (CMG) are handling the assignment.
The Suffern Campus is considered one of the nation’s top 10 pharmaceutical manufacturing and packaging plants by volume, capable of producing billions of caplets and capsules per year.

“For a pharmaceutical company, this offering would be very attractive because of all the equipment that is still in place and operating,” said Merin. “Currently, there are no operational facilities like this one available in the tri-state area. The cost to construct a similar campus would likely exceed $400 million.”
The team said it has already seeing interest from buyers, including groups from India and China.

The site consists of three interconnected buildings totaling 585,000 s/f on 162 wooded acres, including a 55,000 s/f office building with a cafeteria, conference and meeting rooms and analytical laboratories.
County executives are working with the Cushman team “to make certain economic conditions are as favorable as possible,” said the county executive.

The deal marked the single largest sale of a multifamily property in New Jersey in terms of price since 2011.
The purchaser is an affiliate of New York-based Cammeby’s International whose other holdings include the Woolworth Building in Manhattan.
“We are pleased to purchase Rachel Gardens. It is a unique property in northern New Jersey and opportunities like this don’t come along very often,” said a spokesman for Cammeby’s.
Kislak was court-appointed to sell the property with a $135,000,000 listing price and marketed it over a limited four-week period.
Cammeby’s offer was $1,000,000 above the listing price with a considerable non-contingent deposit and no due diligence. Three other interested parties made offers at $135,000,000.

Marcus Partners, in a venture with Prudential Real Estate Investors, has purchased 500 Plaza Drive in Secaucus for $69 million.
The Class A, 450,000 s/f office tower was sold by Hartz Mountain.
With the addition of 500 Plaza Drive, its final acquisition for Marcus Capital Partners Fund I, L.P., Marcus Partners now owns and manages 650,000 s/f of commercial real estate investments in New Jersey and over 5.5 million square feet along the East Coast.

Silvershore Properties, has sold 101 Delancey Street, a six-story, mixed-use site on the Lower East Side of Manhattan for $ 17.3 million.
The property, on the corner of Ludlow Street, features 20 rental apartments and five retail spaces with 86 feet of frontage on Delancey Street. The retail was delivered vacant.

Silvershore purchased the building two years ago for $7 million and renovated more than half of the apartments.
“It made sense for us to either lease up the vacant retail or give someone else an opportunity to capitalize off of the new Seward Park neighborhood renewal project ,” said Silvershore co-principal Jason Silverstein.

The sale to 101 Delancey Realty LLC took place the end of July and there were no brokers involved in the deal.
Over the last three years Silvershore has purchased 70 residential and commercial buildings throughout the city. The company was founded by Jason Silverstein and David Shorenstein in 2008.

Rosewood Realty Group announced the $20 million sale of 4750 Bedford Avenue in Sheepshead Bay, Brooklyn.
The eight-story, elevator building features 112 apartments and 24 parking spaces. The 105,440 s/f building was built in 1964 and sold for 11 times the rent roll.
Rosewood Realty Group’s Aaron Jungreis represented both the seller, A4750 LLC and the buyer, 4750 LLC, a private investor.

“The new owner plans to invest significantly in the building and will be able to increase the rent roll, which was low for the area,” said Jungreis. “The building is in a great location near all shopping, trains and close to the water.”

The property is zoned for commercial, hotel, and residential use with the potential for some light manufacturing and community facility use.
“This prime opportunity at the epicenter of Midtown Manhattan is an extremely rare find in this under-supplied market,” Schechtman said.
“The new owner is well-positioned for a new ground-up development in the heavily trafficked corridor right between Penn Station and Grand Central.”
John Cirualo, of Massey Knakal Realty Services, represented the Franco Family, who owned the properties at 4-6 West 37th Street.

Besen & Associates announced the sale of a pair of buildings at 110 West 111th Street and 247 West 113th Street in Central Harlem.
The buildings are just off Central Park North and total 43,344 s/f with 48 apartments. The transaction was completed for $12.613 million by Ronnie Shaban and Amit Doshi who represented both parties to the transaction in an off-market deal. The properties were last acquired in November 2011 for $6.3 million.

Average in-place rents are $1,392 per unit per month. The portfolio was purchased by local private investor with multifamily holdings in the area.
Michael Coritsidis of Coritsidis & Lambros PLLC represented the seller and Anthony S. Bottitta represented the purchaser.

Dalan Management announced the purchased of three retail condominium units located at 15 West 20th Street and 32 West 18th Street.
The purchase price was $9,750,000. Prime New York brokered the off-market sale of the condos, located in buildings that were converted to condos by Extell. Two of the retail units are in 32 West 18th Street and total 5,200 s/f plus 1,000 s/f basement. Current tenants are The Movement and Vidal Sassoon. The third unit, a 15 West 20th Street, is 3,100 s/f of space currently occupied by INAX USA, the high-tech toilet designer.

According to Daniel Wrublin, principal of Dalan Management, the leases are 20 percent below market.
“We will capture this loss to lease upon expiration,ˮ said Wrublin. “They are both in the desirable Flatiron area within walking distance of Chelsea, Gramercy and Union Square, where the retail is only getting better.

“In addition to the loss to lease, the creative value-add strategy is to monetize the basement space on 18th Street which is over 1,000 s/f and very usable by the condominium.ˮ

Massey Knakal has arranged the sale of the fee interest in a building occupied by Hotel Le Bleu.
The building is located at 370 4th Avenue in Brooklyn’s Park Slope neighborhood and was sold in an all-cash transaction valued at $10,250,000.
The nine-story, 48 key, boutique-hotel contains 25,537 s/f. Globiwest has a 99-year master lease for the property, which began in 2005, to operate a hotel in the entire building.

The sale price equates to approximately $401 per square foot and a cap rate of 6.01%.
Although the original lease agreement was not a true NNN lease, Massey Knakal assisted the seller in renegotiating the master lease to include the entirety of the property and enhance the annual rent.

“This cash-flowing property was perfectly situated between two of Brooklyn’s most vibrant neighborhoods: Park Slope and Gowanus. This resulted in high demand from both national buyers and local investors,” said Massey Knakal’s Guthrie Garvin, who exclusively handled this transaction with Winfield Clifford and Andrew Posil.

Avison Young has been retained to sell the Cooper Avenue Portfolio in Glendale, Queens.
The portfolio comprises eight lots on more than two acres that includes an industrial building, vacant land, two parking lots, and two attached single-family homes to be delivered vacant, one of which is zoned commercial and the other residential.

Jason Meister is leading the team responsible for marketing the portfolio along with principal Neil Helman.
“This offering presents a significant opportunity for retail developers, industrial users and real estate investors seeking to capitalize on the strengthening real estate fundamentals in this burgeoning Queens neighborhood,” said Meister.

“The strategic location of the vacant Cooper Avenue parcel and the larger main building consisting of 347 feet of frontage on Cooper Avenue offer an unparalleled opportunity to develop high-traffic retail.”

Cooper Avenue draws strength from its location less than a half-block from The Shops at Atlas Park, a 313,000 s/f mall developed in 2005 comprising 39 retailers.
The Cooper Avenue site also has the historic significance of being the home of Hansel ‘n Gretel deli products, which served New York City for more than 140 years. In the earliest days, renowned hotels and restaurants such as the Plaza, Waldorf-Astoria, Luchows and Lindy’s purchased Hansel ‘n Gretel deli meats for their customers.

NorthStar in $4B deal to acquire healthcare REIT