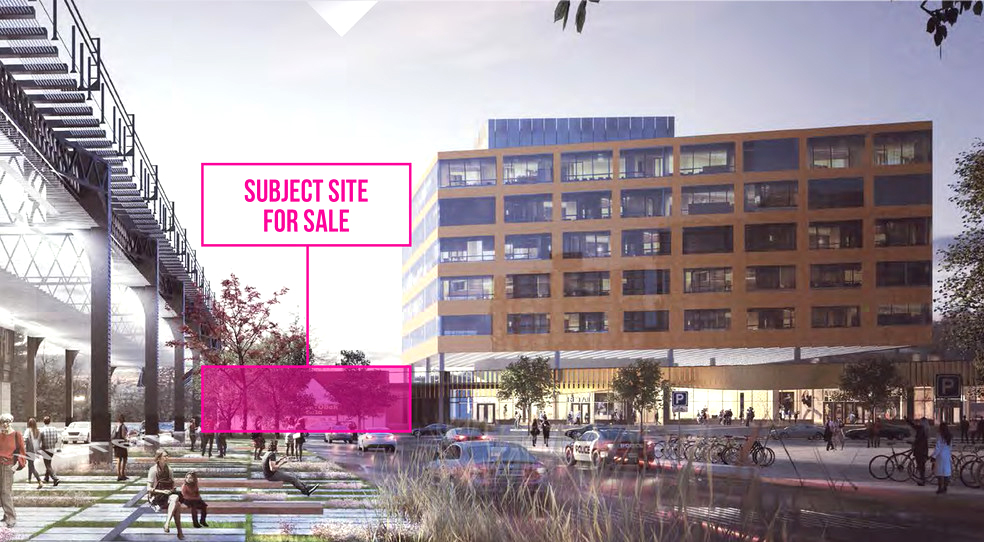 Stellar Management announced it has completed the sale of 1133 Ogden Avenue, also known as Highbridge House, a residential Bronx building for $76,250,000 to Camber Property Group and Belveron Partners. Aaron Jungreis of Rosewood Realty Group brokered the deal for both the buyer and seller.

Originally the property at 1133 Ogden Avenue opened in 1972 as 100 percent affordable under the Mitchell-Lama program, Through a public-private partnership between Camber, Belveron, and HPD, the units, that were deregulated in 2006, will be returned to regulation and protected for 40 more years. Per the terms of the new agreement, all of the units will be rented to individuals and families at varying affordability levels to foster a mixed-income community. Additionally, Camber and Belveron will invest an additional $3 million to upgrade elevators and other critical building systems.

Stellar Management originally purchased the approximately 283,248-square-foot building in June 2006. Throughout its 13-year ownership of the property, Stellar completed extensive building-wide improvements. In addition to apartment renovations, there was an extensive façade and terrace maintenance program, a new lobby, common areas and hallways were upgraded throughout the building, the roof and windows were replaced and new boilers were installed.

1133 Ogden Avenue is a 26-story high-rise building, the majority of its units featuring balconies. The most recent updates to the property include a new lobby and extensive local law 11 façade work. The building boasts a variety of amenities including high-speed elevators, on-site laundry, on-site maintenance, parking garage, a community room and a playground.

Upon closing, Highbridge House’s units are being reregistered under rent-stabilization, including all the apartments originally lost to vacancy decontrol. Highbridge House will be affordable to very low, low-income and moderate-income tenants.

“HPD really stepped-up on a difficult transaction,” said Louis A. Harrison, partner at Belveron. “Nobody likes to be in contract during regulatory sea-change like we just saw from Albany, but this is a team of doers, and we all followed through as intended.”

Lee & Associates has closed on the sale of the last slice of the Frank Family portfolio.

Varjan, Jambu, Steffani and Braun represented both the buyer and the seller, The Estate of Alan Frank.

The buildings were the last two remaining properties in the Frank portfolio, both of which the Frank family had owned and managed for more than 40 years.

145 Henry Street is a six-story, 45-unit elevator building. 15-19 Wyckoff Street is a four-story, 40-unit walkup building. The two properties amount to a combined total of 66,494 s/f. In May, 2019, the same Lee NYC investment sales team represented the Frnaks in the sale of 88-90 Court Street in Downtown Brooklyn.

“These buildings will allow the buyer to add tremendous value by renovating and adding amenities to meet today’s market expectations,” says Varjan. “These types of assets are very hard to come by and trades are often once in a generation. This resulted in tremendous competition in the market.”

As the U.S. Postal Service’s national real estate service provider, JLL is leading the sale of air rights for additional development atop the Old Chelsea Station. The existing Old Chelsea Station will remain and continue to operate as a post office.

The Old Chelsea Station is a historic post office building located at 217 West 18th Street in Chelsea. Built in 1935, and designed by architect Eric Kebbon, the two-story brick property was listed in the National Register of Historic Places in 1989.

According to Emmetsberger, “The ideal partner will be well versed in the logistics of building within zoning regulations to create residences above the historic structure.”

217 West 18th Street, located between Seventh and Eighth Avenues, has 175 feet of frontage and allows for approximately 67,522 square feet to be built atop the existing property.

Situated in the northwest corner of Union County in what has become known as the Short Hills Region due to its proximity to Short Hills Mall, the 7 & 10 Beech Spring Dr. property occupies 3.59 acres within a tree-lined residential neighborhood.

Nicolaou exclusively represented the seller, 6 Beech Spring Drive LLC, and procured the buyer, a private investor. He also arranged the recent $58.5 million sale of New Providence Gardens in nearby New Providence last month on behalf of the same seller.

Less than eight miles south of Summit in Plainfield, Gebroe-Hammer’s Zweibel exclusively represented the seller and procured the buyer in the $2.9 million trade of 410-420 Watchung Ave. A fixture within the Downtown District, the mixed-use property includes ground-floor retail strategically located between E. 4th and E. 5th Streets.

The transit and pedestrian-friendly city has a 54.9% renter-population base and an annual property appreciation rate that is higher than 90% of other cities and towns in New Jersey, according to NeighborhoodScout.com.

“Eisai has been making its home in Woodcliff Lake for over a decade as part of northern New Jersey’s growing life sciences/pharmaceutical sector,” noted Cushman & Wakefield’s David Bernhaut, who represented the seller and procured the buyer with Andrew Merin, Gary Gabriel, Brian Whitmer and Kyle Schmidt.

“This offering presented an excellent opportunity to acquire a solid long-term net leased investment to a credit worthy tenant.”

One Liberty Properties, Inc. announced that it acquired two industrial properties for an aggregate purchase price of $15 million and sold a Kmart property.

On June 18, One Liberty acquired an 85,000 square foot industrial property on 4.2 acres located in Bensalem, Pennsylvania, a suburb of Philadelphia, for $6.2 million.

The property is net leased to Floratech, a manufacturer of raw materials used in cosmetic and skin care products.

608 Sheepshead Bay Road is located in an area experiencing a wave of residential development within Neptune/Sixth, a new, mixed-use development bringing 575 residential units, office and retail to the neighborhood.

It is currently occupied and will be delivered vacant with up to 130,000 s/f available for as-of-right development.

Jason Gerbsman of Hudson is representing the seller. The asking price is $15 million.

Located several blocks from the Coney Island Beach and Boardwalk, the property is promimate to the F and Q lines. Direct ferry service to Lower Manhattan is anticipated to launch by 2021.

The new $1 billion NYC Health + Hospitals/Coney Island campus renovation is underway nearby and four new residential developments are anticipated to bring over 2,000 residential units to the area by 2021. A new ice rink is also planned.