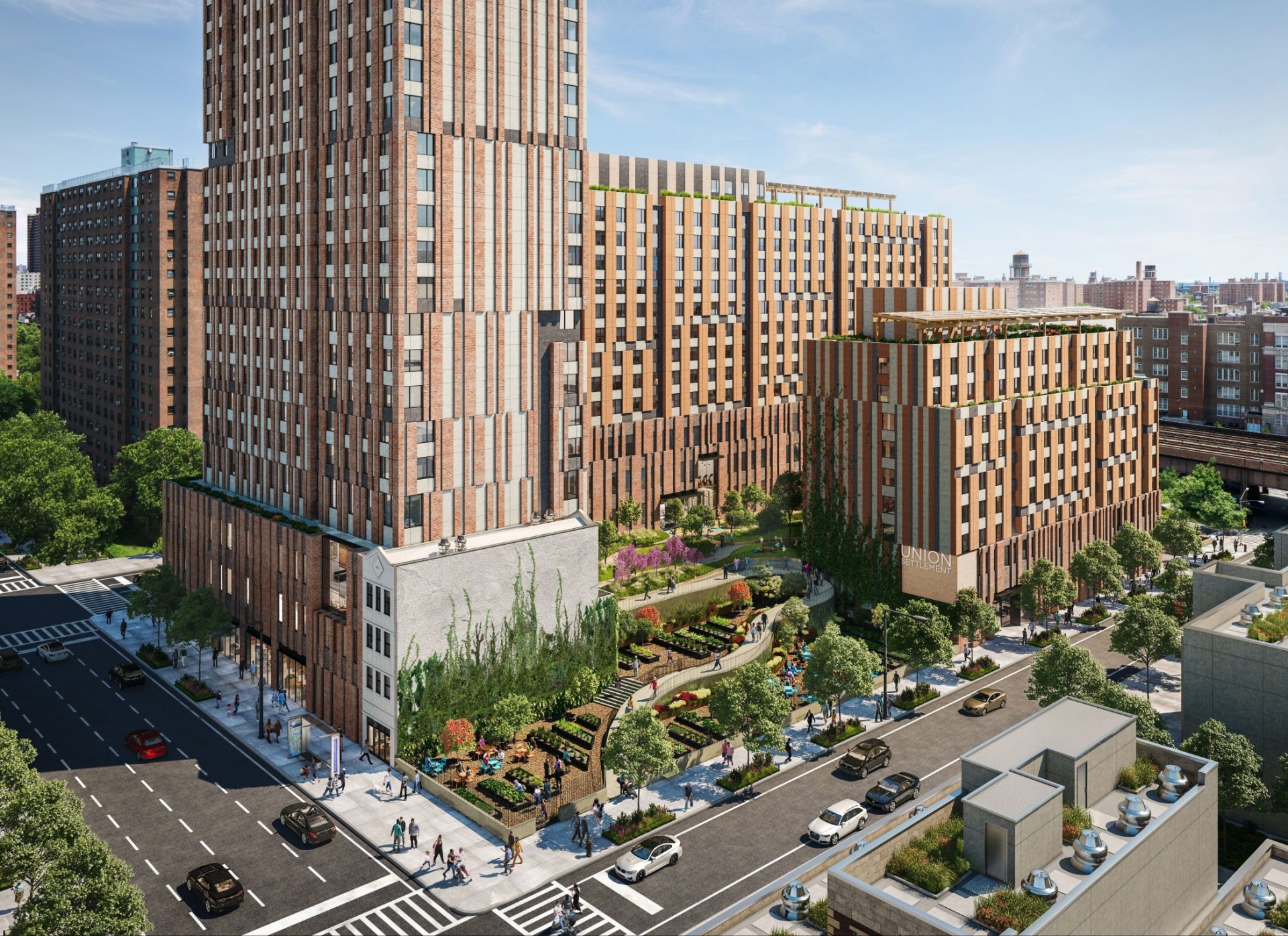 L+M Development Partners, Jonathan Rose Companies and Acacia Network announced the closing of $223 million in financing for phase one of Sendero Verde, a 100 percent affordable mixed-use development in East Harlem.

Across all phases, the project will include nearly 700 units of affordable housing, community and social service space, a school, publicly accessible open space, community gardens, and neighborhood retail.

Phase one of the project is expected to begin construction in the coming weeks and be completed in 2022. Sendero Verde was designed by Handel Architects.

“With its cutting-edge sustainable features, deep affordability and array of offerings for the community, Sendero Verde will be a Passive House at the forefront of affordable housing development, and is exactly the type of project we strive to develop under Housing New York. We’re transforming one of our largest remaining sites in Manhattan into hundreds of new affordable homes for low-income families, along with open space, community space, a new school, and critical supportive services for vulnerable New Yorkers.” said HPD Commissioner Louise Carroll.

Phase one of Sendero Verde will include 360 units of affordable housing and one superintendent’s unit spread across buildings B-North and B-South, space for a school with a full gymnasium, an area for the venerable community pillar Union Settlement Association, and an 18,000 s/f publicly accessible courtyard featuring a children’s play area, adult outdoor exercise equipment, seating areas and a stage for community events.

Upon completion of its second phase, Sendero Verde is expected to be the largest development in the nation to meet Passive House standards, thanks to its utilization of air-tight construction to reduce draft and energy loss, triple-glazed windows, mechanically ventilated spaces with energy recovery and individually heated and cooled units.

With its sustainable design and the integration of green spaces and gardens, Sendero Verde is expected to use 60-70 percent less energy than a similar building normally would.

“By creating affordable, sustainably designed housing, we can work to both break the cycle of poverty that disrupts so many people’s lives, and dramatically reduce the carbon footprint of large buildings,” said Handel Architects partner Blake Middleton.