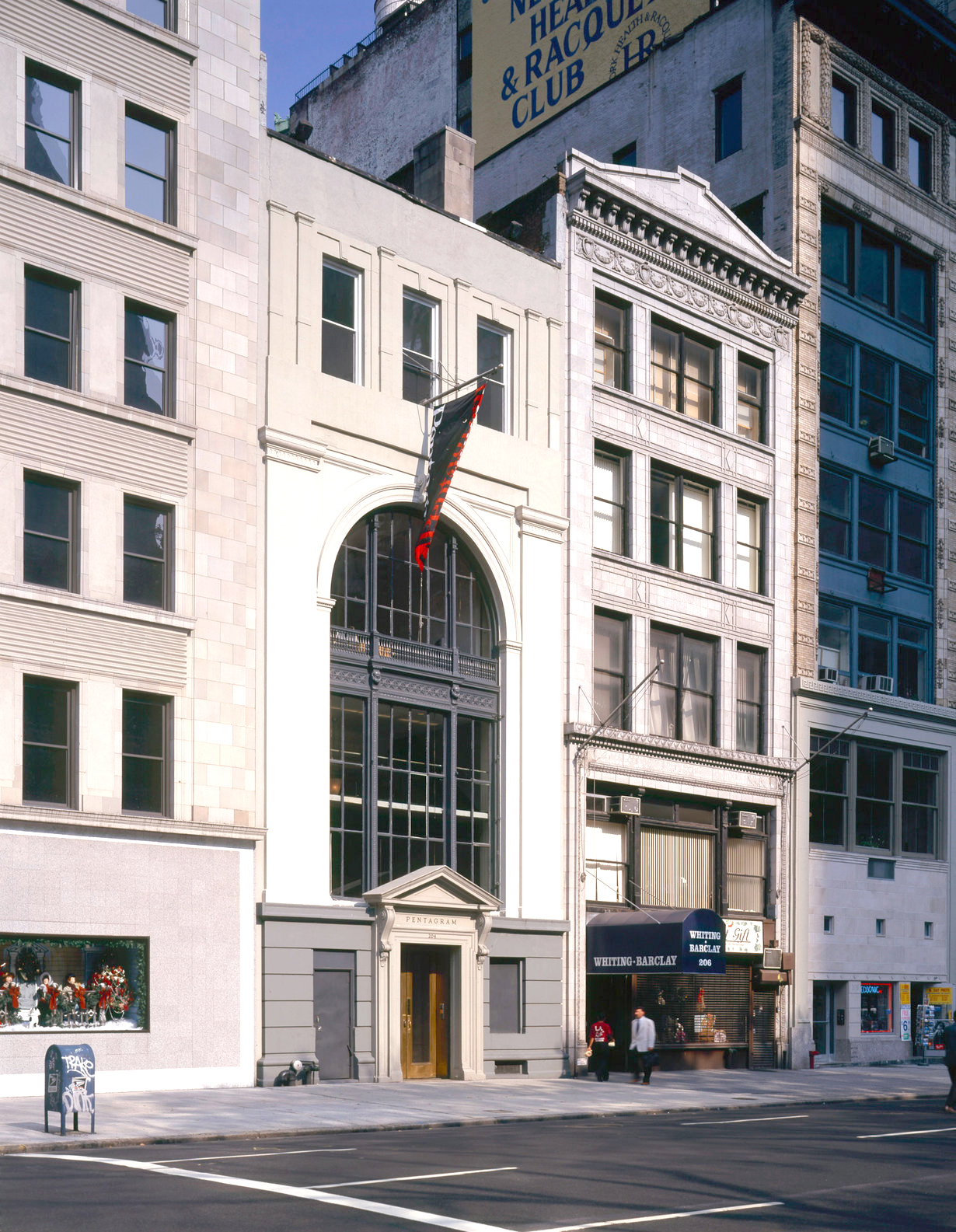 One year after paying $29.5 million for the former bank building at 204 Fifth Avenue, Artemis Partners has sold the property for $42.4 million.

According to Sotheby’s International Realty broker Jonathan Hettinger, who represented Artemis in the sale, Porcelanosa intends to expand its flagship at 202 Fifth Avenue into the building.

A spokesman for the company said, “Porcelanosa is excited on the recent purchase of 204 Fifth Avenue. The new building will serve as an expansion to our existing NYC flagship showroom, giving us the opportunity to showcase more products and displays.”

Artemis purchased 204 Fifth just a year ago from London-based design studio Pentagram, which has since relocated its New York operation to 23,000 s/f at the Fiel Organizationʼs 250 Park Avenue South.

Designed in the Beaux Arts style by architect C.P.H. Gilbert, 204 Fifth Avenue has seen a variety of uses since it was built, including nightclub.

Located between West 25th and 26th Streets, it has 28 ft. of Fifth Avenue frontage, a limestone facade, double-height arch and balustrade.

The HFF team marketed the property on behalf of the seller, a partnership between MCB Real Estate and Alex Brown Realty, Inc.
Prestige Properties and Development purchased the property free and clear of any mortgage financing.

In addition to the Aldi grocery anchor, the property is leased to Burlington, AutoZone and Jersey Fine Wines.

The recently renovated center also includes a new building that is occupied by Starbucks, Supercuts and Five Guys.

“Having brokered the sale of this property to the seller in 2013 after the space had been vacated by a Home Depot Villager and just prior to A&P/Pathmark’s second bankruptcy filing, we are thrilled to arrange its sale again now that ownership has successfully carried out their repositioning strategy,” O’Hearn said.

Eastern Consolidated is marketing a development site adjacent to the Metro North train station in downtown New Rochelle for $22.5 million.

The property at 26 Garden Street offers the opportunity to build over 900,000 s/f based on local zoning.

The site allows for residential, hospitality, commercial and parking uses.

“A mixed-use project at this location will complement the tremendous amount of investment underway and in the pipeline in New Rochelle,” said Peter Hauspurg, chairman and CEO at Eastern who is marketing the property with Benjamin Tapper and Peter Carillo with Gary Meese as analyst for the offering.

Hausburg noted, “The city has already attracted established institutional-level developers such as Avalon Bay and Cappelli Enterprises, which have developed two residential high-rise towers On the Sound and On the Sound East, and Trump Plaza, respectively.”

According to Carillo, “Downtown New Rochelle is experiencing a rebirth under the leadership of RXR and Renaissance Downtowns which have been designated Master Developers and are tasked with helping revitalize the historic area under the largest and most significant economic development initiative in the city’s history.”

Other significant projects in the area include Echo Bay, a mixed-use project Twining Properties is developing along the Long Island Sound that will include 1,000 residential units, 130,000 s/f of retail space, and a hotel. The proposal calls for building a town center with shops, restaurants, a public park and housing, along with a waterfront esplanade.

Eastern Consolidated has been retained as the exclusive agent to sell a 20-unit, 24,655 s/f, luxury apartment building at 308 East 109th Street between First and Second Avenues in East Harlem.

The asking price is $17.1 million for the eight-story elevator property, which also includes a ground floor retail space.

Exclusive broker Lev Kimyagarov, Senior Director, is marketing the building, and Alex Huang is the analyst for the offering.

“This property presents investors with the opportunity to acquire an exceptionally well-located multifamily asset in Manhattan,” Kimyagarov said.

“The building features luxury amenities including a large rooftop terrace and superb views of the Manhattan skyline.”

The second property is a multi-tenanted office and retail building at 224 Fifth Avenue. The six-story, 15,949 s/f proprety sold for $21 million.

“The properties’ excellent locations made these attractive opportunities for investors looking to purchase mixed-use assets in this extremely popular neighborhood,” said Ciraulo.

Waggner added, “224 Fifth Avenue presented an incredible investment opportunity not only because of its location and current tenancy, which had many short-term, below market leases coupled with some vacancy, but also because of its redevelopment potential. If ever vacated and with landmarks approval, the property could be redeveloped into luxury condos overlooking Madison Square Park.”

Built circa 1900, 18 East 23rd Street is a five-story, mixed-use apartment building that contains 16 free market studio apartments and a restaurant on the ground floor. The retail space is leased to CHOP’T for four more years with an option.

1547 was looking for their first non-US data center as well as adding a revenue stream within the facility and a series of leads for additional business.

I.C.E. Data Centers was in need of capital to expand and invest into their Metro Optics fiber company and will be leasing back the property from 1547.

Make a difference in your neighborhood; Join a community board