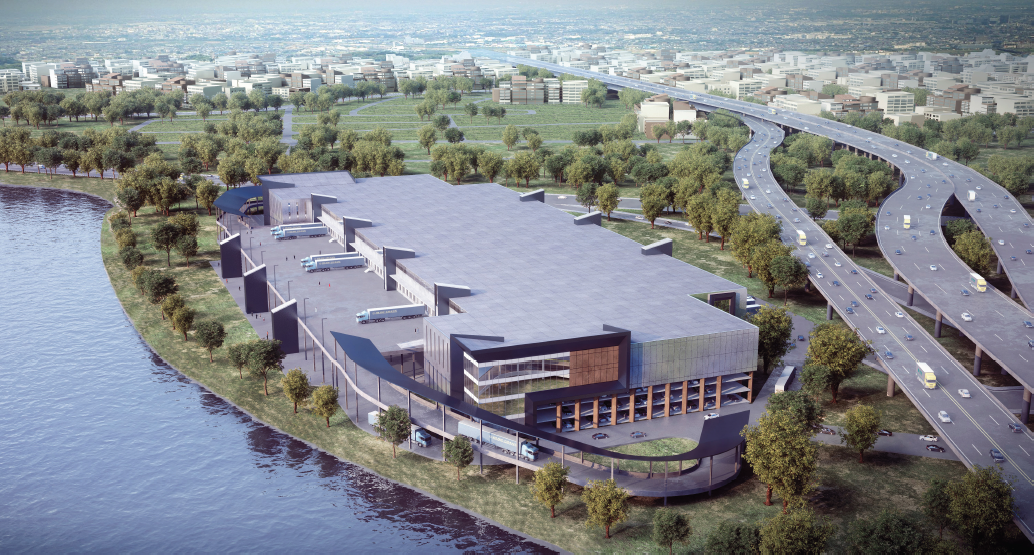 As demand for warehouse space in New York City continues to rise, the first new multi-story industrial buildings on the East Coast have been unveiled.

Innovo Property Group and Square Mile acquired the former home of Whitestone Multiplex Cinemas from Extell Development in early September and are developing the multistory, 840,000 s/f 2505 Bruckner Boulevard on the 20-acre site off the Cross Bronx Expressway.

Demolition of the existing structure will commence in the spring of 2018.

“2505 Bruckner Boulevard is a uniquely vital project for the Bronx and New York City” said Andrew Chung, CEO at Innovo, Chung.
“Its central location allows it to function as a distribution center for a diverse group of businesses that serve more than eight million consumers who live within 10 miles of the facility, and the facility will bring substantial jobs to the Bronx.”

Jesse Goepel, principal for Square Mile, added, “We have been actively investing in promising redevelopment projects in New York City and elsewhere around the country,.

“Through this partnership with Innovo, we believe that this unique, well-located distribution center will be a real success.”

“2505 Bruckner Boulevard could be the first multistory industrial building on the East Coast and just the second such facility in the entire country,” said Kossar.

“This building will lead the way for the next wave of modern last-mile distribution space in New York. No other facility like this exists that not only services Manhattan, but also all the outer boroughs, Westchester County and Long Island.”