Cushman & Wakefield announced that the brokerage firm has been retained on an exclusive basis to arrange the sale of four Queens properties, including residential, commercial and industrial listings. The properties range in price from $5 million and $29 million.

A team led by Senior Managing Director Stephen R. Preuss will represent the sellers in all marketing efforts.

The individual properties include 44-61 11th Street in Long Island City, an 18,500 square-foot retail and office encompassing the entire block front on the east side of 11th Street. The three-story building is fully-leased and consists of four separate tenants. The property also features future development potential as it allows up to 32,000 buildable square feet as of right for residential development. The asking price is $12 million.

Additionally, the team is marketing The Nemo Jamaica Assemblage at 177-02/06 Jamaica Avenue. The property contains an existing single-story block-through warehouse of approximately 15,790 square feet and a three-story mixed-use building of approximately 2,649 square feet. The gross square footage of the two buildings is approximately 18,430–square-foot. The residential units are currently occupied on a month-to-month basis. The warehouse portion and retail will be delivered vacant and poses an ideal opportunity for an industrial owner/user. The asking price is $5 million.

The properties also include 84-02 Roosevelt Avenue in Jackson Heights, a 16,348 square-foot block- through single-story plus legal lower level retail building. It is located on the south side of Roosevelt Avenue between Baxter Avenue and Forley Street. The approximate 8,731 square-foot lot is located within an R6/C1-3 zoning district, which allows for an as of right maximum mixed-use development potential of approximate 50,757 square-foot. Roosevelt Avenue in Jackson Heights is a well-trafficked commercial corridor filled with international culinary hotspots and a thriving nightlife. It’s also one the most ethnically diverse neighborhoods in NY. The asking price is $9.9 million.

In an off-market transaction, Streamline Roofing Services, LLC has purchased an industrial property located at 1410 Stratford Avenue in Stratford, CT for $375,000, announced Jon Angel, President of Angel Commercial, LLC, a commercial real estate firm based in Southport, CT. The property consists of a 2,922 SF one-story industrial building on 0.22 acres with two drive-in doors and immediate access to I-95. Streamline Roofing Services, LLC offers residential and commercial roofing services including repair, section replacements, maintenance and complete roofs for new construction. The business is owned by Damien Teed of Fairfield, CT. The seller was EEIC Realty, LLC.

The CPEX Development & Conversion Sales Team has sold a 15,000-square-foot development site in Astoria for $3,000,000, which translates to $199 per buildable square foot.The buyer, a local developer, plans to demolish the existing walk-up building on the site and develop a three-story, 17-unit residential property. The site is located at 12-19 31st Drive, one block away from Socrates Sculpture Park on the Astoria waterfront and one block away from Broadway, Astoria’s main retail corridor. The 11,170-square-foot footprint offers 15,080 buildable square feet for residential development. CPEX’s Development & Conversion Team, consisting of Managing Partner Brian T. Leary and Associate Directors Catherine Vintonik, Sutherland Dyke and Jidan Kim, represented the seller in this transaction. CPEX also procured the buyer.

Gebroe-Hammer Associates announced multi-family sales totaling $20.32 million and 118 units throughout Perth Amboy, Bradley Beach, Eatontown and Neptune where Gebroe-Hammer exclusively represented each of the sellers and/or procured the buyers.
Within the East Middlesex submarket, David Jarvis and Adam Zweibel arranged the $5.625 million trade of Spring Cove Apartments, a newly constructed 38-unit 55-and-over apartment-home community. To the south in the Shore submarket, Nicholas Nicolaou and Adam Zweibel closed the $4.57 million sale of La Reine Arms, at 201 Lareine Ave., in Bradley Beach. Just one block from the borough’s popular oceanfront boardwalk, the five-story property features a mix of studio and one- and two-bedroom units ranging from 500 to 1,000 SF. In nearby Eatontown and Neptune, Adam Zweibel finalized the trades of Throckmartin Apartments, a 20-unit garden-style community at 73 Throckmorton Ave., and 248-250 Myrtle Ave., a quaint 22-unit complex with a mix of one and two bedroom layouts. 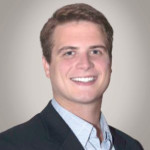 HPNY has closed on the off market sale of 2568 Broadway in the Upper West Side section of Manhattan for $66,00,000. The property is located on the southeast corner of 97th Street. 2 adjacent mixed use residential Elevator buildings consisting of 67 apartments and 3 stores. Ground floor tenants included Bank of America, Dunkin Donuts and Paris Baguette. The total built square footage is 80,000. The selling entity was an old time local family. Purchasing entity was a local investor along with Elian partners. Ivan Hakimian & John Florek of HPNY were involved in the transaction. 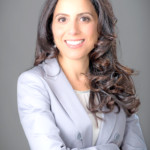 Redwood Realty Advisors is pleased to announce that it has assisted its client in successfully completing a 1031 Exchange following the sale of a multifamily property in Brooklyn, N.Y. The client reinvested proceeds in a multi-tenant retail center which includes a ground lease on a Dunkin’ Donuts in St. Petersburg, Florida. The investor acquired the property for $3,625,000 and a 6.4 percent capitalization rate.
Redwood Realty Director Constantina Drogaris, Esq. led the transaction team on behalf of the buyer. The Dunkin’ Donuts was built in 2012 and earned a Gold Level LEED certification – one of a few select Dunkin’ Donuts in the U.S. to be awarded this recognition. Other tenants at the center include a Little Greek Restaurant, Flippers Pizzeria and Salon Lofts.

A team from Daniel Gale Sotheby’s International Realty, one of the nation’s leading realtors, recently handled both sides of a transaction that sold the Inn at East Hampton to World Properties LLC. for $5 million. Daniel Gale Sotheby’s International Realty’s Inbar Mitzman, Lisa Ferraro and Dana Forbes listed and sold the Inn for their client, East Hampton Motel LLC. The Inn at East Hampton, now re-branded as Journey, is located at 490/492 Montauk Highway in East Hampton. The transaction closed privately using in-house attorneys and without financing.

NAI James E. Hanson arranged the sale of two parcels of land totaling 48 acres that have been approved for a zip line adventure park located at Mount Arlington Road and 1233 Route 46 in the Ledgewood section of Roxbury Township, N.J. NAI James E. Hanson’s John J. Schilp represented the seller, Darl Enterprises, LLC, in the sale to Flagstaff Extreme, LLC. The two vacant land parcels were listed separately with the option to purchase together. The smaller of the two parcels, at .17 acres, offers high visibility frontage on Route 46. The larger parcel, at 48 acres, is heavily wooded with steep slopes, and has already been approved for a zip line recreation park. The parcels are located between Routes 80, 46 and 10 and offer a prime location less than an hour from New York City.

Rosewood Realty Group announced the these two Brooklyn sales totaling over $25 million. The sale of 2470 West 1st Street in Gravesend Brooklyn for $15.7 million. This is a seven-story elevator apartment building with 71 apartments and approximately 25 parking spaces. The 59,100 square foot building was built in 1961. It sold for 14 times the current rent roll at a cap rate of four percent.Rosewood’s Aaron Jungreis represented the buyer, Aaa West Aaa LLC. The seller, who represented themselves was Gidina Partners, LLLC.
* The $5.125 million sale of 17 Van Siclen Avenue (between Arlington and Jamaica Avenues) in East New York. This four-story 20,596 square foot walk-up has 27 apartments. It was built in 1930 and sold for 11.9 times the rent roll, with a cap rate of 5.4 percent. Rosewood’s Realty Michael Guttman represented the seller and Ilya Tolmasov represented the buyer.
* The $4.825 million sale of 290 East 53rd Street in Brooklyn’s East Flatbush.
This is a four-story walk-up apartment building built in 1920 with 27 apartments and has 25,836 square feet. It sold for 11.9 times the current annual rent roll at a 5.79 percent cap rate. Rosewood Realty’s Michael Guttman represented the seller and Aaron Jungreis represented the buyer.