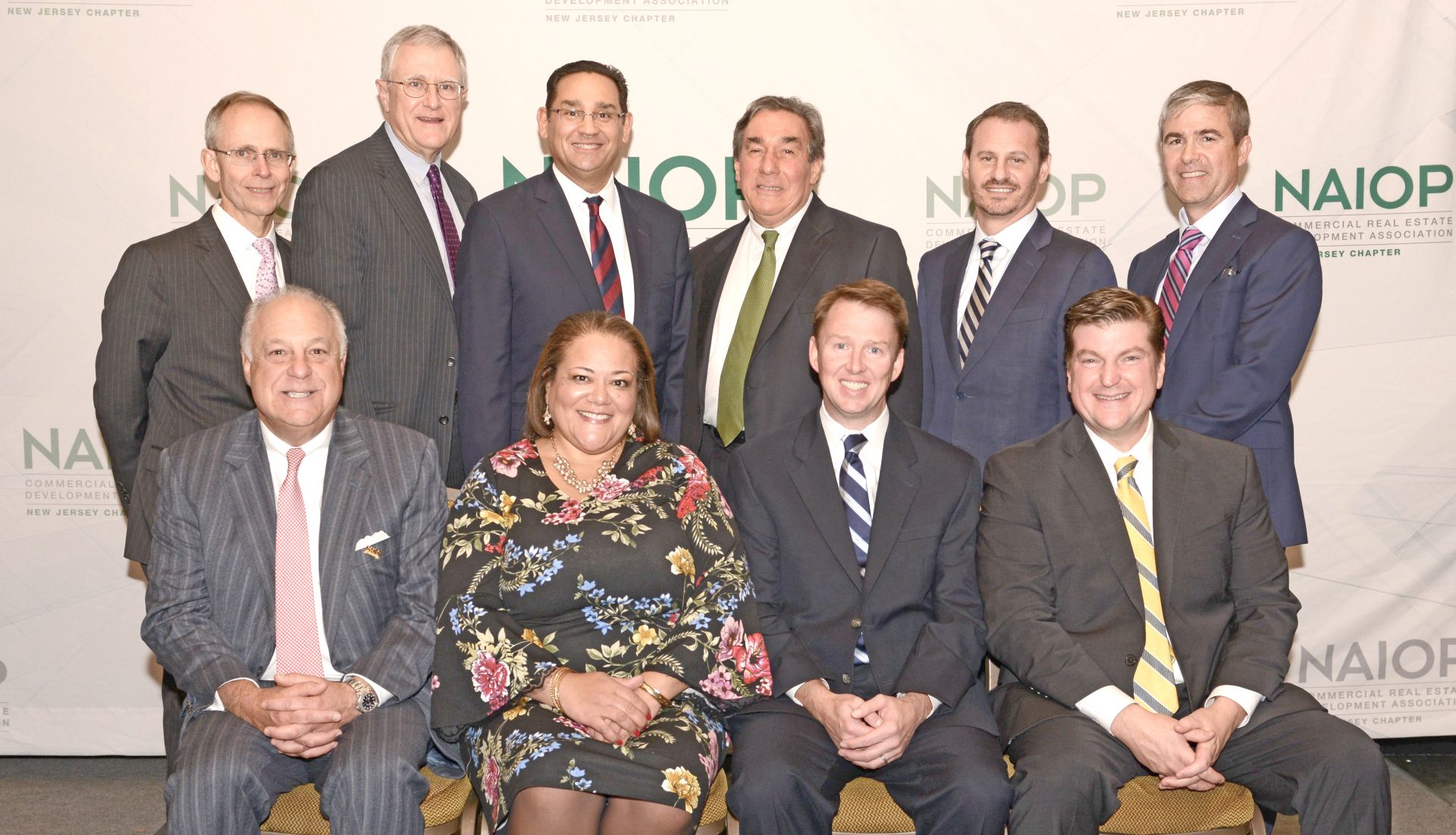 NAIOP New Jersey members were recently honored for their outstanding leadership, advocacy and career accomplishments at the chapter’s 14th Annual President’s Awards and Hall of Fame Dinner. The 2018 nominees to the commercial real estate development association’s Hall of Fame were also inducted.

The 2018 President’s Awards honorees were Tim Lizura, who was honored with the Legacy Award in recognition of his 22-year career with the New Jersey Economic Development Authority ; Liz Archer of Dewberry, who received the Pillar Award in honor of the example she sets in active membership, leadership and sponsorship; Chris Tansey of Melick-Tully, a Division of GZA Environmental, who was presented with the Volunteer of the Year Award; Sills Cummis & Gross’ Ted Zangari, who received the Advocacy Award in recognition of his outstanding leadership of the Smart Growth Economic Development Coalition’s transition working groups to produce meaningful recommendations for the incoming Murphy Administration.

Also awarded at the dinner was the Frank D. Visceglia Memorial Scholarship, which is presented annually to youth involved in scouting whose Eagle Scout and Gold Award service projects demonstrate strong leadership skills. This year’s recipients are William J. Mack III, who is majoring in biochemistry at Rutgers, and Caroline Morris, an International Studies major at Fordham.

World should be thankful for great US economy, say experts