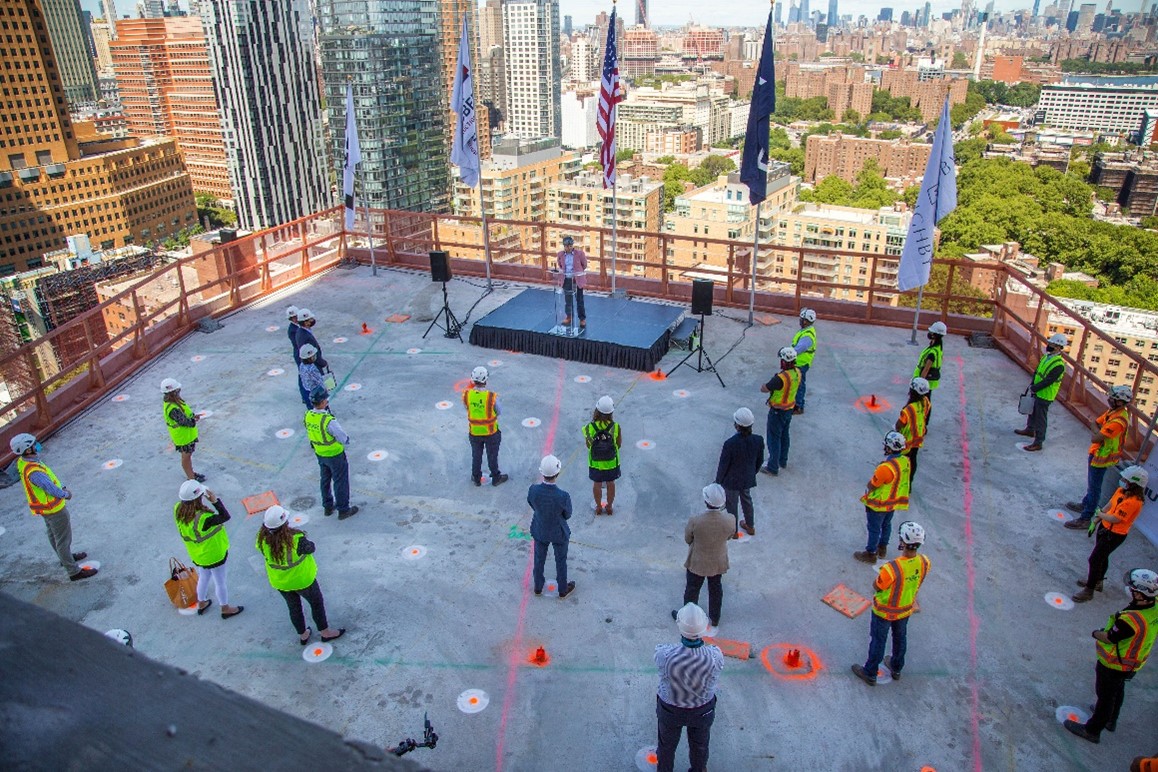 RXR tops out The Willoughby

RXR Realty and its partners have topped out The Willoughby, a new 476-unit apartment tower in Downtown Brooklyn.

The 600,200 s/f development broke ground in September 2019 and has moved along swiftly despite the ongoing pandemic.

“When we broke ground on this project last summer, no one could have predicted a global pandemic would alter our way of life and put New York and the region on an uphill road to recovery,” said Joanne Minieri, SEVP, Chief Operating Officer of RCS & RDS RXR Realty.

“This project creates over 1,000 construction jobs including WBE participation – all while proving we could work safely during these very unusual times. For that, I’d like to thank Jim McKenna and the Hunter Roberts team for keeping these jobs going and moving immediately to implement on-site health and safety protocols to keep everyone safe.”

At  a socially-distanced celebration for the topping out Michael Maturo, president of RXR Realty, was joined by Minieri, Jim McKenna, president & CEO of The Hunter Roberts Construction Group and Avi Polischuk, CEO of R&S United Services.

RXR acquired the air rights to build the tower on a former Long Island University athletic field from LIU. Developed for LIU Brooklyn. In return, the college is getting a new athletic facility and training fields at the corner of Ashland Place.

The Willoughby is a ground-up, residential building with a total of 476 units, where 143 units are set at the affordable rate of 130% AMI under The Affordable New York program.

“As a developer and a member of the larger New York metropolitan community, RXR not only tries to find great projects that satisfy demand in the marketplace, but that also look to strengthen institutions and local municipalities. The Willoughby is exactly the type of game-changing project that strengthens our institutions and prepares for the future, creating an economic development model to provide well-paying jobs that are needed now more than ever,” said Michael Maturo, President, RXR Realty.

“Today’s topping off represents empirical evidence that we are bringing New York back to life – more specifically, putting New Yorkers back to work in a safe environment.”

Building owners unveil effort to give New Yorkers back their mojo