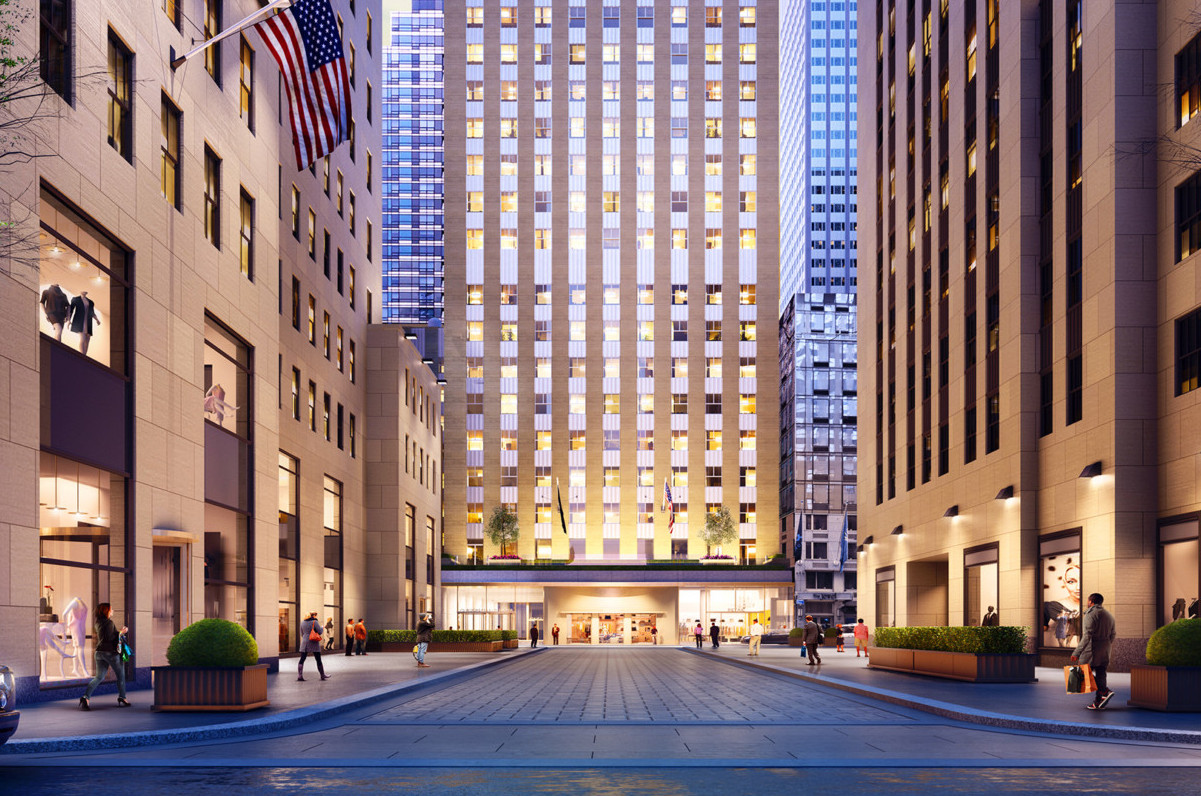 The landmark tower has been recreated into the most technologically advanced and efficient building within the historic Rockefeller Center district.

RXR spent $150 million to reinvent every aspect of the tower, leaving only the building’s original limestone façade, which was cleaned to its original finish.

75 Rockefeller Plaza has 623,000 s/f of total rentable space, 40 percent of which is pre-leased to tenants including American Girl, Merrill Lynch and Bank of America.  RXR Realty will move its headquarters into the building during 2017.

RXR took control of the post-war Class A building in 2013 when it signed a 99-year, triple-net lease.  It was originally constructed in 1947 for Standard Oil Company (ESSO).