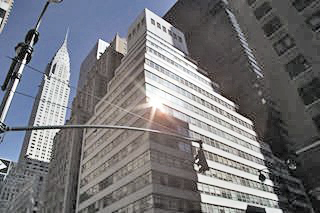 In a series of separate transactions, the Rudin Family is relocating two of its longtime nonprofit tenants to custom-built office suites within 355 Lexington Avenue, a 22-story, 250,000 s/f office building in Midtown East.

According to Bill Rudin, Co-Vice Chairman and CEO of Rudin Management Company, the operating arm of the Rudin Family holdings, both organizations have deep roots in the building. CCAR and RPB have been tenants at the property since 1997.

“These new leases are a testament to our relationships with CCAR and RPB, two organizations that we have housed for nearly two decades,” Bill Rudin said. “We are proud to help these prominent organizations continue their mission of service to their constituents and the community.”

Robert Steinman, senior vice president at Rudin Management Company, represented building ownership in both 10-year leasing transactions. There were no outside brokers in both transactions.

The new leases for CCAR and RPB continue a period of successful leasing activity at 355 Lexington Avenue. Over the last year, Rudin has completed more than 100,000 s/f of new leases and renewals at the building, highlighted by NADAP, Citymeals-on-Wheels, Harry Walker Agency, Wealth Advisory Group, Rogoff & Company and Time Square Construction.

Built in 1959 by the Rudin Family, the property has received several upgrades and improvements over the years, earning an Energy Star label in 2015 for its operating efficiency, as well as Gold certification from Wired Score.