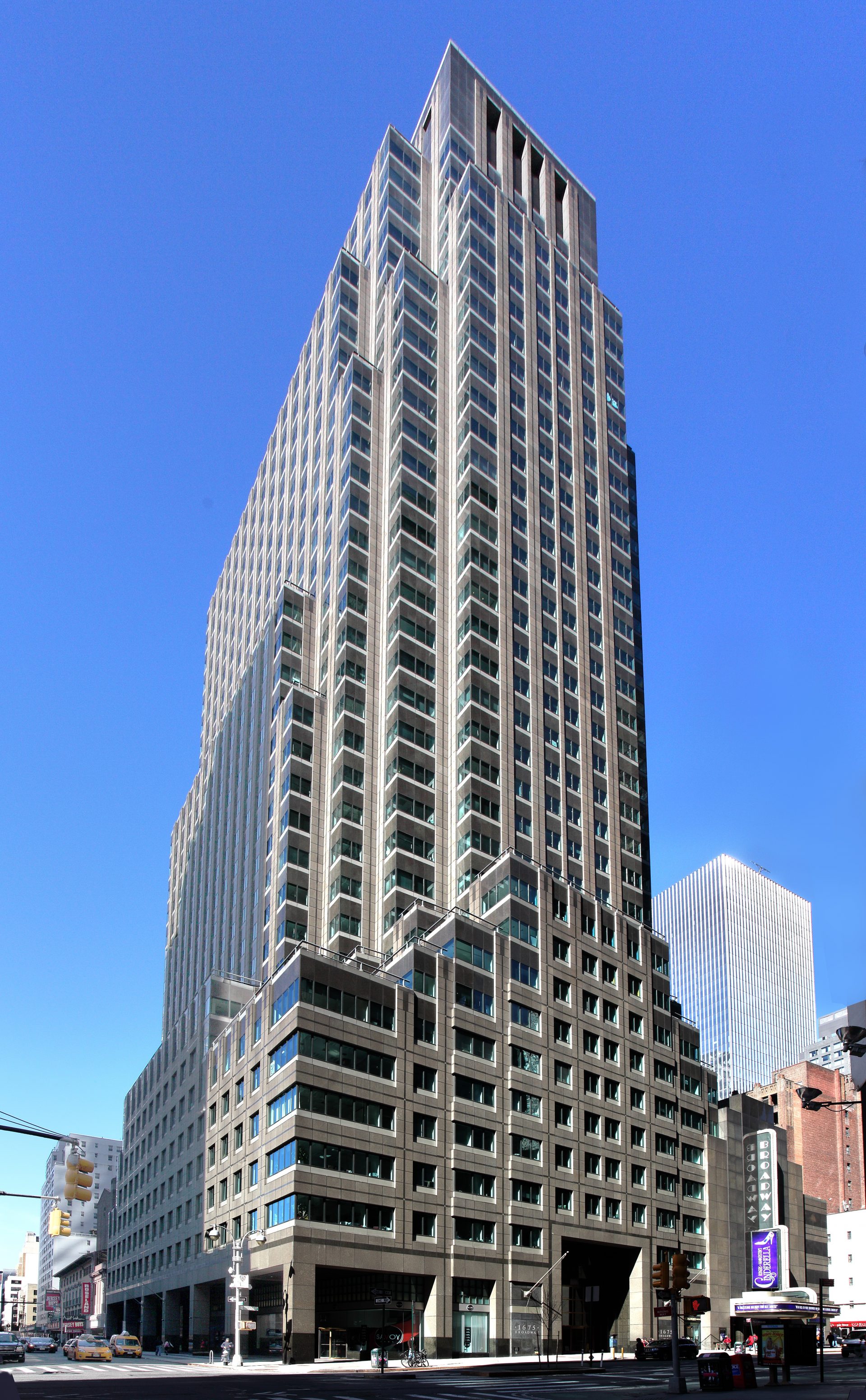 Porzio, a multi-practice law firm with eight offices across the U.S., will occupy a 7,423 s/f pre-built office suite on a portion of the building’s 18th floor. Through this agreement, Rudin will modify the space for their tenancy. The firm plans to relocate from its current location at 156 West 56th Street to 1675 Broadway in the first quarter of 2021.

With the new transaction, four prebuilt office suites remain available for lease in the tower, including two on the 18th floor and two on the 35th floor. The units, designed by architectural firm the Spector Group, range in size from approximately 5,800 to 13,000 s/f.

“They join a growing roster of blue-chip legal, financial and professional services companies attracted to 1675 Broadway’s prime location steps from Times Square and the high-quality environment we have created through our pre-built program.”

“During these uncertain times, Porzio is thrilled to continue its long-standing presence in the New York market and we are excited about our impending move to 1675 Broadway,” said Vito A. Gagliardi, Jr., Managing Principal of Porzio, Bromberg and Newman, and President of Porzio Life Sciences, LLC, Porzio Governmental Affairs, LLC, and Porzio Compliance Services, LLC.

“Porzio is proud to be in the position to continue to support our strategic growth initiatives, including the move to our new office in New York on the heels of opening our new Delaware office.”

Built in 1989 by Jack and Lewis Rudin, the green-gray Canadian granite office building at 1675 Broadway was constructed using the air rights over the adjacent Broadway Theatre.

Designed by FXCollaborative (formerly Fox and Fowle Architects) and situated at the corner of Broadway and West 52nd Street, the building features an Italian marble-clad lobby with vaulted ceilings, virtually column-free floor plates that can accommodate up to 10 corner offices, and a 60-car parking garage.

The property is Wired Certified Platinum and is steps away from the 7th Avenue and the 57th Streetsubway, which offers a direct connection to the Second Avenue subway.