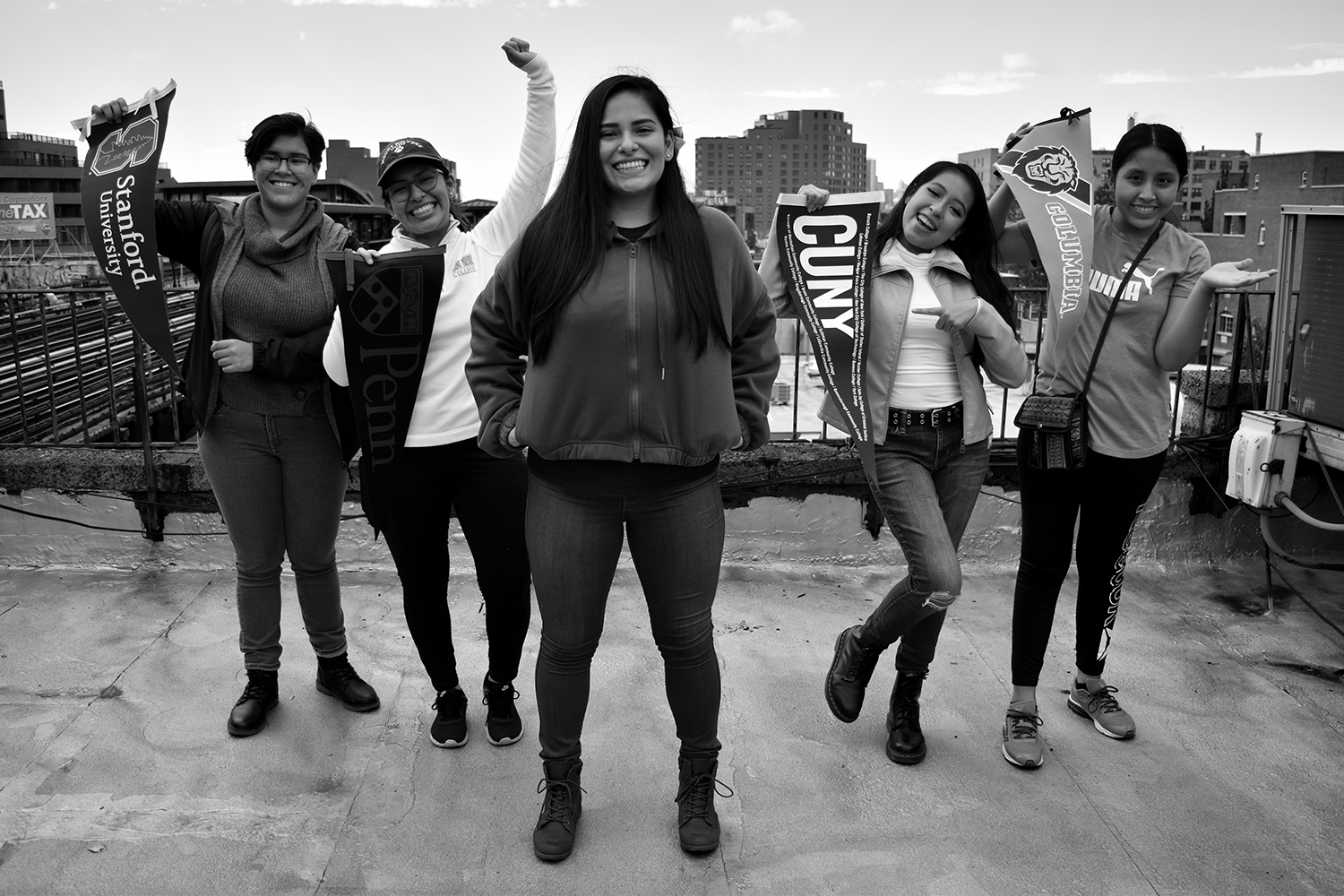 Five local entrepreneurs with creative solutions to some of the city’s most pressing challenges will each receive $200,000 to help them make their plans a reality.

Their ideas run the gamut from education to composting, immigration to child health, but each of them share a common goal to change the city in positive ways, according to Jed Walentas, who founded the David Prize in honor of his father, a trailblazing developer credited with transforming the DUMBO area of Brooklyn.

“From the very beginning, the Foundation’s goal was to activate the unseen entrepreneurs who — like my father in the 70s — have big plans that no one believes in quite yet,” said Jed Walentas.

“Through The David Prize, we have the opportunity to back these thinkers and support our city with a bottom-up approach,” said Jed Walentas. “I believe in New York, I believe in New Yorkers, and I believe in neighborhoods. The best thing I can do is give resources to people who can change the city in ways none of us have even dreamed of yet.

“New York City needs people like these five winners, and I can’t wait to watch them become the changemakers our city deserves.”

“I have never had more faith in the future of New York City after meeting the finalists for The David Prize,” added David Walentas.

“In a year that has shaken New York City to its core, it’s inspiring to meet people who epitomize the city’s passion, grit and creativity. They will help us get back on our feet and become better than ever before.”

●      Cielo Villa (pictured top) brings equity to NYC education: Cielo was born in Lima, Peru, before moving with her family to Ridgewood, Queens. Despite language and documentation barriers, Cielo navigated NYC’s public-school system, graduating from Wellesley in 2012, firmly convinced that all first generation and students of color in NYC should be able to access college, not just a lucky few. Cielo built a free online resource, Road to Uni, that acts as a supercharged, hyper-accessible college counselor, open to all and offering concrete tips and tricks, essay help, and support services in a flexible, real-time format. By solving for NYC’s chronic guidance counselor deficit, Cielo demystifies the application process and levels the playing field for every under-resourced NYC high schooler with a college dream.

●      Domingo Morales champions compost to spark sustainability in NYC: Born and raised in NYCHA housing, Domingo discovered a fascination with composting while interning at Green City Force. He dedicates his life to transforming NYC’s trash — 1/3 of which is organic! — into a useful resource and a driver of community empowerment. While leading Red Hook Farms’s composting operation he became an expert in food chemistry and safe, healthy waste management.  Domingo’s superpower?  Making sustainability cool and explaining how composting can be a path to neighborhood revitalization and health. Now, through his new education initiative Compost Power, Domingo is developing an expert ‘how to’ compost guide in support of composting processes across the city, and will be opening new and renovated compost sites across NYCHA housing and other locations around the city.

●      Edafe Okporo hopes to end street homelessness in NYC: Five years ago, Edafe was a visible advocate for LGBTQ rights in Nigeria, despite its laws criminalizing same-sex relationships. Violence forced him to flee to the US, where he entered an asylum process that left him homeless — and even more passionate about helping others. Edafe came into leadership at the RDJ Refugee Shelter, a model for ending street homelessness in New York City built on partnerships with faith institutions and fueled by targeted advocacy. RDJ is more than a shelter; it is a space where asylum-seekers and hardworking immigrants like Edafe can restart their lives in a complex new environment. There are 83,000 people seeking housing in NYC; Edafe’s goal is to ensure that each one can transition to stability with dignity and purpose.

●      Manuel Castro is breaking the stigma of undocumented labor in NYC: A New Yorker, a Dreamer, and the son of a day laborer, Manny Castro has made it his mission to help undocumented workers in Queens, where predatory “employment agencies” and anti-immigration sweeps are all too common. As director of the New Immigrant Center for Employment (NICE), he is building on his experience to reimagine a new kind of worker center. This center will be an immigrant-run and owned cooperative that supports workers by helping them find safe, dignified jobs, while holding employers accountable.

●      Dr. Suzette Brown sees a new way to help NYC’s underserved children access healthcare: Suzette is a pediatrician seeking to change the way healthcare is delivered in NYC’s poorest neighborhoods. Her company, Strong Children Wellness, uses a ‘reverse integration’ concept, embedding pediatric clinics within existing social service locations. This blended approach means that a comprehensive team of doctors, therapists and more, can address the varied needs of children and families, making it easier and better for all involved. Suzette and Strong Children Wellness are also piloting a value-based payment system for pediatric care.

The second annual David Prize open call opens today! The Prize is open to any individual working in New York City’s five boroughs whose vision is to change New York City to be a better and brighter place — whether socially, economically, culturally, environmentally, artistically, or otherwise. To apply or nominate someone, please visit: thedavidprize.org.