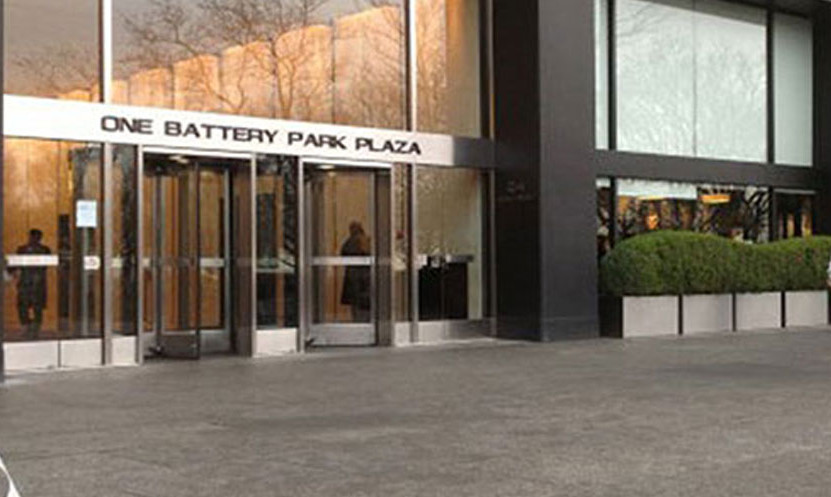 The Rudin Family, together with their partner, investment advisor and asset manager Allianz Real Estate of America, announced that two companies have signed leases totaling 24,530 s/f at One Battery Park Plaza, a 35-story class A office tower in Lower Manhattan.

In the largest transaction, the New York City Fire Pension Fund has finalized a 15-year, 20,679 s/f lease on a portion of the building’s 9th floor.

The organization, which is currently located at the FDNY Headquarters at 9 MetroTech Center in downtown Brooklyn, expects to relocate to One Battery Park Plaza in fall 2018.

Also relocating to the building is independent online news organization Genomeweb LLC, which is taking a five-year, 3,851 s/f lease on a portion of the 8th floor.

The publication, which covers genetics news, science and technology, is currently located at 40 Fulton Street and expects to move to the building later this year.

The new tenants will join architecture firm CetraRuddy, which signed a 22,894 s/f lease on a portion of the 8th floor last year, as well as the Global Impact Investing Network, Inc. (GIIN), which moved to a 9,200 s/f space on the 2nd floor in the fall.

“These commitments are a reflection of the entire downtown market today, which is being driven by strong leasing activity by TAMI tenants and the financial services sector.”

Available space at One Battery Park Plaza includes a 9,500 s/f pre-built unit on the 2nd floor and a 6,066 square-foot unit on the 9th floor. Asking rents are $55 per square foot.

One Battery Park Plaza was constructed in 1970 by the Rudin and Rose families. In 2012, the Rudin Family acquired the Rose family’s 50 percent stake and had retained 100 percent ownership until forming a joint venture with Allianz Real Estate.

40,000 s/f snapped up at new-look Bruckner Building in The Bronx